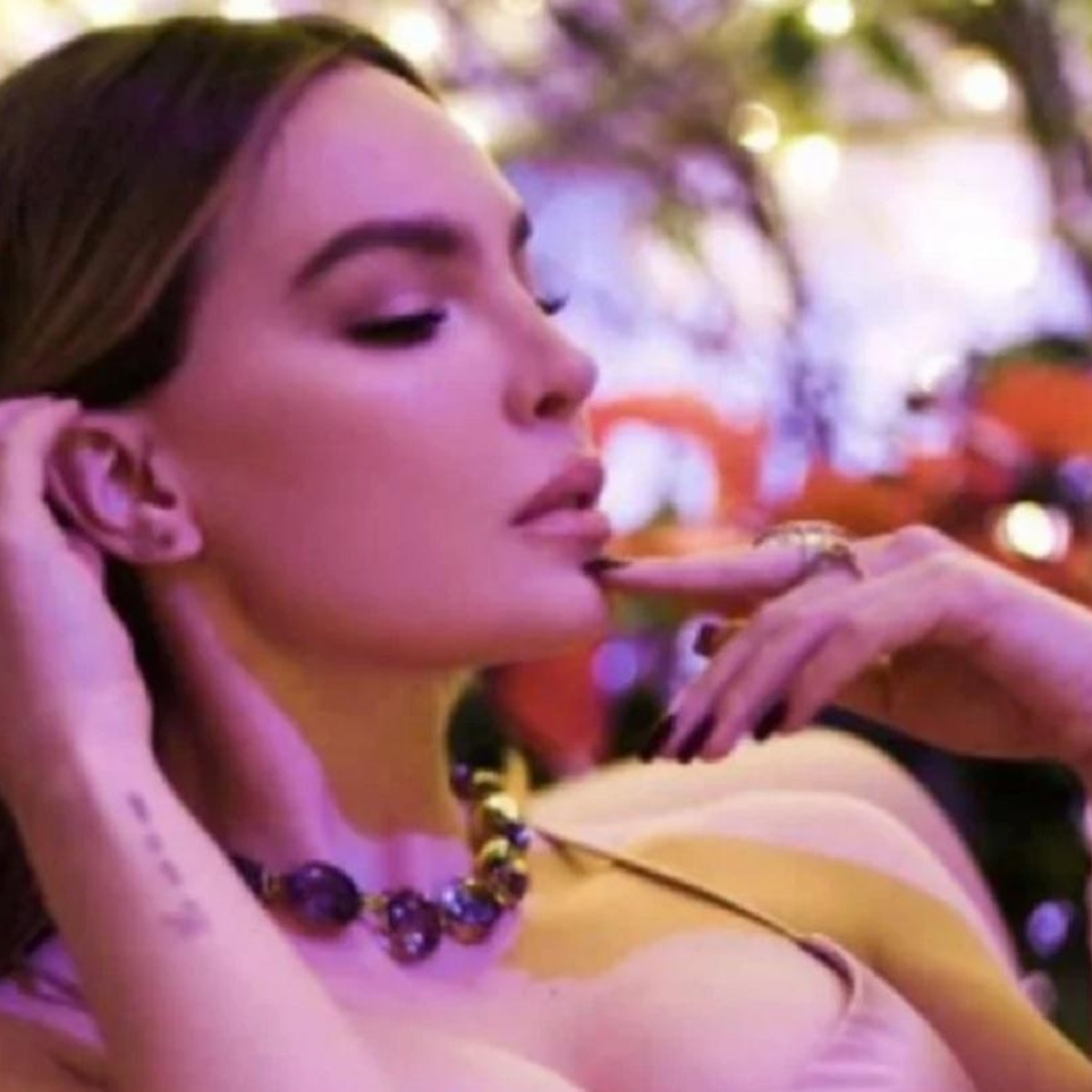 Belinda is the famous Spanish-Mexican singer that not long ago he premiered his series on Netflix at the beginning of the month and that he has also dedicated himself to sharing various photographs in which he alludes to his famous project.

Although on this occasion, the photos that the green-eyed shared quickly went viral, since in addition to looking simply beautiful, the beautiful singer decided to give a special touch to his session including an exotic animal.

It seems that the beautiful singer Belinda has recently taken the opportunity to generate an environment worthy of the biblical passage that precisely speaks of Eden and original sin, by posing with a huge viper.

The interpreter of Bella treason ended up getting a series of hot images in which, in addition to wasting sensuality, she shows off her courage and taste for nature.

That is why he not only chose for the snakes to be in the scenery, but also dared to pose with them. And as he held her in her arms, she watches as she keeps her cool and steps into her model role.

Previously, the famous interpreter had shared photo sessions in which she was shocked by the nature of her outfits, but this is the first time she has participated in a series of photos or with so many symbols and background content.

The concept of Belinda’s images

It seems that her photos evoke the garden in which Adam and Evan lived at the beginning of time, Belinda decided to title her post “The real Eden”, which shows what her intention was when publishing the controversial images.

As expected, on social networks, her followers did not hesitate to repost her photos, which already have thousands of reactions and comments in which her beauty is flattered.

It should be noted that the beautiful Belinda wears a simple makeup that makes her eyes stand out by focusing on opening her eyes with several layers of mascara, while her lips take center stage due to the chosen matte orange tone, which is ideal for her skin tone. .