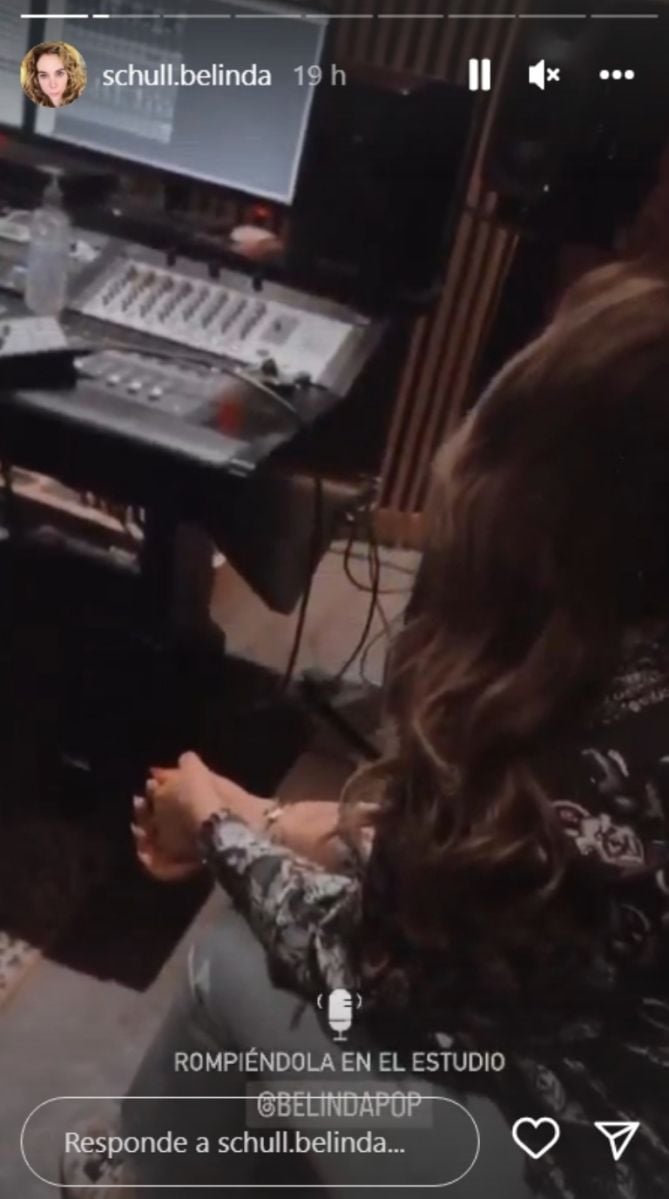 After a digital battle between Christian Nodal and Belinda Schüll, Belinda’s mother, went viral, culminating in the publication of a conversation between the ex-partnerwith which the Mexican regional singer sought to show Schüll.

Given this situation, rumors began to circulate that Belinda supposedly stopped talking to her mother, probably to avoid another controversy and take care of her private life.

Nevertheless, It was Belinda Schüll herself who was in charge of denying this version, because through her Instagram account, the 57-year-old woman shared videos with her daughter.

Through the stories of the social network, she shared a video in which both can be seen in a recording studio, where the interpreter of “Luz singravida” works on a new song: “Creating new music” his mom wrote.

In the second video, Schüll is seen very attentively while observing the Mexican singer, likewise, in the text of the video he added: “Breaking it up in the studio.”

“A hit is coming“Wrote the singer’s mother in the last story, where you can see the interpreter of “Love at first sight” recording with headphones on, while her mother looks at her proudly.

It should be remembered that the mother of Belinda was the one who sparked all this controversy because she applauded a fan’s comment in which she calls the Mexican regional singer “naco”. As Nodal, he shared a conversation with Belinda where he first wrote: “20 years reaping the fruits of his daughter until leaving her with nothing. Leave me alone, I’m healing. I don’t bother them, I don’t even demand my credits in songs or in life, everything beautiful that is happening deserves it and it cost me too. When I got tired of giving, it was all over.”

In the same tweet, he shared screenshots of a WhatsApp conversation with Belinda in which she asked him for money to fix her teeth and for her parents.