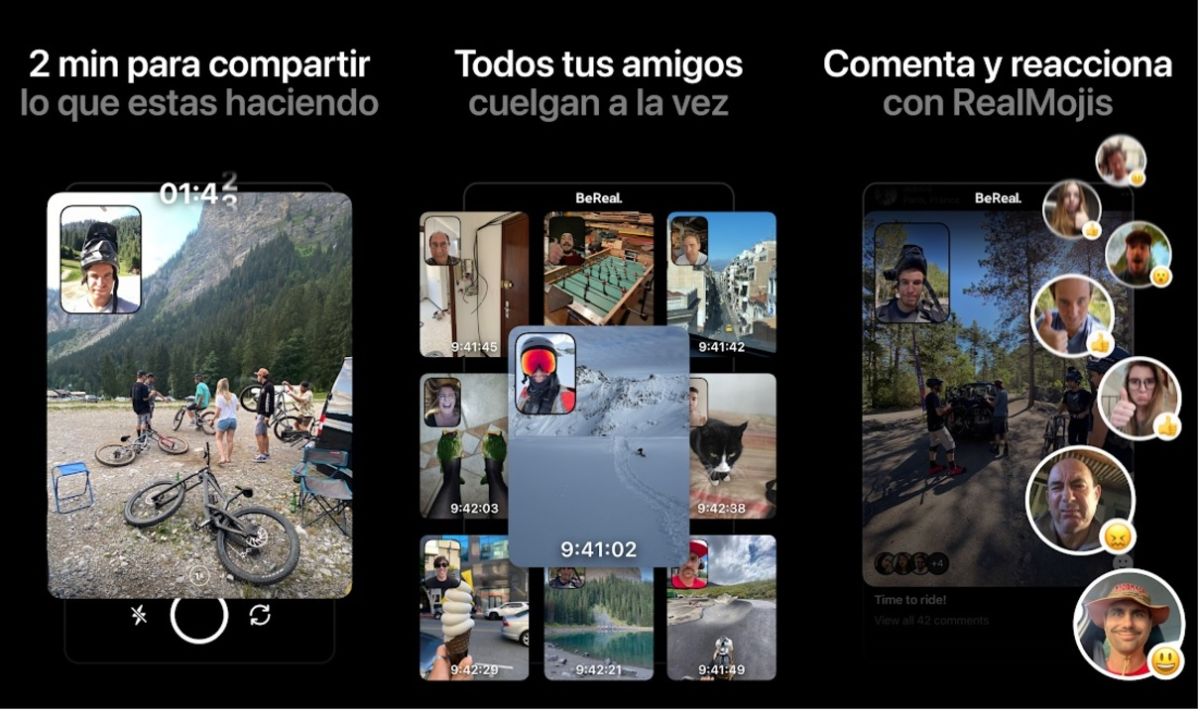 Sharing real photos without any type of filter, that is the proposal of BeReal, a new social network that is capturing the attention of millions of users thanks to the fact that it encourages them to be authentic.

BeReal statistics show the success it is having, especially among young people. According to figures from the firm Apptopia, which is responsible for analyzing the behavior of applications, the number of active users of the platform increased this year by 315%.

Although the application is enjoying great success at the moment, both on Android and iOS, it is not a new app. BeReal hit the market in 2020.

How does the app work?

BeReal allows its users to share photos of themselves with other people within the application. However, what sets it apart from other platforms like Instagram or Facebook is the fact that the app asks them to upload a photo daily of whatever they are doing at that moment.

This allows your followers to get a glimpse of that person’s life at that very moment. The most attractive thing is that photographs cannot be enhanced with filters or any other type of editing softwaresince BeReal does not have this functionality, as it does in other social networks.

“Notifications are sent around the world simultaneously at different times each day,” say those responsible for the application, who point out that the time is not chosen at random.

After receiving the notification, the person takes two photos at the time of taking the selfie, since in addition to the self-portrait, another photo is taken from the main camera to see what the user is doing.Once published, the photos can only be viewed by that person’s friends on BeReal.

This may also interest you:
– Donald Trump launches his own social network, “Truth Social”, to compete with Twitter and Facebook
– Chinese social networks will show the location of users to stop rumors
– Louisiana man live streams murder of woman inside his car