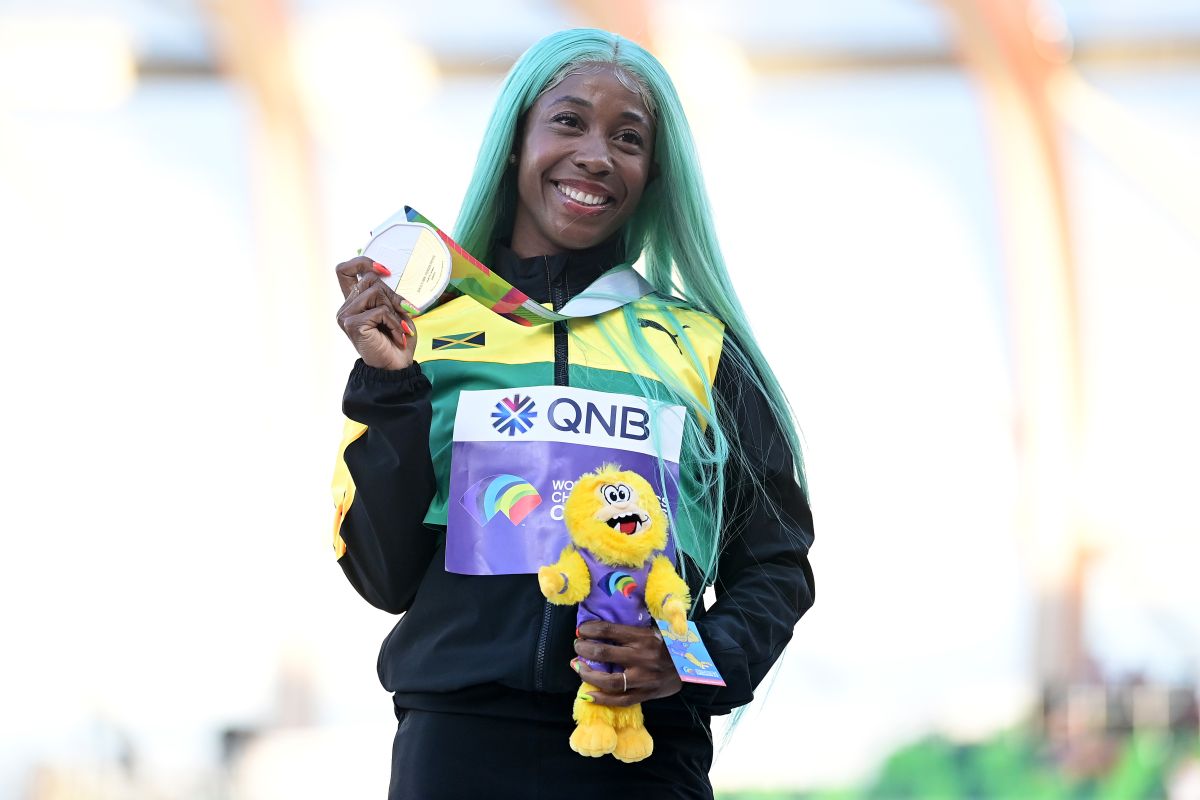 He shook his fist and yelled. The gesture of a queen of speed: the Jamaican athlete Shelly-Ann Fraser-Pryce won her fifth world title in the 100 meters.

On Sunday, Fraser-Pryce stopped the clock at 10.67 seconds at the World Championships in Athletics in Eugene, USA, setting a new record (in championships).

She was followed by her compatriots Shericka Jackson and Elaine Thompson-Herah, who took silver and bronze, respectively.

Fraser-Pryce, 35 years oldbecomes the first person to win five world titles in an individual track event at a world championship.

In addition, it is the first time that a nation has achieved an outright win in the women’s 100m in a world championship.

The same Jamaican trio accomplished the feat at last year’s Olympics in Tokyo (Thompson-Herah had won their second gold on that occasion).

Jamaica had already done it at the 2008 Games in Beijing.

“I won’t stop until I stop believing in that”

Three of them he conquered after give birth to her son Zyonin 2017.

“I feel blessed to have this talent and to continue to do so at 35 years old, to have a baby, to move on and hopefully inspire women to make their own journey,” said the athlete.

“I can’t even imagine the number of times I’ve had setbacks and I’ve bounced back and I’m here again.”

“I keep reminding myself that sometimes it’s not because you don’t have the ability, it’s about when the time is right. it was the right time And I am very, very grateful for the continued support.”

“This is the third 1-2-3 (Jamaica’s top three finishes in the race) I’ve been a part of and I’m really excited. I was able to win.”

Fraser-Pryce had become the older woman in capturing a 100m world title in 2019, and holding on to that record for three years, and retaining it at the event in Eugene, shows no signs of letting up.

“As long as I’m healthy I’m going to compete. I am motivated and always hungry to do more. I always think I can run fasterI won’t stop until I stop believing in that.”

“He has lived in the shadow of Usain Bolt”

“Shelly-Ann Fraser-Pryce is amazing. The 100m is arguably the hardest event to repeat as champion, and she has done it five times,” she said.

“His longevity (in elite athletics) is extremely impressive, considering he won his first world title in the 100 meters in 2009, and I think that has been underestimated many times. She has lived in the shadow of Usain Bolt.”

“They both won their first Olympic titles in the same year, 2008. He’s long since retired and she’s still going, had a kid, came back and runs even faster.”

“It is a testament to his greatness – his longevity and consistency are amazing in an event that is very difficult.”

The women’s 100m world record is still named after the American Florence Griffith-Joyner, who set it in 1988: 10.49 seconds.