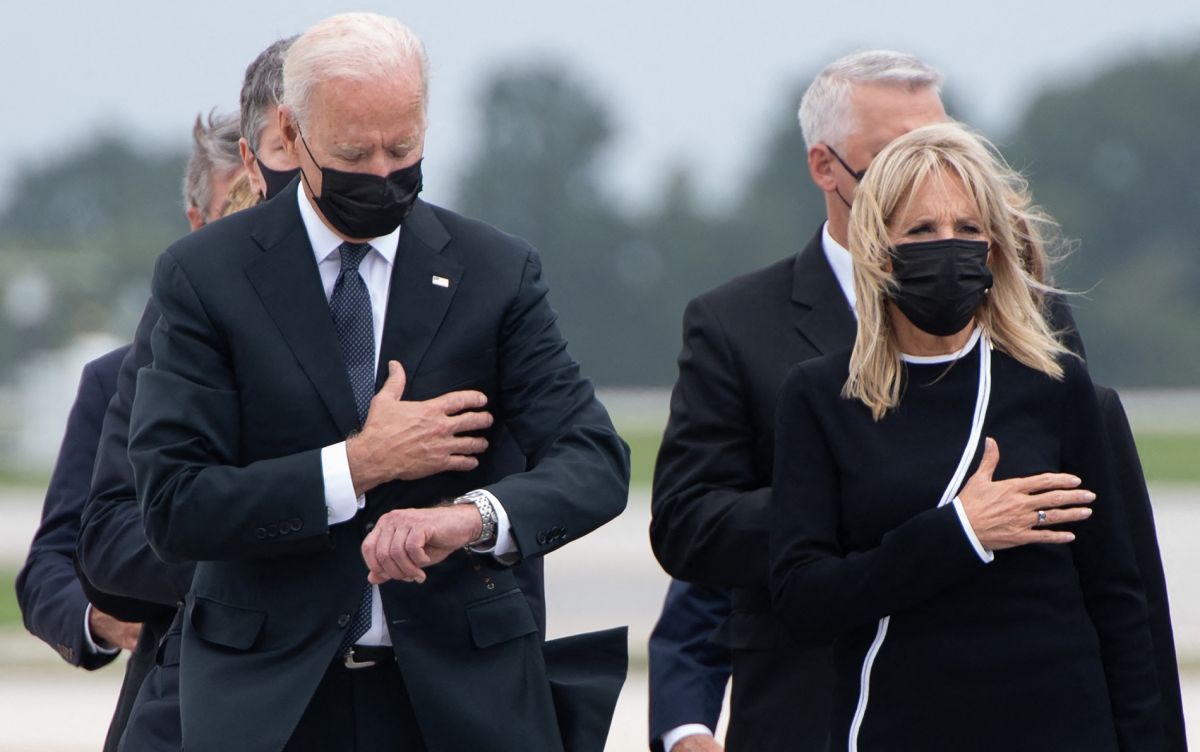 The president’s detractors Joe biden They found a new controversy, as they accuse him of keeping an eye on his watch during the tribute to the 13 soldiers killed in Afghanistan during an ISIS attack.

Users on social networks, such as Twitter, published images from several television stations, which was commented on by the president’s detractors.

“Biden appears to be checking his watch during the solemn ceremony at Dover Air Force Base,” wrote Benny Johnson, a Newsmax contributor whose comment and video went viral.

Biden appears to check his watch during the dignified transfer ceremony at Dover Air Force Base. pic.twitter.com/oMsBefnmfS

However, there were those who criticized the president’s detractors, such as the former senator and veteran Richard Ojeda.

“64 soldiers died in Afghanistan under the surveillance of tRump (sic), but you kept quiet,” he said. “Most of you didn’t care. Now that Biden is president, are you suddenly worried? You know I’m right! It has nothing to do with the troops … but with your politics. They should all be ashamed ”.

64 troops died in Afghanistan under tRump’s watch yet you sat silent. Most of you didn’t care. Now that Biden is president you care all of the sudden ?? You know I’m right! It has nothing to do with the troops… .but rather your politics. You should all be ashamed.

There are opposition journalists who even made an “analysis” of the moment, such as Nicholas Fondacaro, a Fox News contributor, who described the action of the video as if network users could not determine what they were watching.

“You can see him shake his left hand to pull the watch from up his sleeve, then look at it,” he said.

It’s true. Joe Biden checked his watch during the dignified transfer of the servicemembers killing in Afghanistan at the airport. You can see him jerk his left hand to pull the watch out from under his sleeve, then look down at it. pic.twitter.com/M3QVzJbTIm