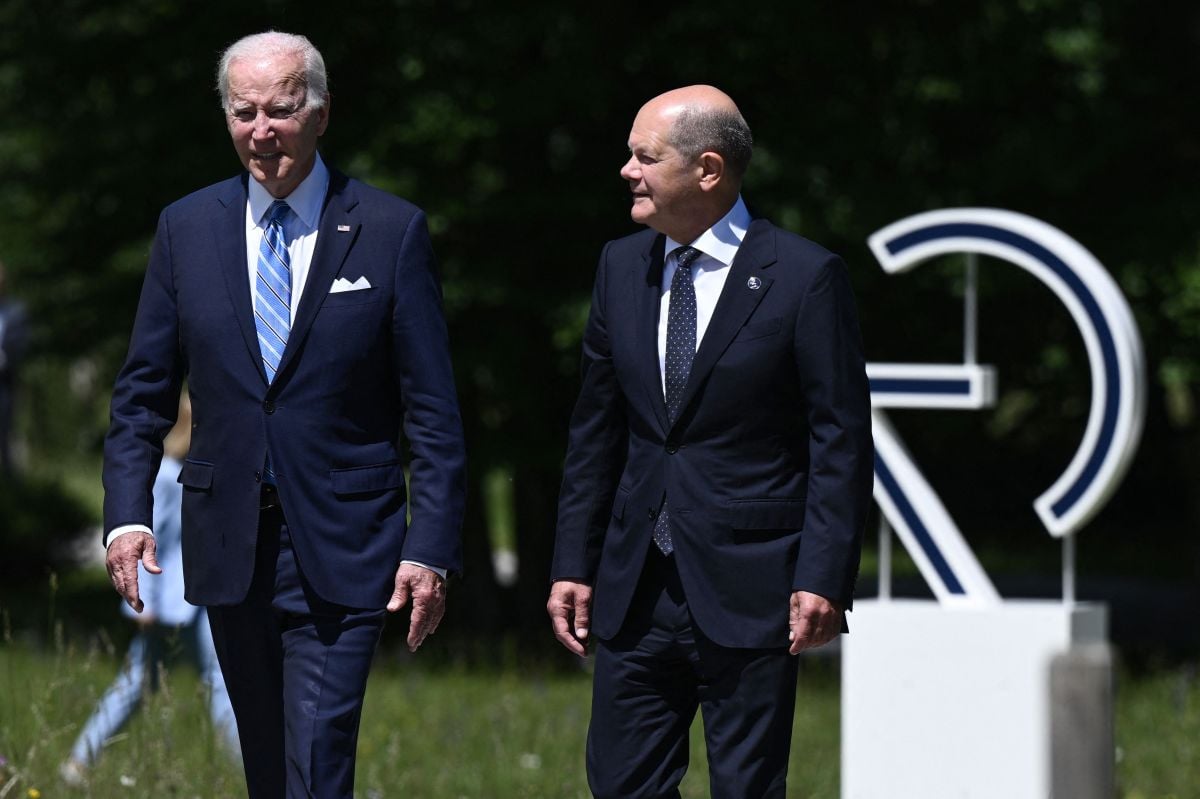 The German chancellor, Olaf Scholz, and the US president, Joe Biden, met this Sunday in Elmau, a few hours before the formal start of the G7 summit in that castle in Bavaria, from which the US and the United Kingdom they aspire to the emergence of new sanctions against Russia.

Both leaders appeared after the meeting on a terrace overlooking the impressive Bavarian mountain landscape, behind bulletproof glass, after which they spoke for a few minutes before the cameras, although without making statements to the media.

“We have to make sure that we are united and continue to work on the economic challenges that we face,” Biden told Scholz in the brief exchange of words that the two had in front of the cameras.

“(Russian President Vladimir)) Putin has been counting on the division of the G7 and NATO,” added the US president, who completed: “but we have not done it and we will not do it.”

The American president added to Scholz – whom he said is “one of the closest allies” of the United States – in relation to the challenge posed by the Russian invasion of Ukraine: “we will overcome it”.

Biden, who arrived in Elmau on Saturday night, announced this Sunday that the G7 will announce the ban on the import of gold from Russia, among the measures aimed at sanctioning the invasion of Ukraine by that country.

The American leader affirmed, through Twitter, that “together with the G7 we will announce that we prohibit the import of Russian gold, a major import that generates tens of billions of dollars to Russia.”

The US president added on the social network that “the United States has imposed unprecedented costs against (Russian President Vladimir) Putin to deprive him of the income he needs to finance his war against Ukraine.”

Biden’s purpose is shared by British Prime Minister Boris Johnson, according to sources from his delegation before the start of the summit of the seven powers -Canada, Japan, France and Italy, together with the US, the United Kingdom and Germany, which holds the rotating presidency of the group.

Johnson will try to convince the rest of the G7 – that is, including the partners of the European Union (EU), Germany, France and Italy – to join those sanctions, according to British sources.

The delegations of the three EU partners present in Elmau are already addressing this possible extension of the sanctions with regard to gold, although at the moment there are no decisions on the matter, German sources indicated.

Nor is it considered, by Berlin, that Germany should assume a leadership role within the EU bloc regarding the war in Ukraine, as the White House apparently proposes.

Scholz’s purpose is to “seek consensus”, rather than assume leadership, both within the G7 and in the meetings to which the leaders of the five countries invited to the summit will join tomorrow -India, Indonesia, South Africa, Senegal and Argentina-, the latter representing all of Latin America and the Caribbean.