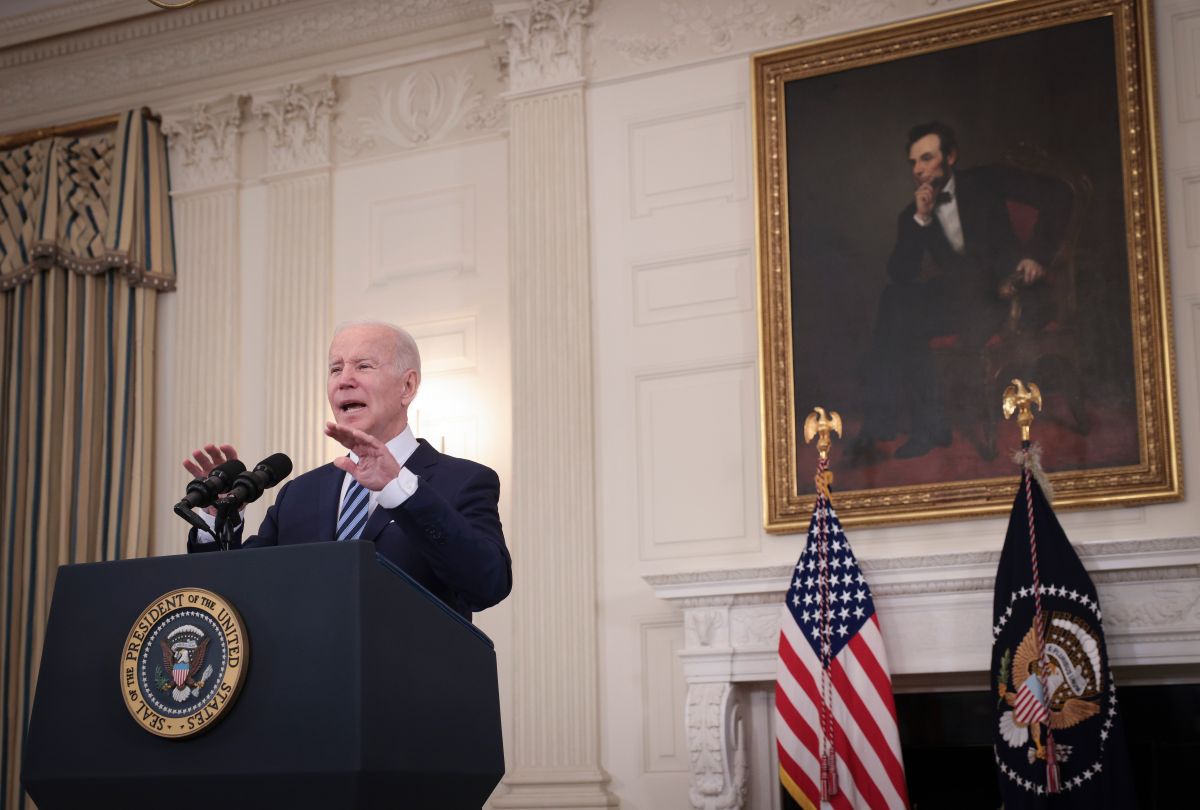 WASHINGTON- The president of the United States, Joe Biden, celebrated this Friday what he described as a “drastic decrease” in COVID-19 infections. in recent weeks in the country, although cases remain high compared to other times of the pandemic and there is an upward trend in deaths.

“The COVID-19 crisis has been cut in half in just three weeks. There are still too many cases and we need to be vigilant. But let’s be clear, this is a drastic decline,” Biden said in a speech from the White House to discuss the jobs data.

Indeed, the weekly average of new cases in the United States has dropped from almost 790,000 on January 12 to around 378,000 this Wednesday, February 2, according to the latest data from the Centers for Disease Control and Prevention (CDC).

The drop in infections is being registered in practically all states, and in some, like New York and Maryland, it is more than 70% in the last two weeksaccording to the count of “The New York Times”.

However, cases are still much higher in the country than before the Omicron variant arrived: in early December, the weekly average of new infections was around 100,000.

At the previous height of the pandemic in the United States, in January 2021, that average was no more than 250,000, according to CDC data.

Hospitalizations are also falling, although they remain at one of their highest levels in the entire pandemic, with a weekly average of about 133,000indicates the tracking of the “New York Times”.

And the current trend in deaths is on the rise: the weekly average is 2,400, double the number in mid-Decemberaccording to the CDC.

That surge worries experts because it is so much more pronounced than in other developed countries: Americans are now dying from COVID-19 at a daily rate almost double that of the British and four times that of the Germans, an analysis of “ The New York Times”.

In all these countries there are more citizens vaccinated and with booster doses than in the United States, where only 64% of the population is immunized with two doses and only 42% of those who could get a third dose have done so, according to the CDC.

• Deaths from Covid increased by 9% globally in the last week
• If you have not yet been infected with Covid, you may have “innate immunity” to the virus
• Airlines ask Biden to eliminate Covid tests on flights to the US to reactivate international travel