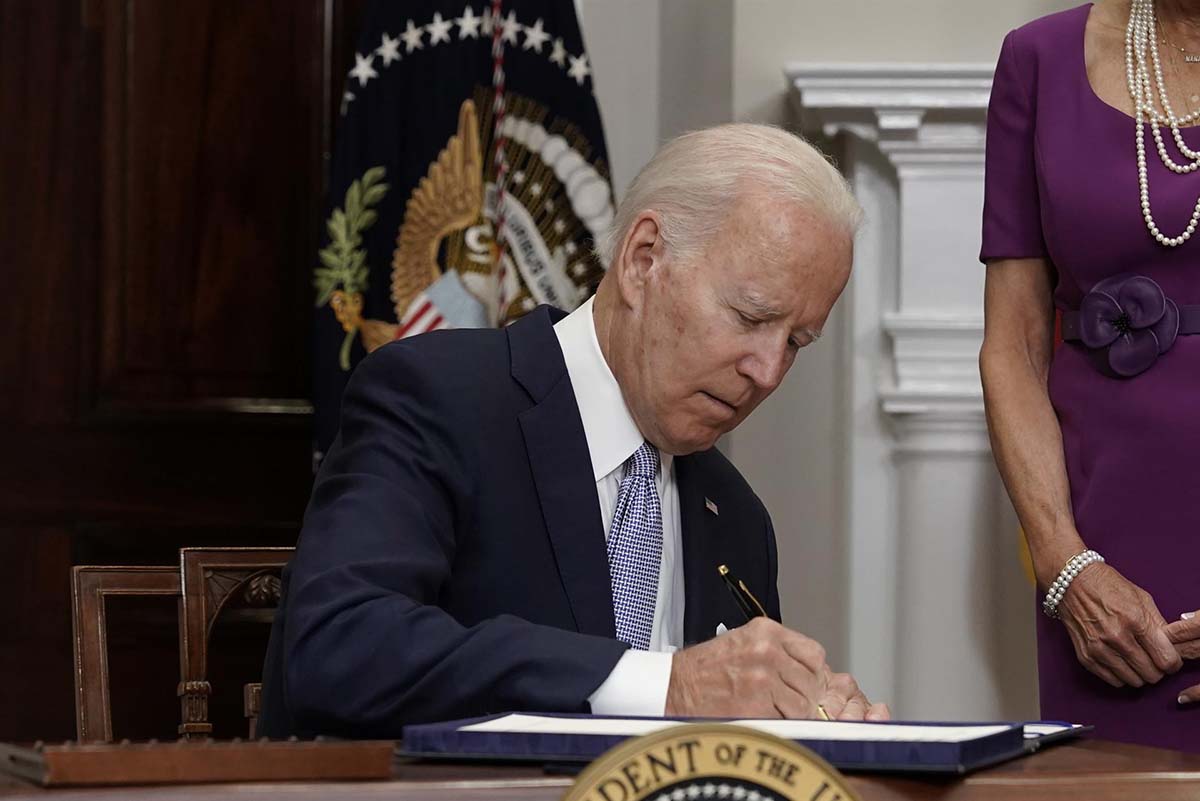 The president of the United States, Joe Biden, signed this Saturday the agreement voted yesterday by Congress that minimally restricts access to weapons, thus giving it the status of law, and said he hopes it will save many lives.
“With God’s permission, this will help save many lives,” Biden said just after signing the document, and also had words for the families of victims of violence with firearms, whom he acknowledged had led the way to reach today’s date.
The United States House of Representatives approved on Friday a historic, albeit minimal, agreement between Democrats and Republicans to strengthen control of firearms after the latest mass shootings in this country.
The agreement had already been approved Thursday night by the Senate, a month after the massacre in Uvalde (Texas), where a young man broke into an elementary school and killed 19 children and two teachers with a semi-automatic rifle.
The law includes a review of the process for buying weapons for those under 21 years of age and extends the so-called “danger alert” (“Red Flag”) laws to the entire country, which allow the activation of a legal procedure to confiscate firearms. fire of those who represent a danger to third parties or to themselves.
In addition, it seeks to put an end to what is known as “the boyfriend’s legal loophole”, whereby until now if someone is accused of domestic violence without being married, they are allowed to continue owning weapons, something that does not happen in the case of married people.
Apart from slightly restricting access to weapons to certain people and under what circumstances, the agreement between Democrats and Republicans includes more funds for mental health resources and to strengthen security in schools, two aspects that defenders insist on. of guns every time there is a shooting in the US.
The Uvalde event on May 24 was preceded by another mass shooting in a supermarket in Buffalo (New York), this time for racist reasons, in which a young white man murdered ten people.
As soon as the Uvalde massacre occurred, the negotiations that have led to this project began, which were headed by Democratic Senator Chris Murphy and Republican John Cornyn, with the support of the leaders of both parties in Congress.
The final approval in Congress comes a day after the Supreme Court of the United States, with a conservative majority, extended the right to bear arms by endorsing that they can be carried in public.