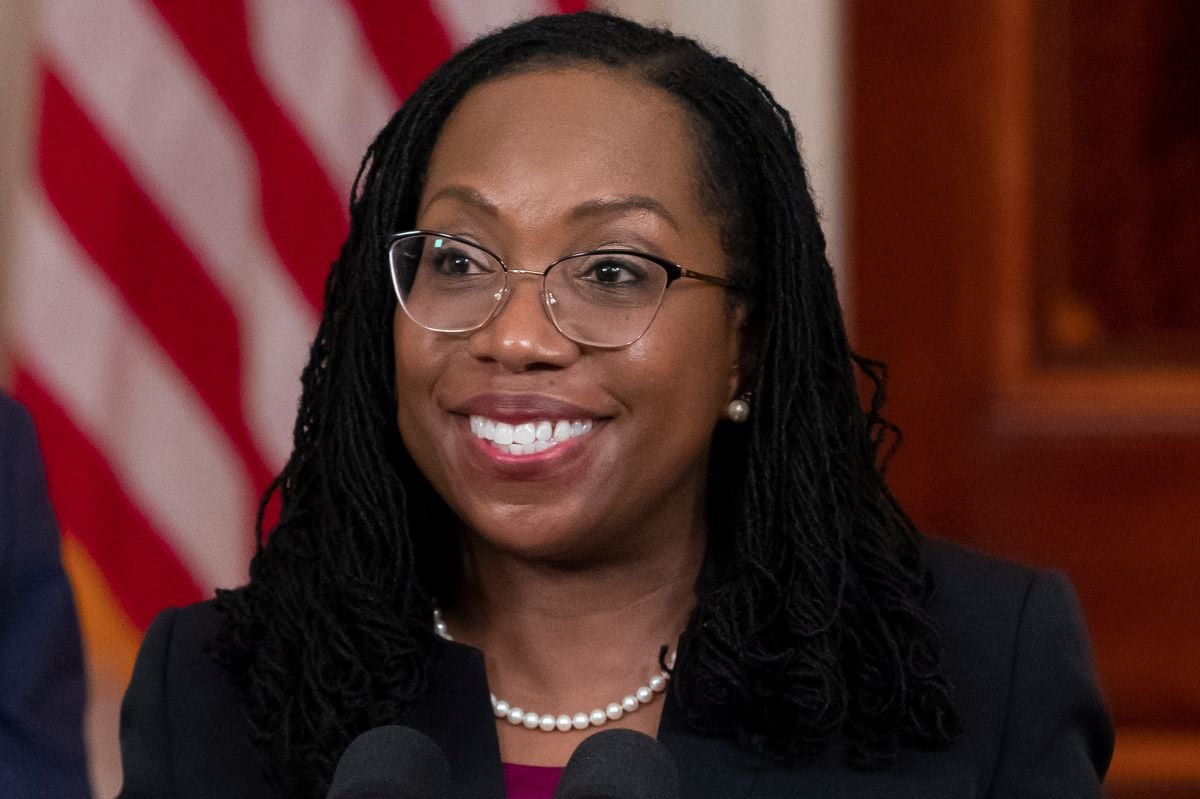 President Joe Biden on Friday nominated Justice Ketanji Brown Jackson to the United States Supreme Court, elevating an African-American woman for the first time to a seat on the high court.

In a formal ceremony at the White House on Friday afternoon, Biden said, “I am honored to introduce to the country a daughter of former public school teachers, a proven consensus builder, an accomplished attorney, a distinguished jurist, a of the best, in one of the most prestigious courts in the nation.”

Biden made his announcement just two years after promising that if he came to power and had a chance to nominate someone to the Supreme Court, I would choose an African-American woman, because none has been part of the highest court in its 232-year history.

“For too long, (members of) our government and our courts have not resembled what America was like,” Biden recalled during an act at the White House.

With future generations in mind

Flanked by Jackson and the first African-American female vice president of the United States, Kamala Harris, Biden asked to bet on greater diversity in institutionsto “inspire all young people to believe that they, too, can serve their country at the highest level.”

In the same vein, Jackson herself hoped that, if the Senate confirms her to occupy one of the nine seats on the Supreme Court, her work on the court “will inspire future generations of Americans.”

“I am truly humbled by the extraordinary honor of this nomination,” the 51-year-old judge said in a brief speech.

Jackson’s arrival on the court would not change the ideological makeup of the US Supreme Court, which, with six conservative-leaning justices and three progressives, is leaning more to the right than at any time since the 1930s.

However, yes, it will expand the diversity of a court in which there are five white men, an African American and three women, one of them the Latina Sonia Sotomayor.

If confirmed, which seems likely, Jackson will replace one of those white men, Stephen Breyer, who is one of only three members of the court’s progressive caucus and who announced in January that he plans to retire at 83.

But Breyer won’t leave office until the Supreme Court’s current session ends in June or July, so Jackson won’t have a chance to comment on the burning issues the court has on its agenda, including the possibility of limiting access to the court. abortion in usa

In full tension for Ukraine

Jackson, who has been a judge on the District of Columbia Court of Appeals since last year, was the favorite of the progressive wing of the Democrats among the three candidates that Biden considered for the position.

The president interviewed Jackson in person on February 14 and also spoke the same day with two other judges, Leondra Kruger and J. Michelle Childs, the latter backed by one of Biden’s great African-American allies, Congressman James Clyburn.

Biden did not make his decision until this Thursday afternoon, in full agitation over the Russian invasion of Ukraine, and despite the tension arising from that war decided to make the announcement this very Friday, White House spokeswoman Jen Psaki explained at her daily briefing.

The reason is that the president wanted to keep his promise to nominate the judge before the end of February, and he was interested in doing so before his annual State of the Union address, which will take place next Tuesday, March 1.

Next week, Jackson will begin meeting with senators to get to know her better, and the Democrats’ goal is for her final confirmation vote to take place before April 8, when the Senate begins a two-week recess.

The Senate’s attention to the war in Ukraine may push that schedule back, but few in Washington believe Jackson’s nomination could fail, because only a simple majority of 51 votes is needed to confirm it.

Last year, Jackson was confirmed for her current position as a federal judge with the votes in favor of three Republican senators -Lisa Murkowski, Susan Collins and Lindsey Graham-, although the latter criticized Biden’s decision on Friday.

for the president, Jackson has “one of the brightest legal minds” in the country, and she especially appreciates the fact that, if confirmed, she would be the first Supreme Court justice to have experience as an attorney for low-income people at the federal level.

He also worked with the US Sentencing Commission to reduce sentences for most federal drug crimes, including crack cocaine, freeing at least 1,800 inmates and shortening the sentences of some 12,000.

And, when she was a judge in a federal court in Washington at the end of the last decade, she frustrated some plans of the then president, Donald Trump, on issues such as immigration or labor rights.

The daughter of two teachers who studied in racially segregated public schools, Jackson grew up in Miami, inspired by her father’s passion for law, who studied law when she was very young.

“It was my father who pushed me down this path,” the judge said on Friday.