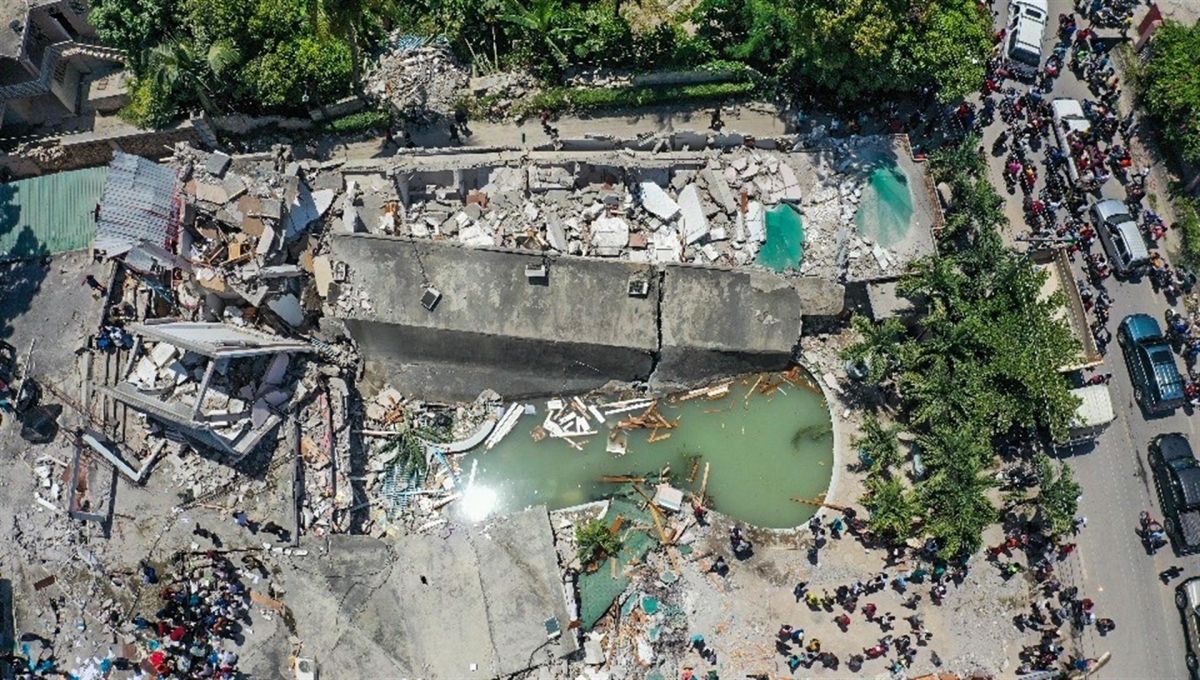 WASHINGTON – President Joe Biden this Saturday authorized an “immediate response” by the United States to the 7.2 magnitude earthquake that struck Haiti. and that has left hundreds of dead, injured and missing, and enormous damage in the south of the country.

Biden and Vice President Kamala Harris held a video conference on Afghanistan with their national security team, in which they also received information about the earthquake in Haiti, the White House explained in a statement.

“The president authorized an immediate response from the United States (to the earthquake in Haiti), and appointed the administrator of USAID (the US agency for development), Samantha Power, as the senior US official in charge of coordinating this effort,” says the short note.

The White House did not specify what that response will consist of and did not clarify whether any type of assistance will be sent immediately to the Caribbean country.

Those in charge of reporting on the earthquake in Haiti to Biden, who is this weekend at the presidential residence in Camp David (Maryland), were the US Secretary of State, Antony Blinken, and the president’s national security adviser, Jake. Sullivan.

More than 200 people lost their lives as a result of the 7.2 magnitude earthquake, which occurred this Saturday northeast of Saint-Louis du Sud, in southern Haiti, according to data released by the country’s Civil Protection Service.

Some photos emerging from the South of Haiti this morning where a major earthquake struck. Prayers for people in the towns of Les Cayes, Jacmel, Jérémie. pic.twitter.com/2wTpJPoUOv

Shortly before these figures were known, the Haitian Prime Minister, Ariel Henry, said that the earthquake left a “dramatic” situation and caused “several loss of human life and material (damage)” in several departments of the country, the poorest in America.

The earthquake occurred at 08:29 local time (12.29 GMT) and had a depth of 10 kilometers, according to the United States Geological Survey (USGS, in English).

That geological agency assigned this earthquake a red alert on its human damage scale, which means that “there is likely to be a high number of victims and the disaster is likely to affect a large area,” he said on his website.

“In the past, other events with this level of alert have required a response at the national or international level,” he warned.

The National Oceanic and Atmospheric Administration (NOAA, in English) issued a tsunami alert that it later raised, determining that the threat of this phenomenon characterized by giant waves had passed.

The earthquake had a slightly higher intensity than the magnitude 7 earthquake that in January 2010 left 300,000 dead, the same number of injuries and 1.5 million victims in Haiti.

The earthquake occurred just one day before Tropical Storm Grace hits the island, according to forecasts from the National Hurricane Center.