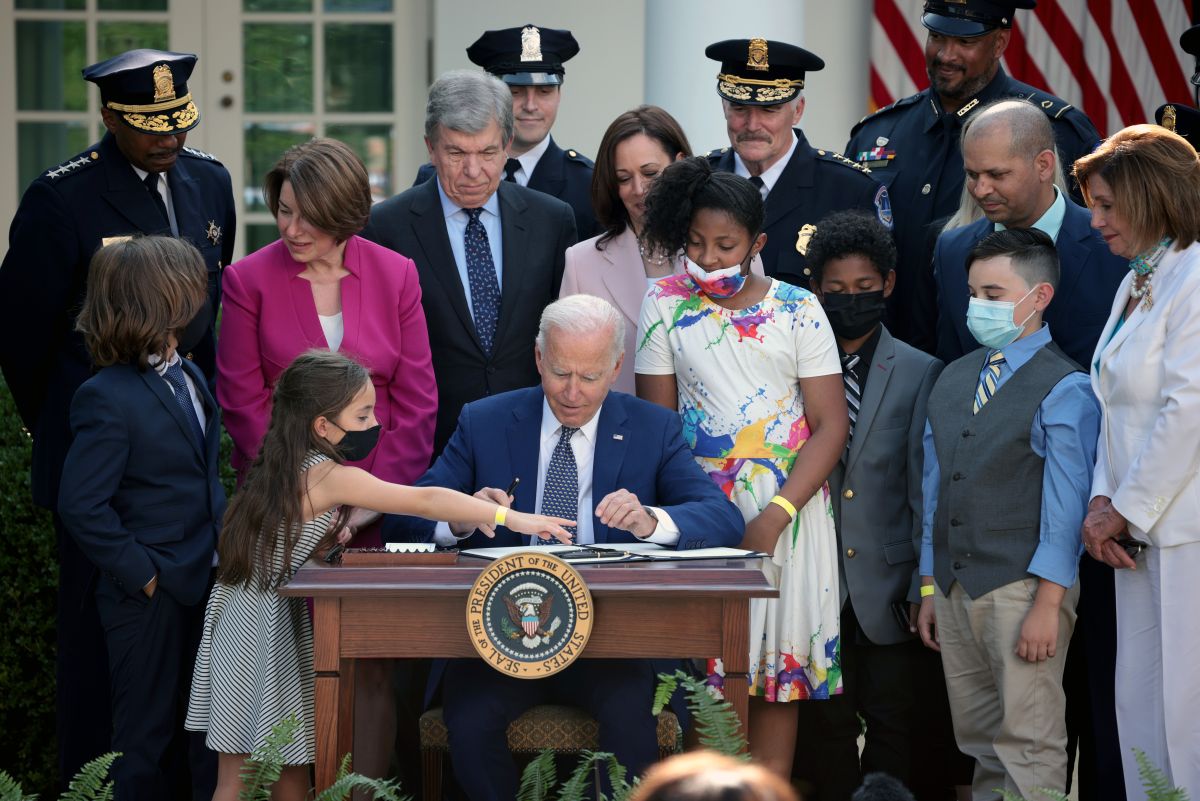 President Joe Biden signed into law at the White House Thursday to award Congressional gold medals to police forces that responded to the attack on the United States Capitol on January 6.

Today, I signed a bill to award the Congressional Gold Medal to law enforcement officials who defended our democracy on January 6th. To all of them: Thank you for protecting the Capitol, our Constitution, and for saving the lives of public servants. pic.twitter.com/qUE68x3Sxd

Biden thanked officers at a ceremony held at the Rose Garden “for protecting our Capitol, and perhaps most importantly, for protecting our Constitution and saving the lives of duly elected members of the Senate, House, and our staff,” he reported. CNN.

Not all dissident lawmakers explained why they voted against the bill, but some appeared to disagree with the use of the word “insurrection” to refer to the January 6 attack on the United States Capitol building by supporters of the former president. Donald Trump who sought to overturn the results of the 2020 presidential election, according to CNN.

But in the Rose Garden, the president issued a harsh criticism of the revisionists who have wanted to change the narrative on the events of January 6.

“A mob of extremist terrorists launched a violent and deadly assault on the people’s house and the sacred ritual to certify free and fair elections. It was not dissent. It was not a debate. It was not democracy. It was an insurrection. It was an uproar and chaos. It was radical and chaotic. And it was unconstitutional. Perhaps most importantly, it was fundamentally anti-American, ”the president said.

He also stressed that “the tragedy of that day deserves the truth above all else. We cannot allow history to be rewritten. We cannot allow the heroism of these officers to be forgotten. We have to understand what happened. The honest, no-frills truth: we have to face it. That’s what great nations do, and we are a great nation, ”Biden continued.

The signing of the bill comes days after it was revealed that two more Metropolitan Police officers who responded to the January 6 attack recently died by suicide.

In all, there have been four known suicides of officers who responded to the Capitol during the attack.

The event also comes less than two weeks after officers who experienced the January 6 uprising testified before the House Select Committee investigating the attack. Those agents -Aquilino Gonell, Michael Fanone, Harry Dunn and Daniel Hodges- described the physical and psychological consequences that the assault left for them and many of their companions, in which they suffered racist beatings and insults.