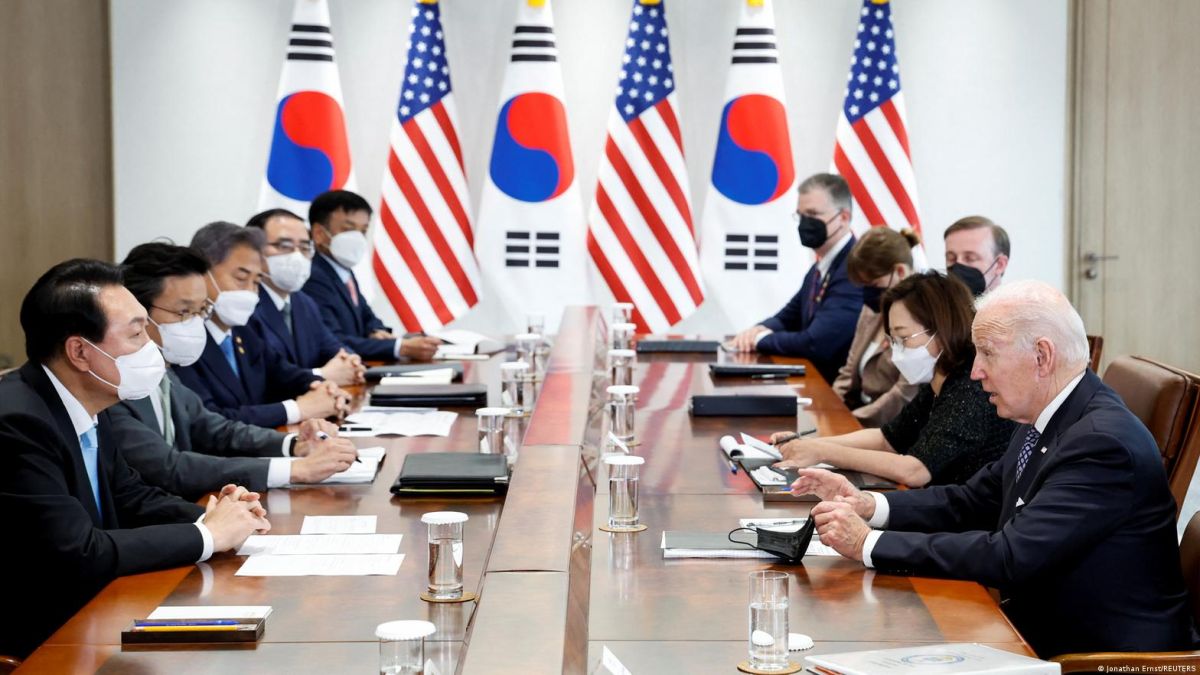 During the summit held in Seoul, US President Joe Biden said on Saturday that he and his South Korean counterpart, Yoon Suk-yeol, pledged to continue strengthening the “deterrent posture” on the peninsula in the face of “threats” posed by North Korea, and working together for the “complete denuclearization of the Korean peninsula.”

For his part, Yoon said that North Korea’s “nuclear and missile capabilities are advancing every day,” that both leaders share “deep concern about it” and that they have therefore agreed to deploy “US strategic assets” on the peninsula without add specific details.

Thus, regarding the North Korean nuclear threat, Seoul and Washington had previously agreed to draw up an “action plan” through which South Korea and the United States “will strengthen reliable and effective extended deterrence.” Now they also committed to “deepen and broaden cooperation on critical technologies and emergencies and cyber security.”

North Korea has shown no interest in resuming the disarmament dialogue in the last two years despite repeated offers from the US and, after approving a weapons modernization plan last year, has carried out a record number of missile launches. missiles this year and is set to conduct its first nuclear test since 2017.

“USA. will grow more than China”

For his part, Biden highlighted the analyzes that suggest that the US will grow more this year than China, warning that “it is never a good bet to bet against the US.” and again underlined the importance of strengthening supply chains, one of the main points of the White House tenant’s visit to Asia.

Likewise, the leaders promised to cooperate through the Indo-Pacific Economic Framework (IPEF), an initiative to strengthen United States-Asia commercial ties that many consider to be trying to sideline Beijing.

Meanwhile, Biden also stated that an eventual meeting with North Korean leader Kim Jong-un would depend on whether he is “sincere” and “serious” about reopening dialogue on denuclearization, he said when asked about it.

The US president also stated that Washington “has offered vaccines” to North Korea in the face of the wave of COVID-19 infections that the regime began reporting last week, although for the moment “there has been no response” from the US. from Pyongyang.