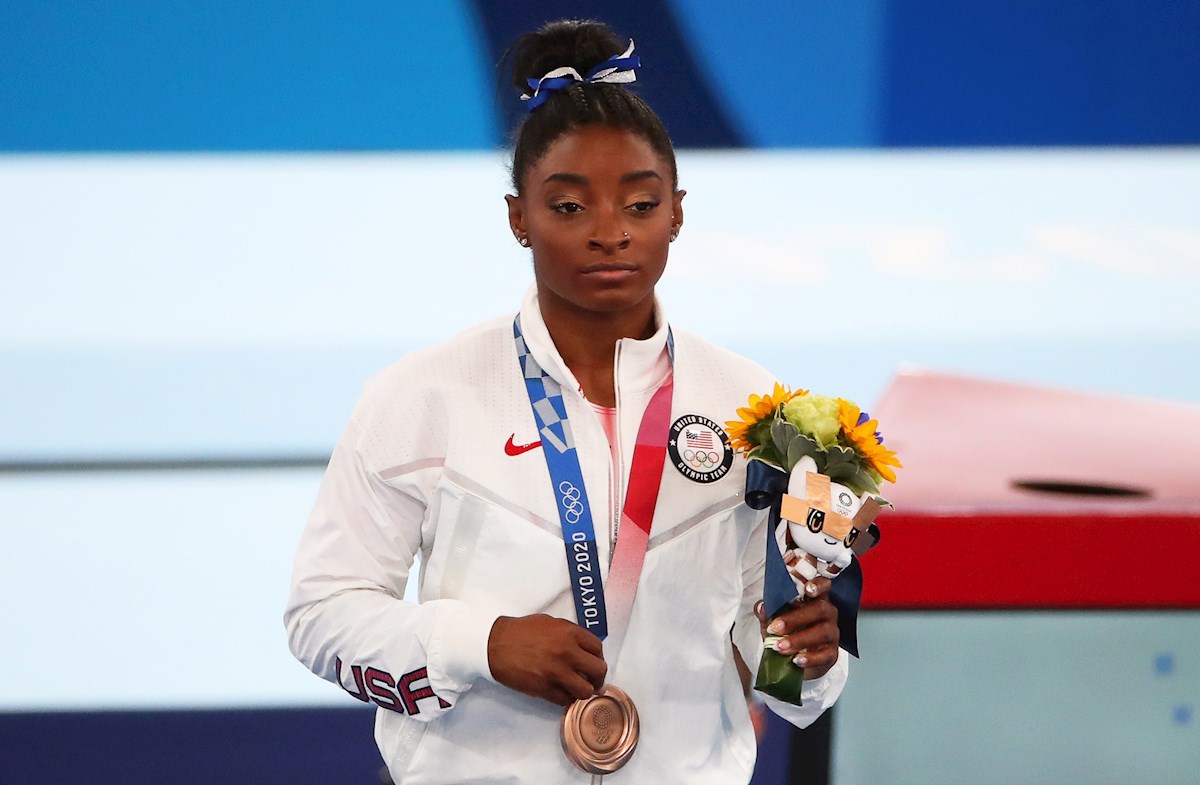 Emotional moment awaited by everyone: the return of Simone Biles to the Olympic Games in Tokyo 2020. She did it in the last final of gymnastics and hung herself a bronze medal to say goodbye with a high impact message to high athletes performance.

First her mental health and then if she was ready, she would go for the medals. She prioritized what really mattered and her return to Ariake’s gym was a special closure. She competed in the balance beam final and was beaten by two 16- and 18-year-old Chinese.

“It has been a very long week, it has been five very long years”, were the statements of the gymnast Simone biles after returning to compete in Tokyo 2020. Before he declined other finals due to his emotional instability.

Simone Biles was awarded a bronze medal after doing THIS after retiring to take care of her mental health. It is the clear example of surpassing itself. Deserved 🥉 # Tokyo2020 #SimoneBiles pic.twitter.com/M1kCCC6W2d

Guan Chenchen was the winner of the test and won the gold with 14,633 points. His teammate Tang Xijing followed, with 14,233 and Biles closed the podium with 14,000. But even more special was seeing how the American was haranguing the Chinese gymnasts to complete their tests in the best way.

Some 400 well-distributed people around Ariake’s gym greeted her with applause and dismissed her standing up, the gymnast who taught the world a lesson.

Your smile is all that matters ✨🐐

“I did not expect to get a medal. He just wanted to go out there and do it for me, and that’s what I’ve done, ”Biles stated of his brass metal on Japanese soil. And for her it knows more than any gold: “This bronze is more special than the one on the balance beam in Rio. I will cherish it for a long time. “

Biles left Tokyo with two medals, a silver in the team competition in which he only participated in the jump and now the bronze in the bar. She gave up the other four finals she was qualified for due to her mental health issues.