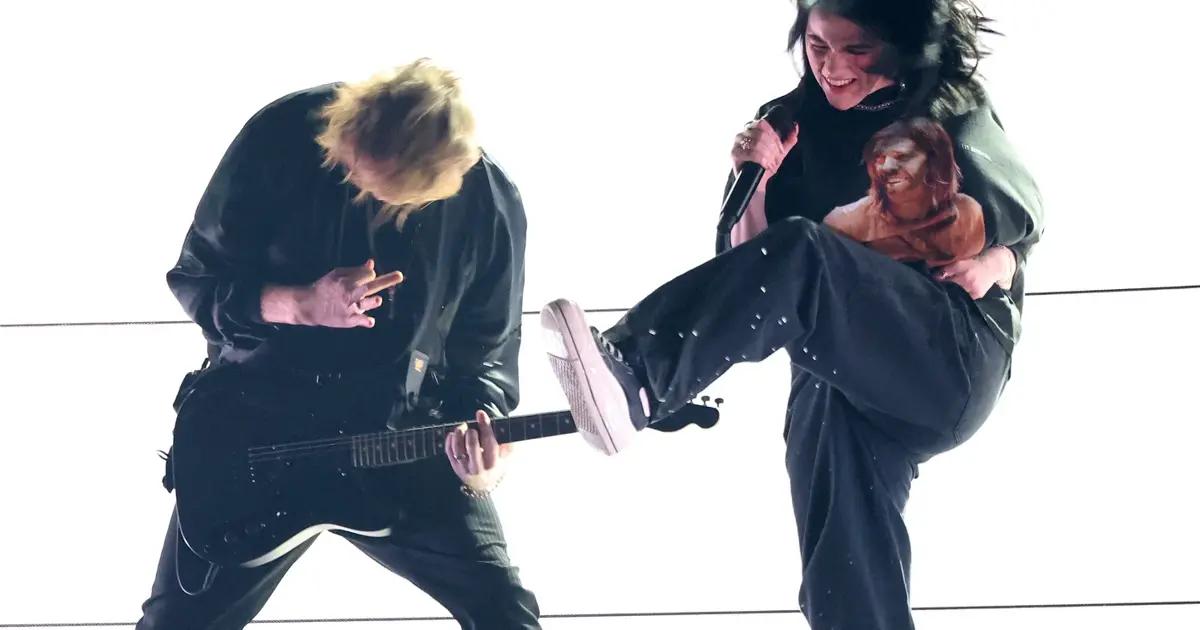 At only 20 years old, Billie Eilish has established herself as one of the most popular and successful young musicians of recent years. Proof of this is the multiple awards she and her brother Finneas O’Connell have accumulated with their musical project.

With a unique and original style, the innovative musical proposal of the young American has led her to perform on some of the most important stages around the world, and, although this is not the first time she has visited Mexico, after two years of a pandemic for COVID-19 her return is already shaping up to be one of the most anticipated by the Mexican public.

This is how in recent days, through her social networks, Billie Eilish announced some of the cities where she will take her “Happier Than Ever, The World Tour” tour, with which she will promote her third studio album and which includes shows in at least three states of the Mexican Republic.

The last time Billie Eilish performed in Mexico was in 2019, when her name was part of the lineup announcing the artists that would perform at the acclaimed Corona Capital festival.

It was thus that the Autódromo Hermanos Rodríguez was the stage where thousands of Mexican fans enjoyed the energy and talent of the young American, however, in May 2020 the interpreter of hits such as Ocean Eyes or Bad Guy was scheduled to perform at the Palacio de Los Deportes, a show that had to be canceled derived from the COVID-19 pandemic.

After the bittersweet taste in the mouth of the Mexican public, Billie Eilish is ready to perform again in Mexico with a solo show that promises to be unforgettable. The popular young woman will perform at the Foro Sol -one of the largest venues in the Mexican capital- on March 29, 2023.

The pre-sale for Citibanamex cardholders of tickets for Billie Eilish’s concert in Mexico will be next Thursday, November 10, while the general sale will take place one day later. It is worth mentioning that fans of the singer of Everything I Wanted can choose between seeing the young American singer from General A, B, or bleachers. The costs for her concert in Mexico City have not yet been disclosed.

Although on previous occasions Billie Eilish had only visited Mexico City, the Mexican public went crazy after the official line-up of the acclaimed Tecate Pa’l Norte Festival was revealed on November 3, where the idontwannabeyouanymore singer is one of the headliners.

Billie Eilish’s “Happier Than Ever The World Tour” will arrive at Fundidora Park in Monterrey, Nuevo Leon on Friday, March 31.

Although some phases of ticket sales for Tecate Pa’l Norte have already begun, it will be on Monday, November 7 when the general sale of tickets ranging from 3,000 to 5,000 pesos will open for access to the festival, which will last from March 31 to April 2.

Billie Eilish in the pearl of Guadalajara

As part of her “Happier Than Ever The World Tour” and after her performance in Monterrey, Billie Eilish has scheduled a show in Guadalajara, Jalisco, another of the most important cities in Mexico.

On April 2, the bellyache singer will perform at the VFG Arena, being this is her last date in Mexico for 2023. Ticket prices for her concert in Mexico City have not yet been disclosed, although the presale for Citibanamex cardholders will begin on Thursday, November 10, while the general sale will take place one day later.