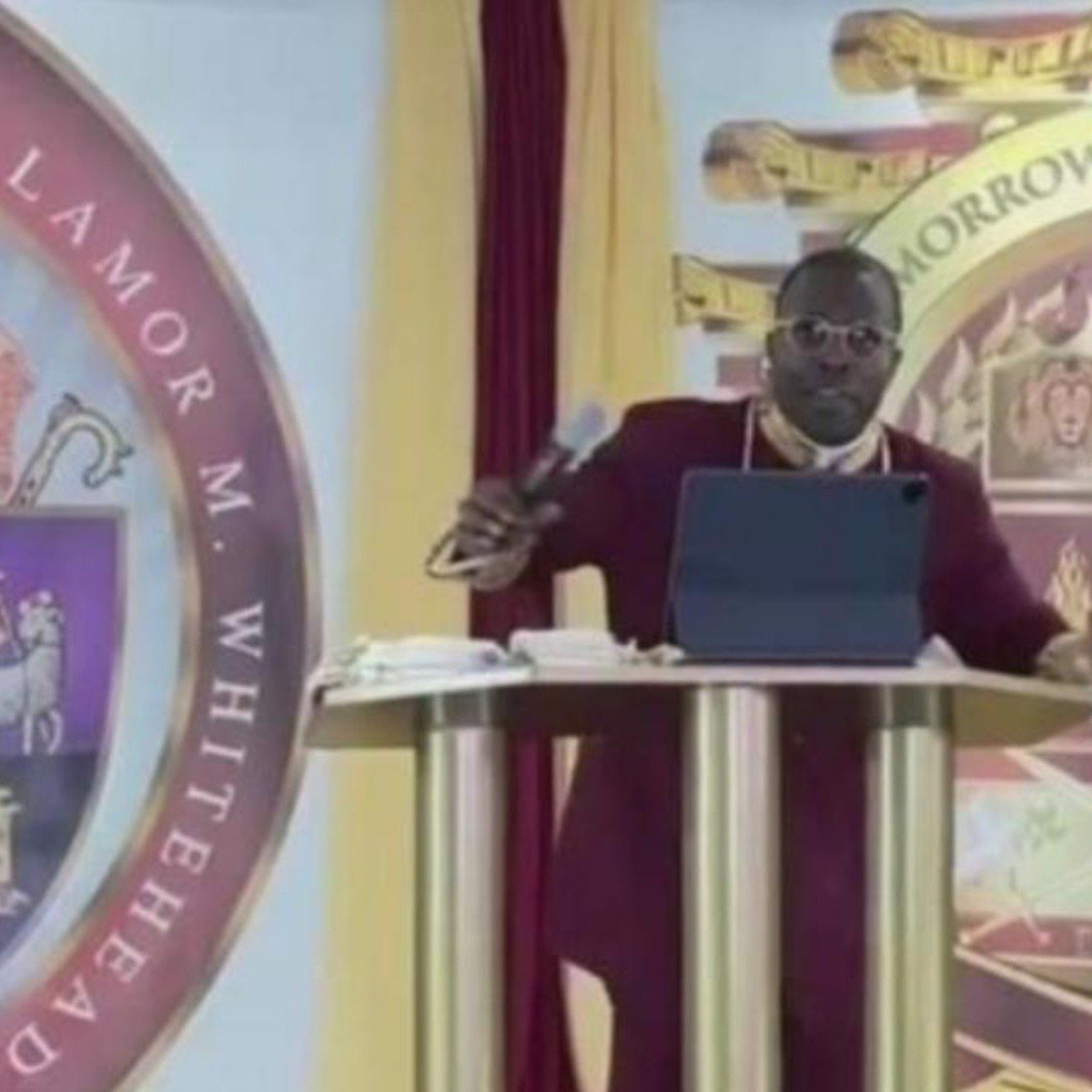 USA.- A bishop was assaulted in the middle of mass during a live broadcast last Sunday in Brooklyn.

The bishop was threatened with a gun in the middle of a sermon and the event was captured on video, according to CBS New York reports.

The robbery victim, Bishop Lamor Whitehead, said five minutes into the sermon, he saw the door at the back of the room it was kicked open and three or four men came in with guns on a live feed.

The bishop said he did everything possible so that the parishioners were not attackedsince there were women and children in the place.

“When I went downstairs, one approached my wife and took all her jewelry. and put the gun in my 8-month-old baby’s face. He took off my bishop’s ring, my wedding ring and he took off my bishop’s chain, and then he had chains under my robe and he started to feel my neck to see if there was anything else. That means they knew. They looked and knew that she had other jewels.”

“They had guns on my deacons who were at the door.” Said the bishop.

He added that he does not appear on camera but there were about 100 parishioners who were in the room. “Men, women and children fell to the ground in silence.”

According to the police, the men fled In a white Mercedes vehicle, the bishop mentioned that the police have the license plate of the car and the witnesses saw the men change their clothes outside.

“These men need to surrender,” the bishop said. “I forgive them and I am praying for them, and I hope that God will deliver them from the mentality that they have.”

The bishop believes his family was targeted because of the publicity they received when they helped turn over the wanted suspect in the fatal subway shooting of 48-year-old Daniel Enriquez in May.

The NYPD is investigating the case, and Bishop reported that Mayor Eric Adams and higher-ups have promised him support in finding the suspects.