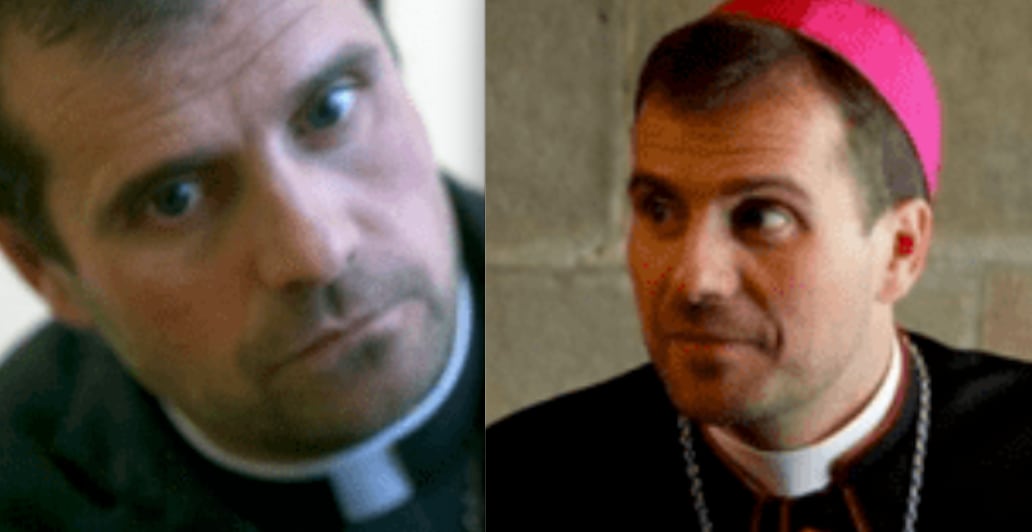 According to different portals such as’ El Confidencial ‘, the 52-year-old bishop of Spain sent a letter addressed to Pope Francis, with the aim of communicating the resignation from his position. However, the reasons that he called ‘strictly personal’ leaked-out.

Bishop of Spain resigns from office amid controversy

It is known that the bishop of Spain will now live a ‘normal’ life, working the land as an agronomist. His actual partner, Silvia Caballol, is dedicated to the creation of literary works, which she has been doing for years with considerable success and brought her recognition.

Few are the bishops or clergy who distance themselves from Catholic life and, in this case, Xavier Novell wrote in his letter: “This decision was made after a period of reflection, discernment, prayer and for strictly personal reasons”. That is the official version, as shown in the letter hed has sent to Pope Francis.

Sin? The bishop of Spain resigns his position, to have ‘another life’ with a writer

Silvia Caballol, apart from being a writer, is 38 years old psychologist, 14 years younger than the bishop of Spain. Previously she was married to an Arab, while she lived in Morocco for several years. Now divorced, she lives in Manresa, a Spanish municipality north of Barcelona. Her knowledge and career encompasses psychology, sexology, yoga techniques, anti-stress and… religion.

For his part, the bishop of Spain, Xavier Novell was born in 1969 and is an Agricultural Technical Engineer, with a Bachelor of Theology from the Pontifical Gregorian University. Later became a priest, and from that point on, assumed different positions up to the one he currently held and rejected.

“I have fallen in love and I want to do things well”, said the bishop of Spain Xavier Novell according to the magazine ‘Religion Digital’, after acknowledging  his relationship with the writer Silvia Caballol. He then decided to resign from office and extend his letter to Pope Francis.

The Diocese of Solsona on the other side, where Novell is from, refused to confirm this situation, stating: “Therefore, the corroboration, or not, of this information belongs to his strict personal sphere”, alluding to the relationship of the bishop of Spain with Silvia Caballol.

Pastor fights parishioners money: they accuse him of stealing money

Fight in Church! A pastor of the Protestant church ended up fighting with his parishioners over money that someone allegedly stole. While he argued that it was they who had taken the tithe money, it was the parishioners who did not remain silent and accused the pastor of being the one who stole the money.

Pastor fights parishioners for money: They try to clarify the situation

At the beginning of the video, it is observed how a group of people are arguing over money that is ‘lost’ in a Protestant church. The pastor is the one who begins to clarify the situation that is happening and some parishioners try to understand what is happening with the man.

Between dimes and diretes, the group of parishioners and the pastor, try to talk about what is happening, mentioning on several occasions that none of those who are present stole the money that they fight so much. The situation reaches an uncomfortable point that they try to find a woman named María, who would be in charge of clearing up the misunderstanding … but the woman never answers the phone.

Pastor fights parishioners for money: “I’m going to sue them”

The fight reaches a point of no return and the woman recording the argument reminds the pastor that she is the only one who has trusted him. It seems that now there is a new culprit and it is that woman, so the pastor begins to argue with her and complain about the money that was lost and other situations that come up, so the other parishioners begin to defend her.

Pastor fights parishioners for money: “When did I steal?”

The very angry pastor begins to remind them that he never complained about letting them go during the pandemic, so no one should complain to him about the money. That annoyed his parishioners, who began to yell at him about the situation that is happening and he threatens them saying that if they do not withdraw, he will call the authorities.

“You are garbage, when you came to dance in the pandemic they did not care, what are you talking about? What does it matter to you, I am going to file a lawsuit “, replied the pastor of the Protestant Church, totally angry with the situation that is developing in the place, reminding them that if they continue to ‘riot’ in the place of the congregation Sue.