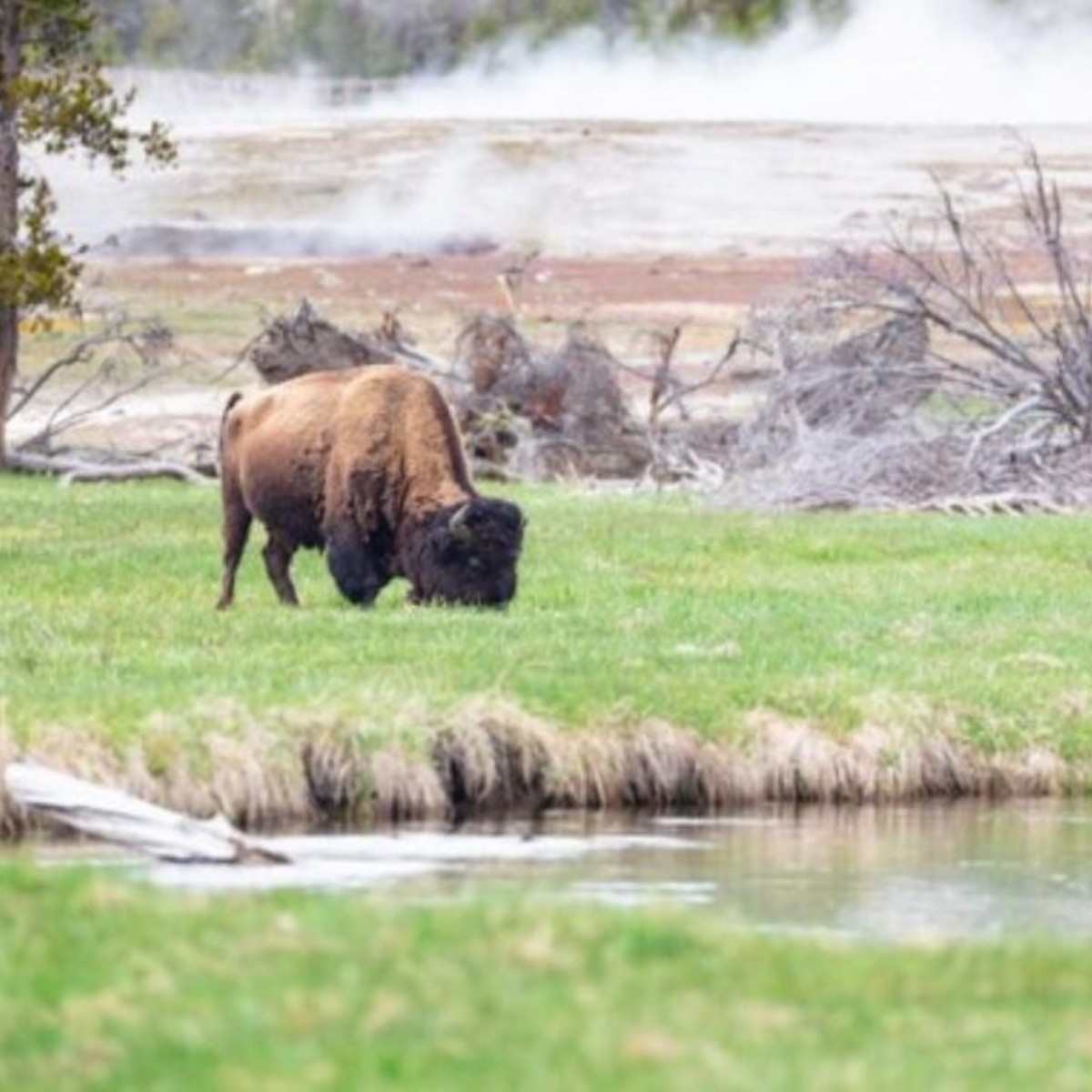 USA.- A bison attacked a woman 25-year-old in Yellowstone National Park, giving him a piercing wound and other injuries by being thrown by the animal at least 3 meters through the air the morning of May 30.

The attack happened when bison walking near a boardwalk in Black Sand Basin (just north of Old Faithful), the victim, on the boardwalk, approached. Consequently, the bison gored the woman and launched it at least 10 feet into the air, Yellowstone National Park reported.

The woman from Grove City, Ohioapproached the bison at less than 4 meters, when the park advises visitors to stay at least 23 meters from the animal, two other individuals were also within 25 yards of the same bison.

Emergency medical providers park responded to the incident immediately and transported her by ambulance to Eastern Idaho Regional Medical Center, however, the incident remains under investigation and there is no additional information to share, the park said.

Yellowstone National Park, explained that wildlife is wild and can be dangerous when approached. When an animal is near a campground, trail, boardwalk, parking lot, or in a developed area, give it space, he recommended.

“Stay more than 25 yards (23 m) away from all large animals: bisonelk, bighorn sheep, deer, moose, and coyotes, and at least 100 yards (91 m) from bears and wolves,” suggests Yellowstone National Park

He also encouraged visitors to turn around and go the other way if necessary to avoid interacting with a wild animal in the vicinity.

This is the first reported incident in 2022 of a visitor threatens a bison (getting too close to the animal) and the bison responds to the threat by goring the individual.

Bison have injured more people in Yellowstone than any other animal. They are unpredictable and can run three times faster than humans.


Port Authority of Topolobampo, Ahome, asks not to harass the whale that is in the bay