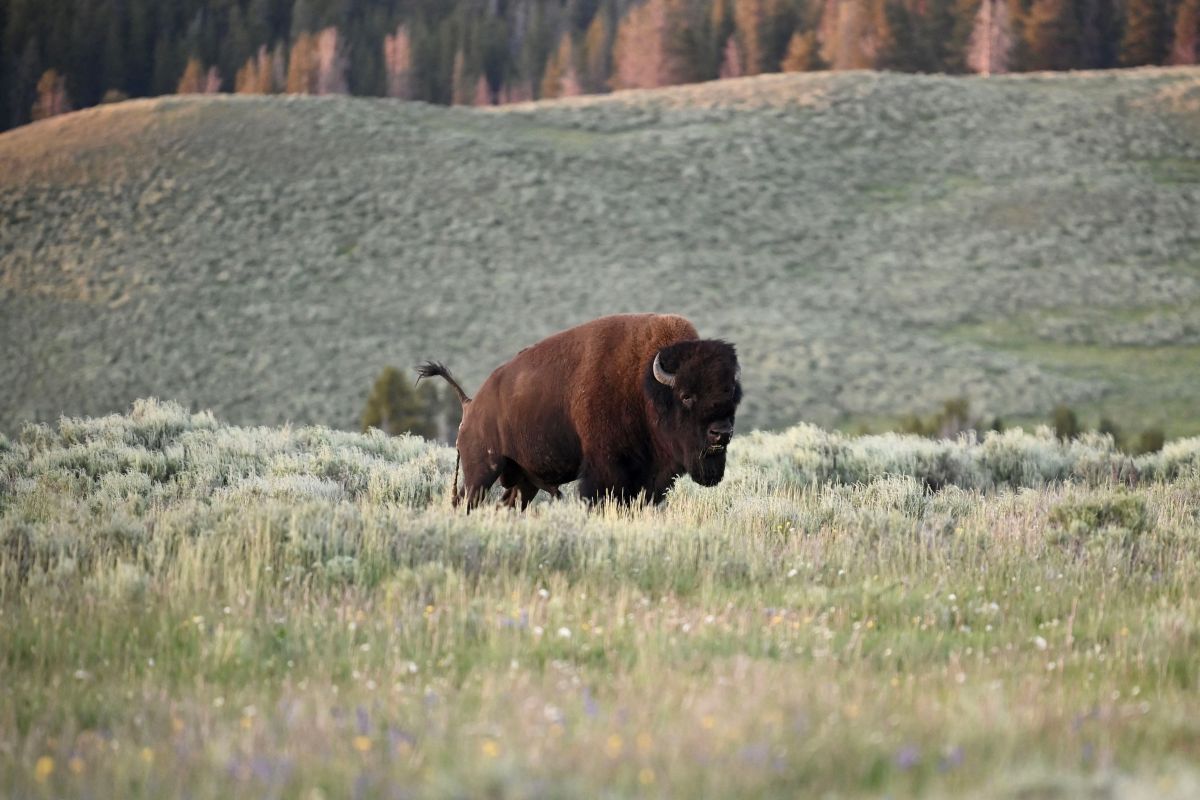 A woman died after being gored by bison while visiting Yellowstone National Park on Monday.

Park rangers said The 25-year-old from Grove City, Ohio, unnerved the huge mammal when she got within 10 feet of it.

As the bison walked near a boardwalk north of Old Faithful, the woman approached and the bison attacked her, throwing her 10 feet into the air, authorities said.

The 25-year-old suffered a puncture wound and other injuries.

She was transported to Eastern Idaho Regional Medical Center, where she died of her injuries.

Park rangers have warned people visiting Yellowstone National Park about the dangers of getting close to wild animals.

“Wildlife in Yellowstone National Park is wild and can be dangerous when approached. When an animal is near a campground, trail, boardwalk, parking lot, or in a developed area, give it space.

Authorities have advised visitors to stay 25 yards away from large animals, including bison, elk, bighorn sheep, deer and coyotes.

People should keep at least 100 meters away from the most dangerous animals, such as bears and wolves.

According to park rangers, bison have injured more visitors to Yellowstone than any other animal.

“They (the bison) are unpredictable and can run three times faster than humans,” officials said.

Rangers said the incident was the first reported this year in which a visitor “threatened a bison (by getting too close to the animal) and the bison responded to the threat by goring the individual.” Bison can be six feet tall, weigh more than 2,000 pounds, and run three times faster than a person.