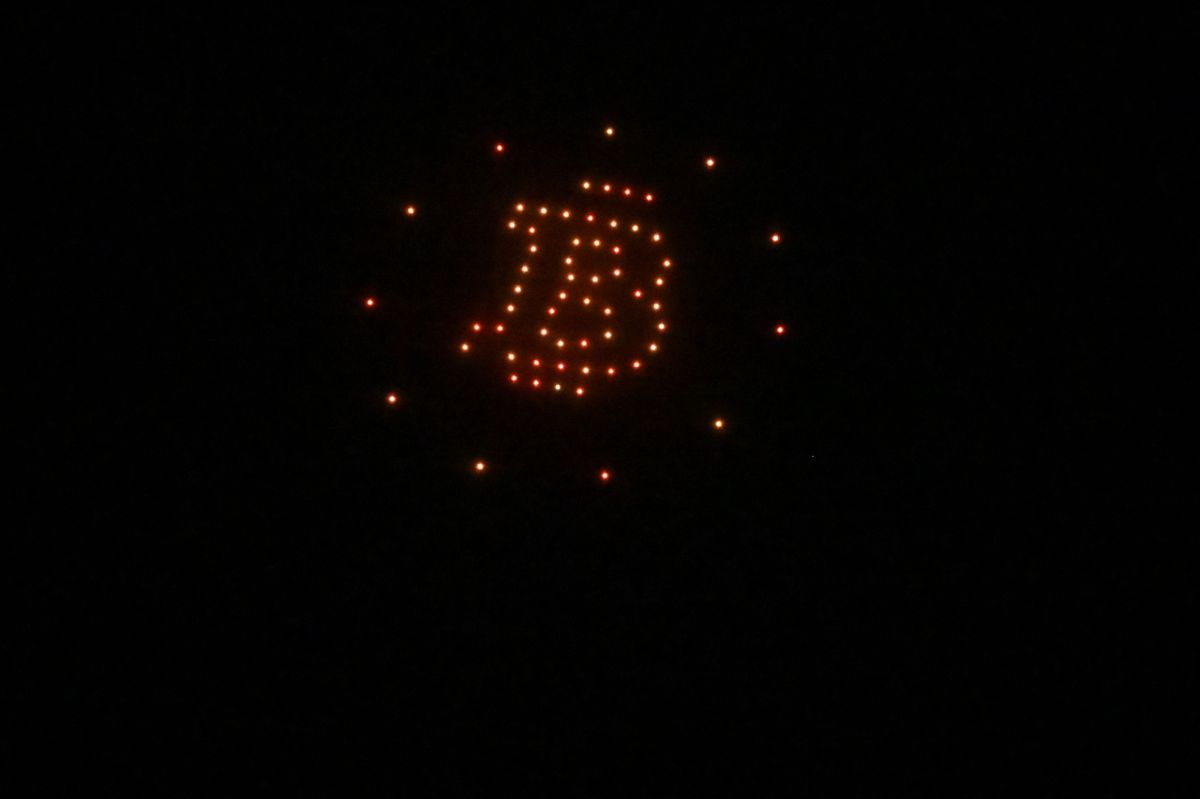 Bitcoin is already a legal tender in El Salvador, since this September 7, and although the digital currency has not been celebrated by everyone, others are just trying to understand how it works, some eccentrics on the subject did celebrate it in style.

Such is the case of the billionaire and great promoter of the use of cryptocurrency in the world, Brock Pierce, who illuminated the sky of El Sunzal beach with a light show made with 150 drones that formed the iconic symbol of BTC in the framework of a party that he offered to celebrate the establishment of Bitcoin in the economy of the Central American country.

The party was a few kilometers from the capital and Pierce has declared himself a “fan of Nayib Bukele”, president of El Salvador and of his plan for cryptocurrencies to enter the financial market of that country.

Pierce has the firm conviction that bitcoin is savings for the future, Therefore, he considers it very positive that governments adopt this currency to the financial system.

For the businessman to invest in bitcoin is to invest in “digital gold, this is where you save money for a difficult day in the future, this is for your savings account,” Pierce told AFP.

Although the launch of Bitcoin in El Salvador gave rise to different scenarios, starting with the fact that within hours the cryptocurrency soared and from exceeding $ 50,000 dollars it went on to have a fall of up to 10%, Brock Pierce remains optimistic about the markets, and ensures that the measurement of success is not done in a day, which to see the good results will take time.

“It is a journey, not a destination. It’s a bit like a roller coaster, prices go up and down but, over time, they have been going up continuously, “said Pierce, emphasizing that he does not recommend the use of cryptocurrencies for the day-to-day payments we make.

For the billionaire, investing in bitcoins is not for paying rent or buying the daily food you need at your table.

VIDEO: 🇸🇻 For billionaire and philanthropist Brock Pierce, cryptocurrency is “digital gold”, so for him there’s no better way to celebrate bitcoin becoming official currency in El Salvador with an airshow using 150 drones pic.twitter.com/KEKThcZCgv

However, the so-called “anti-bitcoiners” are not very sure of this Law that grants legal tender to bitcoin in El Salvador and since its approval the issue has generated a lot of skepticism, firstly it is considered that the approval of the law was hasty and not convinces by the volatility of the cryptocurrency market.

Volatility and money laundering is the main fear of protesting anti-bitcoiners. Within the group of protesters against the adoption of this cryptocurrency, the disabled, workers, veterans and retirees stood out; particularly concerned that the government will start paying their pensions in bitcoins instead of the US dollar.

For its part, the Bukele government is enthusiastic about the use of cryptocurrencies and although it has been emphasized that commercial establishments must accept them, no one is being forced to keep them.

For this, the Chivo application was launched, which will allow you to convert the income in bitcoins to its equivalent in US dollars.