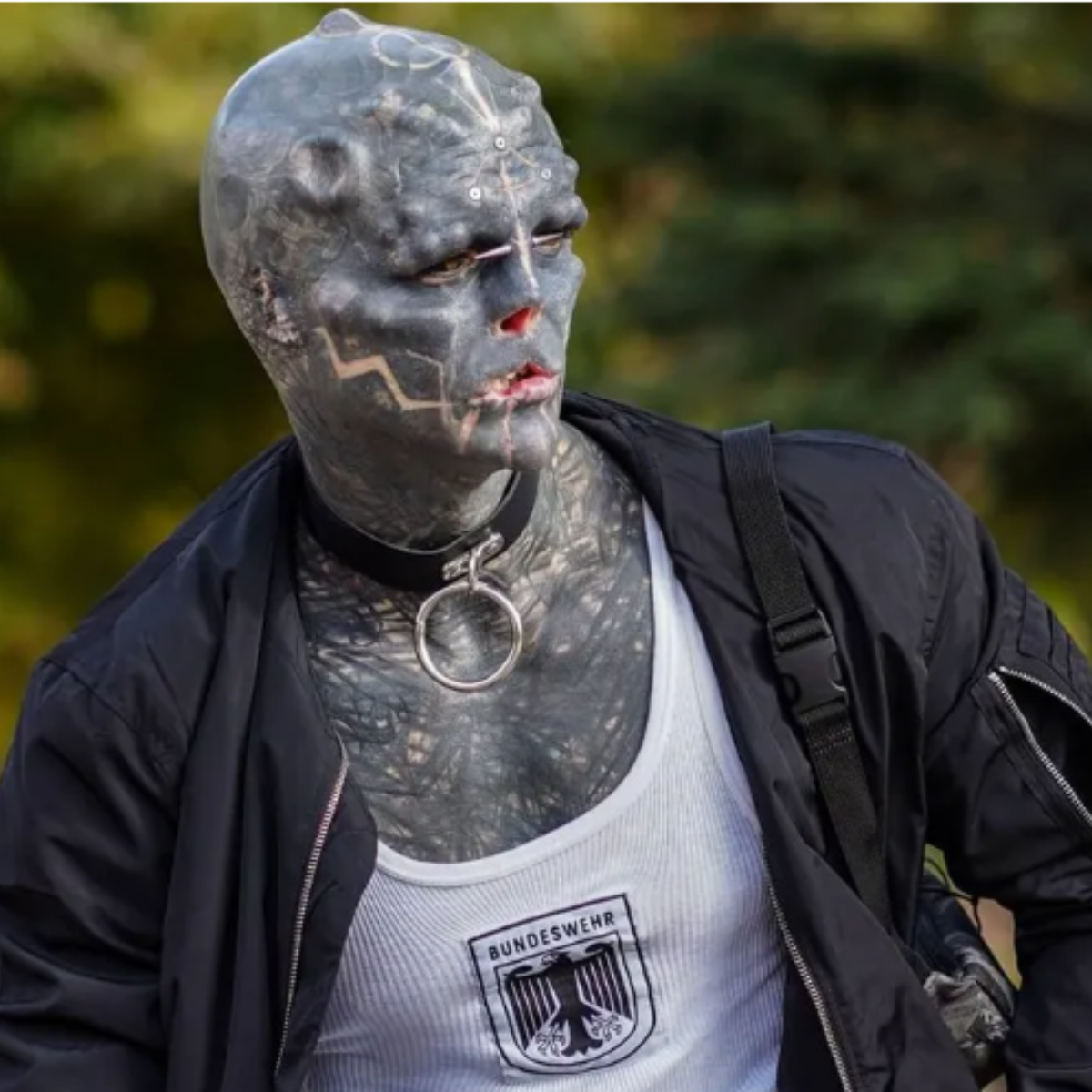 There was a time when people thought body changes are part of a new culture. At least the protagonist of this note is demonstrating it. A man who has spent years becoming a ‘black alien‘ and who has hinted that the next thing he wants is break your penis in two.

The fetishist of extreme body modification known as Anthony Loffredo, has traveled the world and spent a fortune gradually transforming his physical appearance in something that is not of this land.

The new Alien He has stated that he is still in a 3. 4% of the way, and it is that he has been tattooed all the black bodyincluding eyeballs, had his tongue surgically cut out to make it look like a snake and they removed his nose, leaving a large hole in the middle of his face.

The man, who is 33-year-old French he has also had multiple implants inserted under his skin to enhance his alien appearance.

Posting the images on his Instagram account, Black Alien Project, he recently revealed to his over 700,000 followers that he also they cut off some fingers to create ‘claw hands’.

His latest post is his most drastic and striking yet, showing an illustration of two penises attached to the same scrotum, although one only appears to contain a testicle.

He previously said that this changing appearance gives him “inner peace.” And the suggestion that she might be planning to modify her genitals certainly caused a mixed reaction among her online fans.

“This IS interesting,” one posted, while another added, “Seriously, what’s wrong with this guy?”

AmericanPost.News He mentioned to you earlier that Ufology experts believe that humans could make extraterrestrial contact within 5 to 10 years. However, this theory does not seem to be very difficult to believe, since more than one assures that the Earth is not the only planet with life in the entire universe.