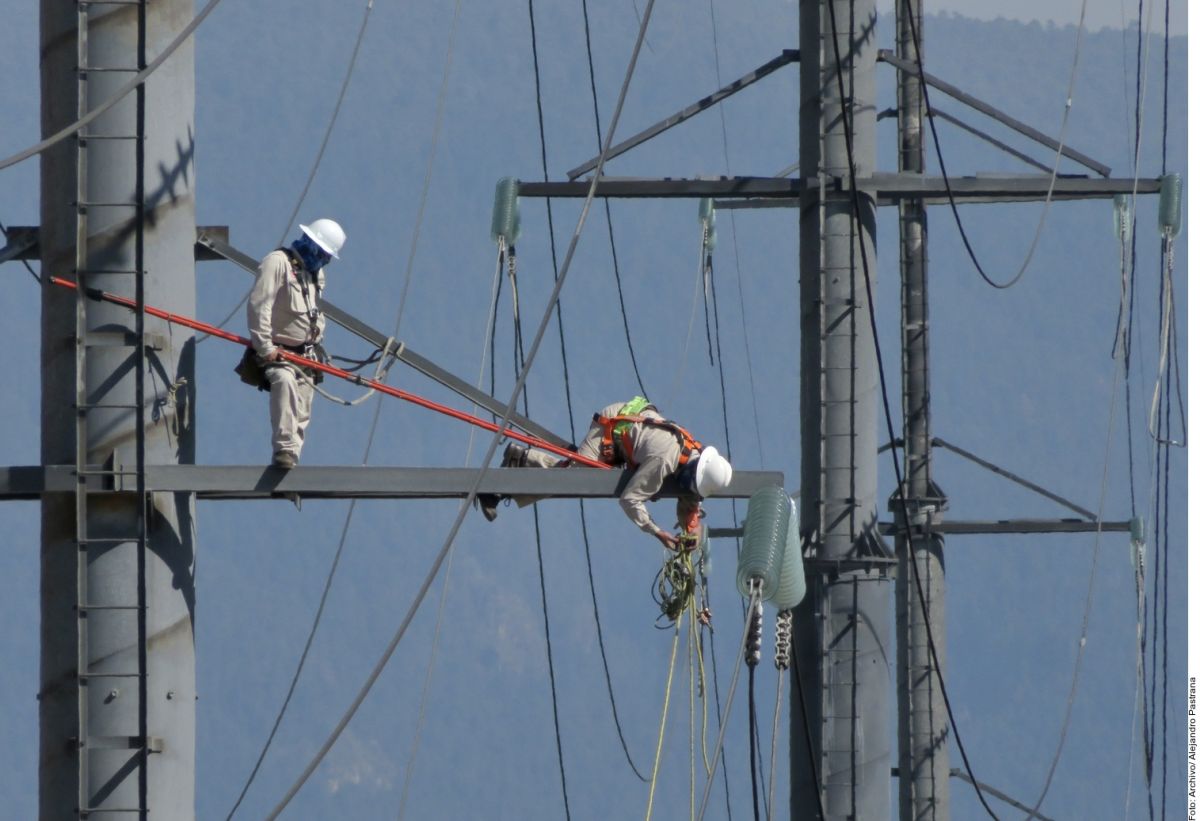 A problem in the transmission network left without electricity to at least 1.3 million people in the states of Campeche, Quintana Roo and Yucatánin the Mexican Caribbean, the Federal Electricity Commission (CFE) reported on Wednesday.

“Between 08:32 and 08:40 hours (14:32 and 14:40 GMT) six high-voltage lines went out of operation, which affected 1.3 million users in the states of Campeche, Quintana Roo and Yucatán. They represent 62% of the total users of that region,” said the state company in a brief statement.

He specified that the cause of the failure was a car accident. a CFE worker who was doing maintenance on one of the high-voltage lines who “has already been transferred to receive medical care and is reported stable.”

The CFE assured that the service will be restored gradually during the rest of the day.

The blackout left almost 21,000 users in Campeche without electricity for several hourswhose service, as reported by the Commission, had already been fully restored.

For its part, in Quintana Roo, just over 619,000 users were affected; while in Yucatan, almost 682,000 inhabitants were left without electricity service.

The CFE highlighted that in the case of Quintana Roo the service had already been restored in 43%; while in Yucatan the light returned to 28% of those affected.

“So far 479,788 users have been restoredwhich represents 36% of the total affected,” he specified.

So far in the government of President Andrés Manuel López Obrador, this is the third massive blackout recorded in the country.

On December 28, 2020, a failure in a transmission line of the CFE caused a blackout that left 10.3 million inhabitants in the country without electricity.

A day later, President López Obrador assured that a failure of these characteristics would not happen again.

However, in February 2021, another electrical failure due to low temperatures left at least 400,000 people in the states of Nuevo León, Tamaulipas, Coahuila and Chihuahua, in the north of the Mexican territory, without electricity.

Andres Manuel Lopez Obrador has promised on multiple occasions to “rescue” the CFEwhich considers that it was “plundered” in past governments, which has also led it to confront directly with the private electricity generating companies whom it has branded as corrupt.

In addition, he presented a controversial initiative to reform the Electricity Industry Law that sought to strengthen the CFE and would affect, in particular, renewable generators, although the initiative was stopped in the Mexican Congress.

It may interest you:
– Mexico goes for Electricity Reform as a matter of “national security”
– Editorial: Mexico protects its electricity production
– AMLO asks the Supreme Court to investigate the judge who suspended the Electricity Industry Law