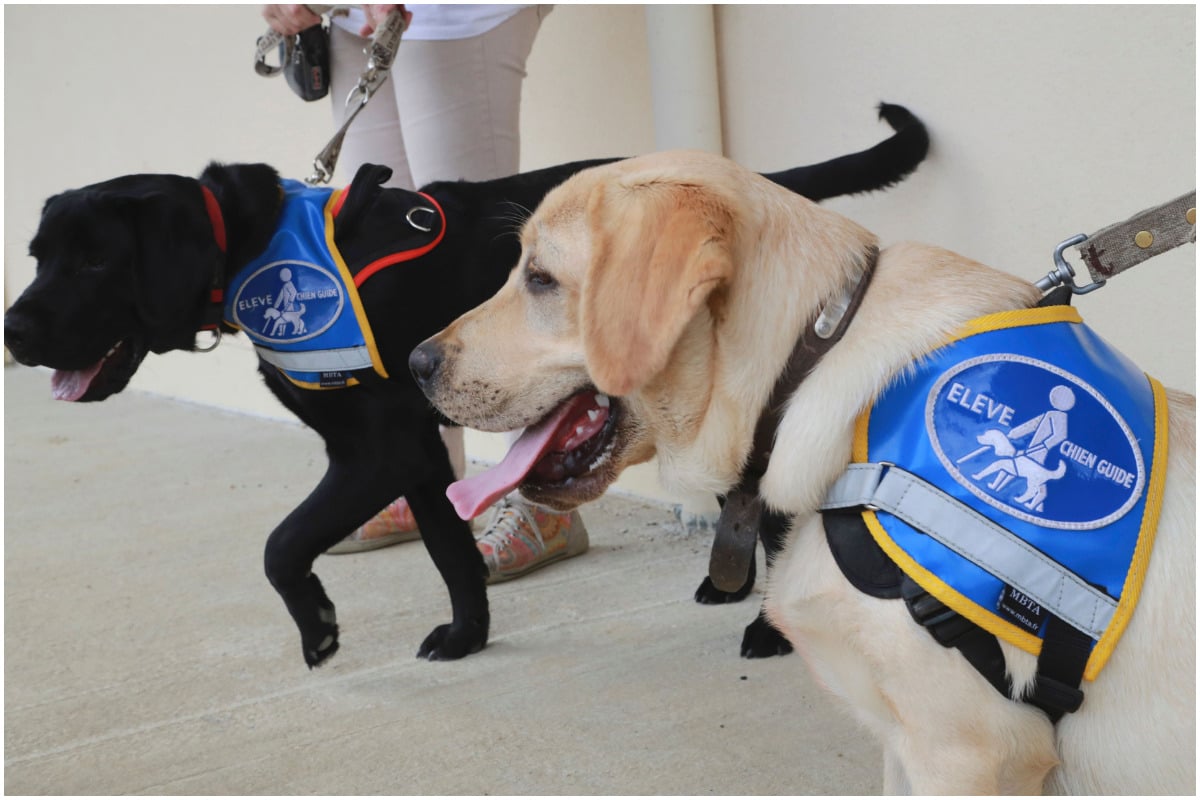 Since Joy Simmons lost her sight to a brain tumor, Nimble has become her eyes. When she needs to go out, it is essential that her chocolate Labrador puppy accompany her at all times, but she ran into an Uber driver who did not allow him access to the vehicle because he had a dog.

“Nimble looks for obstacles on the sidewalk. He is with me always, I would say, 98% of the time,” Simmons told local FOX6 news.

Joy Simmons sought out the app ride service to get to a more secluded place than she usually goes out. When the vehicle came for her, the driver forbade him to get on because he had a dog.

Despite the fact that Joy explained that it was a guide dog that she needed to get around because she was legally blind, the driver gave her a resounding “No”.

“Because I I never allow to have any dog ​​in my car“, was the response of the Uber driver.

Joy Simmons found another app and called a vehicle. Lyft unfortunately had the same experience, as the driver refused to take her because of her puppy.

After going public with what happened to him, Simmons learned of other cases similar to his, of blind people who were denied taxi service by app and who acknowledge that their guide dogs are better behaved than many passengers.

“I have had at least 15 drivers who have denied me trips, some slow down, see the dog and don’t even stop, they’ll just drive away,” he said. Stacy Fuehrerwho is legally blind and is always accompanied by her guide dog Onida.

The administrators of Uber and Lyft in the city responded to the women’s complaint and declared to the same media outlet that: “We are deeply saddened by the passenger experience.”

Under the rules they have at Uber, drivers are obliged to provide the service to people who need a pet and must accommodate you in vehicles without denying service.

“We are deeply saddened. As clearly stated in our Community Guidelines, discrimination of any kind is not tolerated and we have a specialized team that investigates these types of reports,” FOX6 published.

For its part, Lyft commented that they take these types of accusations very seriously, because they are totally against discrimination.

“Lyft has a strict service animal policy that requires all drivers to accommodate passengers traveling with service animals, and we take any accusation of this nature very seriously. There is no room for any form of discrimination on our platform,” said a spokesperson for the transportation service.

The National Federation of the Blind (NFB) is collecting data on animal-related discrimination involving domestic ridesharing apps. The directors of the NFB seek more severe penalties for this type of action against blind people.