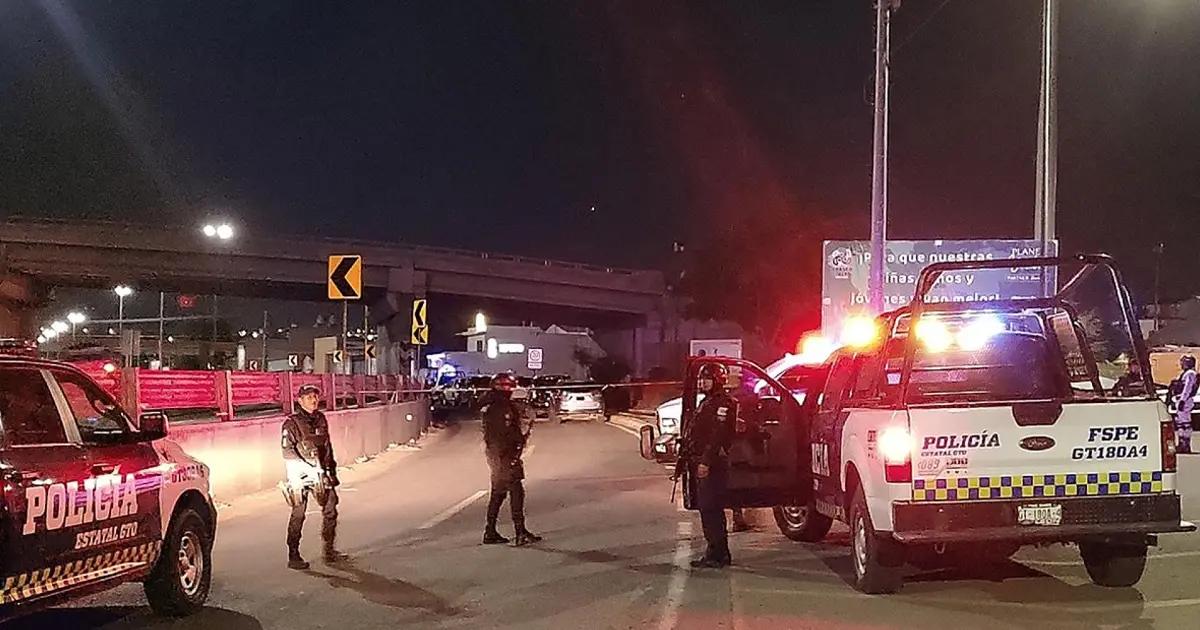 Criminal groups operating in the state of Guanajuato burned several cars. They blocked roads, in addition to murdering a policeman amid a wave of violence since the capture of Juan Rodolfo Yépez Ortiz, brother of José Antonio Yépez, alias “El Marro,” founder of the Santa Rosa de Lima Cartel.

According to reports from the authorities, at least 14 cars were burned in different parts of the state, as well as the burning of an “Oxxo” chain store.

In addition, an armed attack against municipal police officers in Celaya left one officer dead and two others wounded. The officers attacked were drinking coffee in a street stall when a group of hired killers got out of two vehicles to shoot at them with high-caliber weapons.

The Municipal Government of Celaya reported that the wounded policemen were stable and out of danger. After the attack, there was an operation and, minutes later, a chase in which at least three of the assailants were arrested.

Drug lords also left a creepy cooling box on the street a few days ago, with a threat for a police officer of the state.

Guanajuato authorities have arrested seven people responsible for the burning of vehicles and narco-blockades, who will be presented in court to be charged with terrorism, according to the State Attorney General’s Office.

These events are in addition to the attack perpetrated in the Lexus bar in the municipality of Apaseo el Grande, where hitmen killed at least nine people, one identified as the business owner.

Since 2018, Guanajuato has concentrated the highest number of homicides in the country, and according to local authorities, nine out of 10 victims have some link to organized crime.

According to Efe, from January to September this year, 2,424 murders have been registered in the state, representing 10% of those that have occurred nationwide.