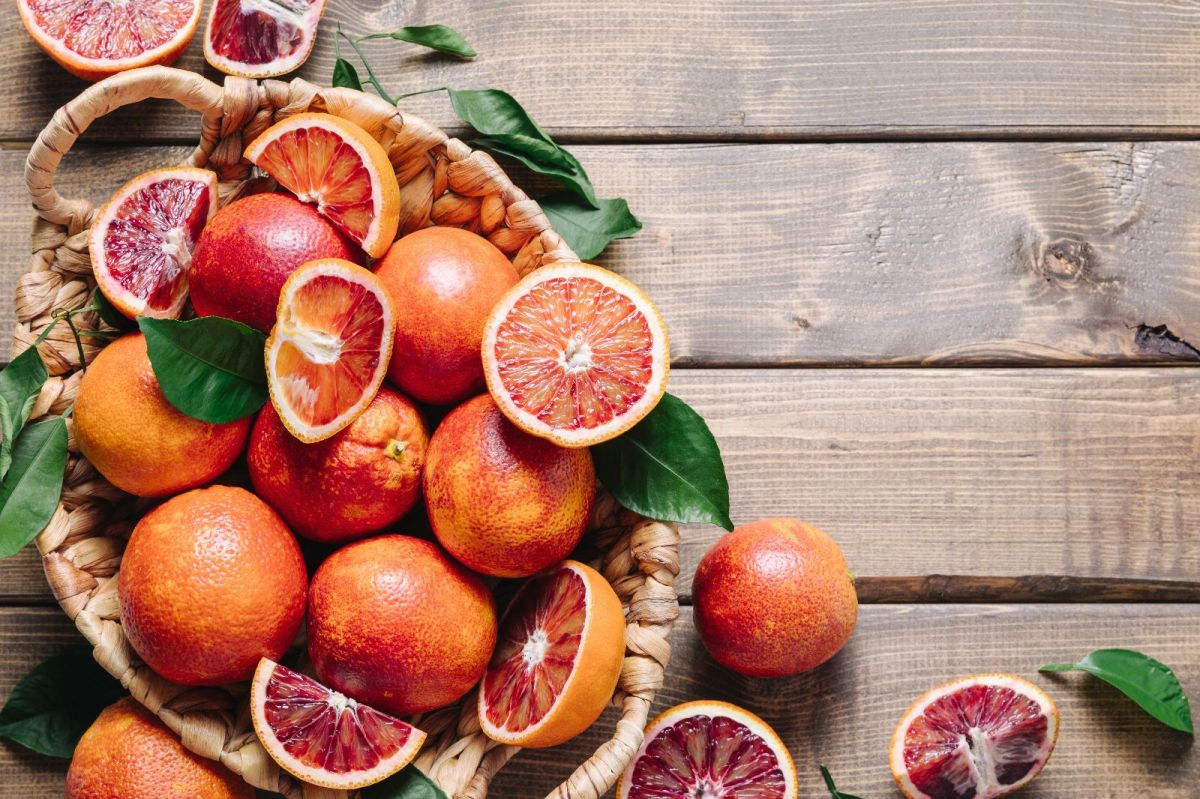 It goes without saying that orange juice has long been considered a healthy breakfast staple. However, a recent study shows that blood orange juice is even better, since it provides a better and greater antioxidant effect. According to scientists at the John Innes Center in Norwich, making this “small change” in your daily diet can have a big effect on your health and body weight. In addition, blood oranges have been linked to significant improvements in cardiovascular health, cancer prevention and are a great ally to enhance cognitive functioning.

Blood oranges, which are grown in the hot Mediterranean countries and are a true nutritional treasure. They are characterized by their peculiar reddish purple color and that represents their high anthocyanin content, the natural compounds that are responsible for its pigmentation and that are also found in other foods such as blue berries, purple cabbage, and purple potatoes.

The experts who spearheaded the study published at the British Science Festival in Chelmsford, Essex; plant scientists Cathie Martin and Eugenio Butelli of the John Innes Center in Norwich. Integrating the consumption of blood oranges in the diet is a complete success. Although at some times of the year it can be very difficult to get fresh blood oranges, juice is an extraordinary substitute.

There are some interesting previous studies, one of the main ones was carried out in overweight mice and in which they found that those who received blood orange juice lost weight “dramatically” compared to those who received water or regular orange juice. In addition, the researchers extended an additional recommendation, inviting people to eat red grapes, carrots, oranges and purple sweet potato. It is important to relate to foods of purple color, as a clue to a product very rich in anthocyanins that significantly benefit health, the same happens with blood orange juice. Other red or purple beverages, such as fresh blackcurrant, cranberry, and cherry juice, also contain high levels of anthocyanins. The only recommendation is to be cautious with their consumption, since most of the time they are high in sugar and this can counteract the positive effects.

Where do anthocyanins come from? Plants naturally produce these flavonoid pigments called anthocyanins, which provide many health benefits. Especially to prevent aging, obesity and cardiovascular diseases. The truth is that it is no coincidence that interest in these compounds is increasing, not only because of their strong therapeutic properties, they have been shown to have the ability to pass through the digestive tract and reach the intestine intact. This is a key aspect to strengthening the health of the immune system. In addition, in addition, the consumption of blood orange juice and all those foods rich in anthocyanins reduce inflammation and the risk of suffering from chronic health conditions. They also balance blood pressure, lower cholesterol, prevent obesity and diabetes, improve eye health, help prevent neurological diseases, and reduce the risk of cancer.

Researchers are so sure of the beneficial effect of anthocyanins that they are currently seeking approval in the US to sell genetically modified tomatoes. According to Professor Martin’s statement at the British Science Festival in Cheltenham: ‘Purple tomatoes are genetically modified and it is very difficult to get regulatory approval to grow GM food in the UK for non-research purposes. “In the United States it is different, so we have gone through the safety procedure with the FDA. [la Administración de Drogas y Alimentos de los Estados Unidos] and they will decide if it is safe. We are pretty confident that we will have that decision later this year. In the meantime, integrate the consumption of foods rich in anthocyanins into the daily diet it is simply one of the best allies to take health to another level and above all reduce the risk of degenerative diseases.