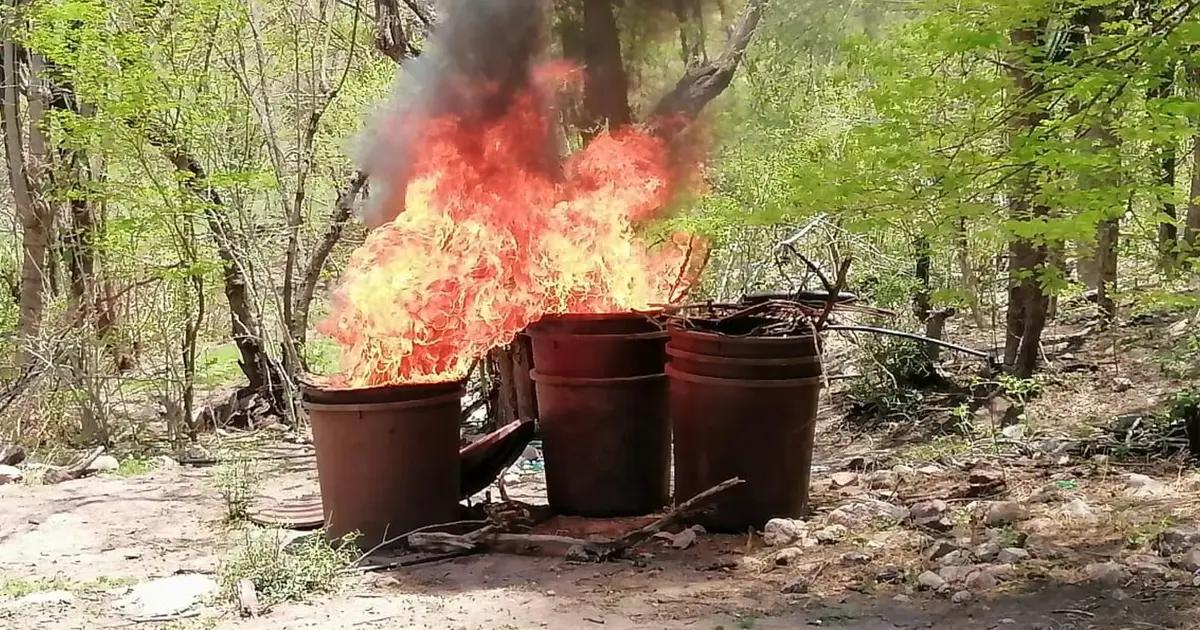 The Mexican Ministry of National Defense (Sedena) reported on Tuesday, November 8, the detection, seizure, and destruction of 24 clandestine drug laboratories in Sinaloa.

The head of the agency, Luis Cresencio Sandoval, informed during the morning conference of President Andrés Manuel López Obrador that the seizures took place between October 27 and November 7.

According to Sedena, these dismantling operations would have caused economic damage to Sinaloa Cartel with up to 26.848 billion pesos in losses.

On October 31, the Mexican National Guard, with the support of canine binomials, seized more than 20 containers of spicy candies or tamarinds that contained methamphetamine in the municipality of Culiacán, Sinaloa, which was to be sent to Baja California.

In a statement, the security organization detailed that in compliance with the Mexican National Public Security Strategy and to contribute to the National Addiction Prevention Strategy Together for Peace, the National Guardsmen located the candy wrappers.

“The apparent narcotic, which was destined for a home in the municipality of La Paz, Baja California Sur, was placed at the disposal of the delegation of the Attorney General’s Office (FGR) in the entity, the authority responsible for determining the exact weight and type of substance secured,” a statement detailed.

The environmental impact of methamphetamine

According to drug trafficking portal InSight Crime, which had access to a cattle ranch between the states of Sinaloa and Durango, documented on October 3 some of the effects of a drug manufacturing site. The site was, until recently, a clandestine laboratory that prepared methamphetamine.

Depending on the method of synthesizing the drug, the magnitude of the environmental impact can be calculated, including factors such as the number of people involved in the process and their experience.

Because the drug is produced in clandestine laboratories, it is often difficult to calculate the environmental damage. However, activists in Sonora have indicated that the presence of these sites has caused changes in the mobility of some animals, which could lead to problems in the feeding and reproduction process of some species.

The Sinaloa Cartel is one of the criminal groups dedicated to methamphetamine processing. The manufacture of this drug affects the environment for the species and the nearby water, which can become contaminated.