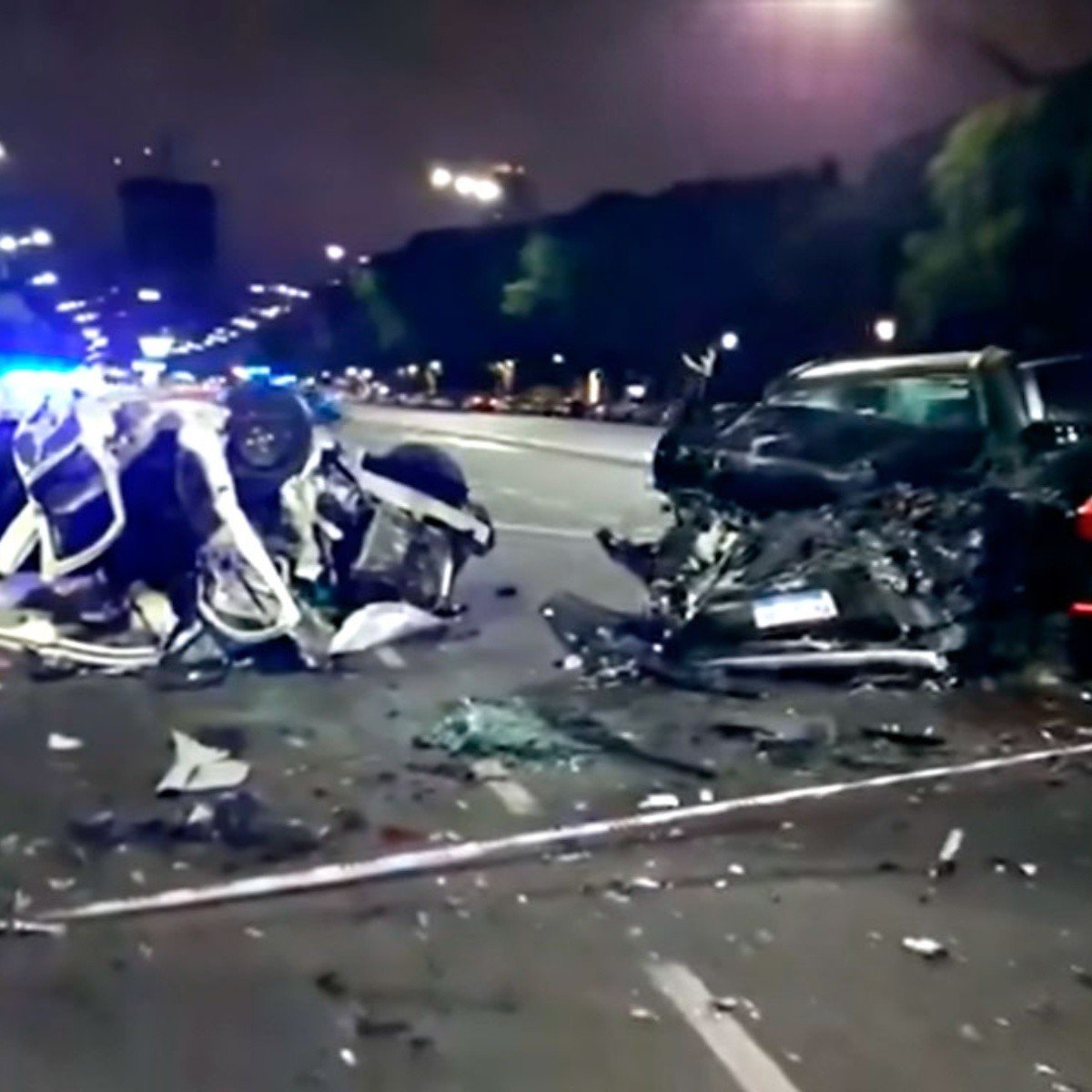 Argentina.- It was around 9:18 p.m. this Sunday when the authorities of palermo The report arrived that at the corner of Libertador Avenue and Ortega y Gasset Street, a spectacular crash in which a truck, three cars, a motorcycle and even a bicycle were involved.

A few minutes after the call, elements of the 14C Neighborhood Police Station of the police arrived at the site. City of Palermo, Buenos Aires, in addition to three SAME ambulances and City Firefighters personnel to help the victims, several of them had been trapped in the vehicles.

During the morning of this Monday, authorities confirmed the death of two young people, a 20-year-old man and a 15-year-old girl.

According to local media, the North Area No. 7 Flagrancia Prosecutor’s Office arrested Roberto Patricelli, 57, a driver of a BMWcharged with manslaughter, according to his breathalyzer test, the man was traveling drunk.

According to authorities, the impact between the units was such that one of the cars involved, a white Ford Ka, was overturned, in which three men and one woman, of legal age, were trapped.

The crushed victims They were helped by firefighters and later transferred by SAME ambulances to nearby hospitals.

According to paramedics, other ten people were injuredalthough none of them in serious condition.

Two other women were in the BMW that the detainee was driving, the other vehicles involved are a Peugeot 207 in which a couple were; a Toyota RAV4 van in which two girls were traveling who got out under their own power.

The causes of the crash have not yet been disclosed, according to the authorities they were reviewing the security cameras of the area, to see if they had captured the moment of impact, or at least the previous reaction of the drivers.

According to the versions of some witnesses, the spectacular crash occurred when the driver of the BMW he lost control of the steering wheel while driving at excessive speed in the direction of Juan B. Justo avenue, and crossed the lane directly impacting the Peugeot 207 and the Ford Ka, the motorcycle and the bicycle.