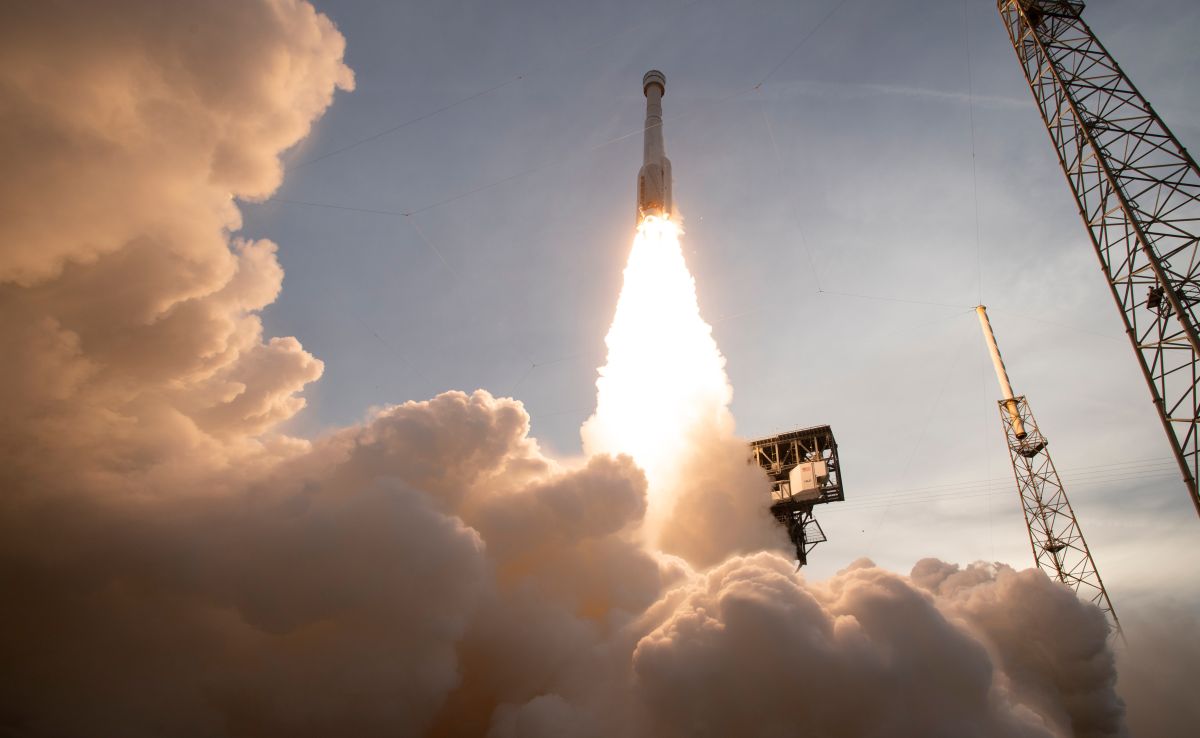 An Atlas 5 rocket launched a Boeing Starliner crew capsule into orbit Thursday for a pilotless test flight. the third attempt of the Boeing company in two and a half years to reach the International Space Station (ISS), in coordination with NASA.

Starliner’s first test flight in December 2019 was marred by software glitches that prevented an autonomous rendezvous and docking with the space station.

An attempt to fly again last August was called off when corrosion was found on critical propulsion system valves.

After a long list of implemented upgrades and enhancements, mission managers were confident the spacecraft was finally ready for another attempt, and at 6:54 p.m. EDT, the capsule’s United Launch Alliance Atlas 5 sprang to life and jumped from Launch Pad 41 at the Cape Canaveral Space Force Station.

Fifteen minutes later, after a perfect ascent into space, the Starliner was released to fly on its own.

Sixteen minutes after that, the spacecraft carried out a 45-second booster firing to get into an initial orbit, underway to rendezvous with the International Space Station.

If everything goes fine, the capsule will catch up with the laboratory complex on Friday afternoon, using a high-tech machine vision system to locate and dock around 7:10 p.m.

On board: About 500 pounds of supplies and equipment for the station crew and an instrumented dummy, Rosie the Rocketeer, who will collect environmental data throughout the mission.

The flight plan calls for the capsule to spend five days connected to the station before returning to White Sands, New Mexico, for landing on May 25. Assuming there are no major problems, Boeing and NASA hope to send a crew of astronauts to the station on a test flight before the end of the year.

The test flight is a critical step toward that goal, one NASA has been working toward since 2014. NASA’s goal since then is restore US human space launch capability and end the agency’s post-shuttle reliance on Russian Soyuz spacecraft for transportation to and from the space station.

Assuming the new flight goes well and Boeing completes a piloted test flight to the station without major problems, NASA managers want to rotate crews to and from the station with one SpaceX and one Boeing flight each year.

– Boeing Starliner prepares unmanned trip to the International Space Station
– 10 keys about the historic mission of SpaceX and NASA that opens the era of commercial space travel
– Starliner: The Boeing ship to transport astronauts to space that failed in its final test