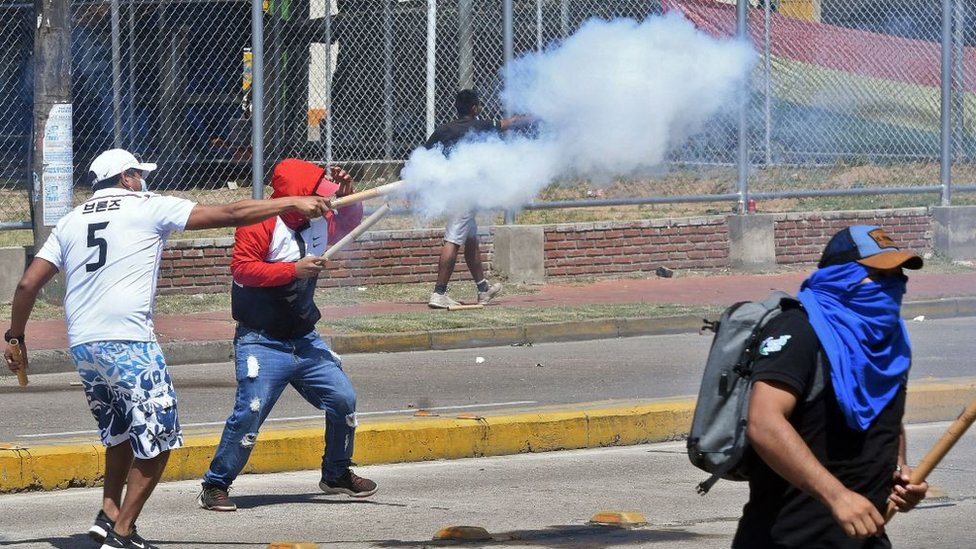 Bolivia had on Tuesday a second day of confrontations in the streets due to the strike called by organizations of the opposition to President Luis Arce before the controversial Law 1386, also known as the “mother law”.

After the protests ended on Monday with more than a one hundred detaineesOn Tuesday, the presence of protesters in the streets of several cities in the country was less.

However, they happened again confrontations in marches and blockades between opponents, sympathizers of the ruling party and the police.

The organizers of the strike reject the so-called National Strategy Against the Legitimization of Illicit Profits and the Financing of Terrorism, called “mother law”, which was approved in August.

Law 1386 causes controversy in Bolivia specifically within the sectors of transport, health and the informal economy due to the content that provides for adjustments in the Penal Code and measures against informality.

Its detractors consider that with it the government seeks to “impose” a “economic and financial totalitarianism”Against the Bolivian people, giving discretionary powers to the government.

Of the seven articles that the questioned law has, three generate concern. One of them opens the possibility of making adjustments “by decree” to a strategy that is detailed in a 53-page annex.

“The strike will last as long as it has to last,” said Fernando Larach, the vice president of the Pro Santa Cruz Committee, the institution that led the mobilizations against Evo Morales in 2019.

For her part, the Vice Minister of Communication of Bolivia, Gabriela Alcón, accused that it was a “strike without arguments” and added that all the demands are being addressed by the government.

Some sectors that reject the law, such as transporters and merchants, did not join the work stoppage called for “indefinitely”.

The most numerous protests and blockades were seen in the regions of Santa Cruz, Cochabamba, La Paz, Tarija, Potosí, Oruro and Beni.

To counteract the strike, the president’s government Maple -who on monday he served one year in power– deployed the police and warned that there will be sanctions for health workers who suspend their work amid the fourth wave of the pandemic in the country.

Bolivian Vice Minister of the Interior Regime, Nelson Cox, reported that on Monday there were 125 detainees throughout the country.

Since the civic strike on October 11 and the demonstrations on October 21, the union leaders had already warned by taking new measures of force if the government did not listen to them or completely repealed the “mother law.”

“The Police do nothing when the masistas [simpatizantes del gobierno] they blockade, but when the true people are in the streets in a brutal way they have grabbed and gassed us, “said a protester in Cochabamba at Tuesday’s protest.

Pro-government sectors have rejected this measure that they consider seeks to “destabilize” the government and warned that they will do the same to defend “democracy” and the Arce government.

According to Vice Minister Cox, several detainees were in possession of sharp weapons and tear gas.

“We regret that there were blocking points with belligerent attitudes, there is a level of violence in people who have been in blocking points,” said Cox.