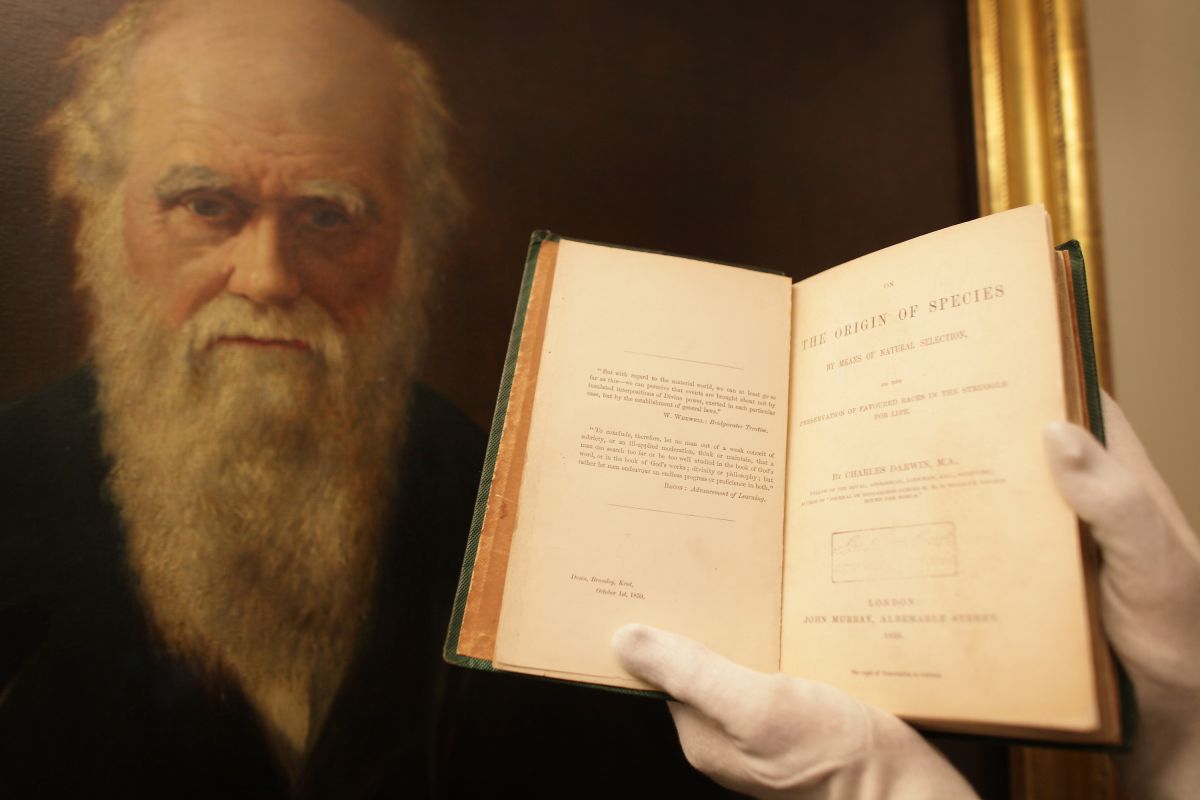 The paper bag—a garish shade of pink—was found on the floor in a public space in the Cambridge University Library.

Inside were the 2 notebooks of the British naturalist Charles Darwin disappeared 22 years ago, with a brown envelope containing a brief note.

“Librarian Happy Easter X,” said the text, which accompanied the notebooks wrapped in transparent paper and kept inside a box.

“I feel very happy. They’re safe, they’re in good condition, they’re home,” librarian Jessica Gardner said with a grin when she learned of the find.

But who returned on March 9 – and who stole – these millions of dollars worth of manuscripts remains a mystery to British police, who broke the news this week. mystery.

The notebooks were written at the end of the decade of 1830when Darwin returned from the Galapagos Islands, a volcanic archipelago in the Pacific Ocean, about 1,000 km off the coast of Ecuador.

On one of its pages the scientist drew a sketch of a treewhich helped him create his theory of evolution, and more than 20 years later would become a central theory of his groundbreaking work “On the Origin of Species.”

“The theory of natural selection and evolution is probably the most important theory in the life and environmental sciences on Earth, and these are the notebooks in which that theory was composed,” explains Jim Secord, professor emeritus of history. and philosophy of science from the University of Cambridge.

These are some of the documents most remarkable in the history of science“, he adds.

lost in a maze

The last time these manuscripts were seen was in November 2000after being removed from their site to be photographed in response to an “internal request”.

And it wasn’t until a routine check two months later that library staff discovered that they were nowhere to be found.

Initially they thought that they had been kept in the wrong place, something that is possible in this immense library that contains more than 10 million books, maps and manuscripts distributed along 200 km of shelves.

But after a fruitless search that lasted for years and in the absence of clues, Gardner concluded that they had been stolen.

In 2020 he contacted the police and informed Interpol.

Secord was one of several scholars and experts who examined the texts and confirmed that they were authentic.

“Darwin uses different types of ink in notebooks. For example, on the famous tree of life page, there is both brown and gray ink. Those kinds of changes are quite difficult to convincingly fake,” he explains to the BBC.

Gardner adds that all the pages that should be, “are there”.

Where were they all this time? Who took them? For what? These are some of the questions that remain in the air.

Security cameras may perhaps give a clue, although there was no CCTV at the site where the books were found. Police must now monitor the rest of the building’s cameras for more details.

“Our investigation is still open and we are following some lines of search. We also renew our call for anyone with information about the case to contact us.”