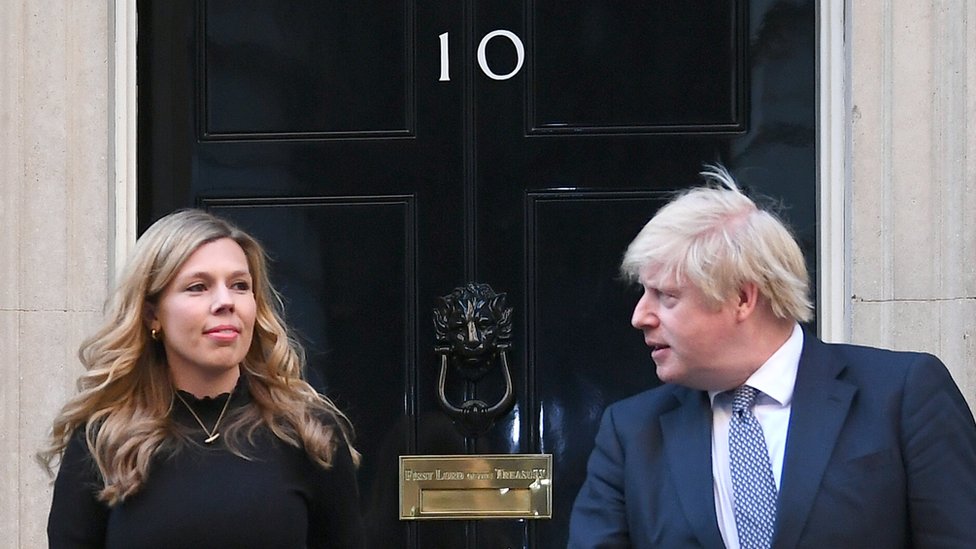 The political future of UK Prime Minister Boris Johnson is at stake.

A report is expected on the alleged parties at his official residence, 10 Downing Street, which would have taken place during the pandemic restrictions.

In addition, Scotland Yard opened a criminal investigation over the alleged breach of covid-19 laws, and the prime minister could also be forced to resign if he is found to have lied to parliament.

Boris Johnson’s time in office as British Prime Minister has been eventful, to say the least.

In just over two years, the United Kingdom’s exit from the European Union was completed (Brexit), led the country through the pandemic and faced rebellions and resignations of his closest advisers.

However, it is the so-calledpartygate“, the latest drama to affect British politics, which has brought the former mayor of London closer than ever to losing power.

But what exactly is he accused of?

According to media publications, there were allegedly at least 17 meetings at the Downing Street residence, where the prime minister lives and works, or in other government departments during the pandemic.

The UK was in varying degrees of lockdown when these festivities reportedly took place. The rules for the general public included the ban on indoor gatherings that have more than two people, as well as other restrictions for outdoor events.

About 100 people were invited to a socially distanced drinks event in Downing Street Garden in May 2020.

Witnesses told the BBC that Johnson and his then-fiancée, Carrie Symonds, were among the 30 people who attended. The prime minister confirmed that he was there for 25 minutes, but “implicitly believed it was a work event.”

According to press reports, the prime minister’s birthday it was celebrated a month later with a cake in the Downing Street Cabinet Room.

When London moved to the strictest level of restrictions in December 2020, several parties were allegedly held, including a so-called “unauthorized gathering” at the Conservative Party headquarters.

At the service, the monarch was filmed sitting alone, in accordance with pandemic restrictions at the time. The country was in a state of national mourning, with official flags flying at half-staff.

Johnson did not attend any of the alleged April 16 celebrations.

What has been the reaction?

The prime minister has faced a harsh backlash for the alleged meetings and has been regularly criticized by Labor opposition leader Keir Starmer in Parliament.

The first victim of the scandal was the government’s press secretary, Allegra Stratton.

When the reports surfaced last December, and after a week of government denial, a video was leaked to the press showing Stratton rehearsing how to answer reporters’ questions.

He even joked that there was a “cheese and wine” business meeting. He resigned his post with a sobbing statement the next day.

That same month, the Conservatives lost a very secure North Shropshire seat to the Liberal Democrats in a shock election that many have blamed on the controversies surrounding the Johnson government.

Earlier this month, another Conservative MP, Christian Wakeford, announced his defection to the opposition Labor Party, although his first contact with the opposition predated partygate.

Many MPs, both inside and outside the Conservative Party, have called for the prime minister to resign, with a particularly heavy blow coming from former Conservative Brexit Secretary David Davis.

He quoted a Conservative Member of Parliament from 1940, who called for then-Prime Minister Neville Chamberlain to resign after the first military defeats of the Second World War.

“You have sat there too long for all the good you have done. In the name of God, go away,” he said.

Now all eyes are on Parliament while awaiting the publication of the report of the investigation into the alleged infringements, carried out by Sue Gray.

She is the second permanent secretary in the Cabinet Office and reports to the UK’s most senior civil servant, Simon Case.

Gray discuss the nature and purpose of meetings, including who attended them “with reference to compliance with the regulations in force at the time”.

The report is expected to provide a factual account of what happened. This does not necessarily mean that she says whether or not there were breaches of the rule.

What are the police investigating?

Opposition leader Keir Starmer told the BBC earlier this month: “I think he [el primer ministro] broke the law. I think it’s like admitting he broke the law. And, after all, Downing Street has now apologized to the queen for some of the parties that have happened.”

The London police, the Metropolitan Police, announced that they had opened an investigation. It is not known how many events he is investigating.

It has only reported that is investigating “a series of events that took place in Downing Street and Whitehall in the last two years in relation to possible violations of the regulations on covid-19″.

The decision to launch the investigation was the result of information provided by the Sue Gray investigation team and “assessments by the officers themselves,” Commissioner Dame Cressida Dick said.

According to the Coronavirus Law, violations of covid regulations are punishable by fines.

In the summer of 2020, the Metropolitan Police had the power to fine people $130 for the first violation. Subsequent violations could be doubled up to a maximum of $4,160.

For now, Johnson has gone into seclusion, as he often does when faced with accusations of wrongdoing and lies, and has urged his MPs to wait for the report to be released.

She apologized to Queen Elizabeth II for the behavior of her staff, at a time when she had been scrupulously observing pandemic rules by sitting alone at her husband’s funeral.

Various high-ranking members of your own party have called for his dismissal as prime minister and party leader. So if he doesn’t resign voluntarily, they’ll have to consider a vote of no confidence.

This is a secret ballot in which the prime minister must obtain a simple majority of MPs from his own party to remain in power.

For this, at least 15% of the parliamentarians in office (54) have to write a letter saying that they no longer trust the prime minister.

Johnson’s predecessor, Theresa May, survived a no-confidence motion in December 2018, only to resign of her own volition six months later.

You can now receive notifications from BBC News World. Download the new version of our app and activate it so you don’t miss out on our best content.