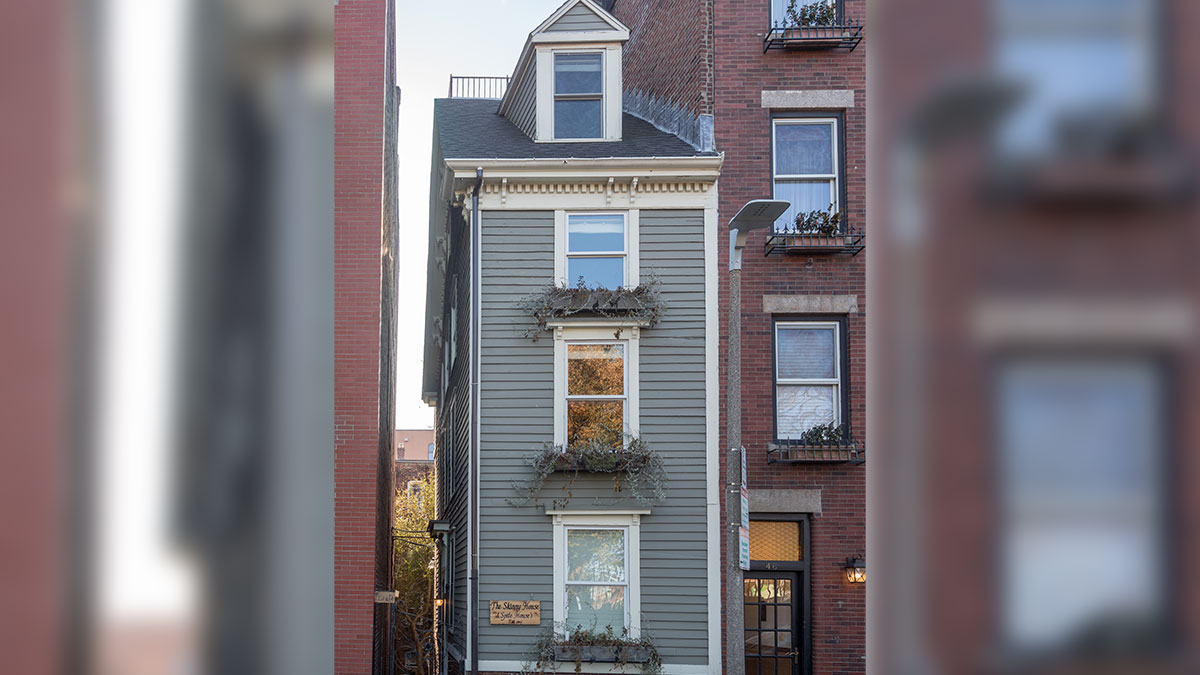 Boston’s iconic little house, known as the “Skinny House,” is selling for $ 1.2 million.. The curious home sits between two buildings in the North End, has two bedrooms, a private rooftop terrace, and views of Boston Harbor.

The casita is located on Calle 44 Hull, it has a bathroom, full kitchen and a balcony overlooking its private gardens.

Now, four years later, it is on sale again, this time for $ 1.2 million. The real estate agent in charge of promoting it says that she has not been able to catch up with the large number of offers she is receiving, and that the house seems to be highly coveted by many.

The two bedrooms of the house are on the upper two levels. The master bedroom suite features custom lighting and access to the private rooftop terrace, while the guest bedroom has a sitting corner and built-in closet.

Although the house appears to be a bit cramped, it is offset by the outdoor space at the back where there is a private garden, as reported in Boston Magazine.

As a curious fact, this house was built because of a fight between brothers. And it is that, between the decades of 1870 and 1880, two brothers inherited the land from their father. One of the brothers was absent for a time due to performing military duties. At that time, the other brother built a house occupying most of the land.

When the brother returned, he decided to make the house slim to block the view and much of the light from his brother’s large house.

The current owner has been living in the house and rents it occasionally, but is now selling it because she is moving out of the area.

Over the past four years, the current owner has modernized the space, including adding recessed lighting and upgrading the garden, heating system, and air conditioning.

–You can also enter: Amazon will pay up to $ 1,000 in damages to customers who have purchased dangerous products on its site