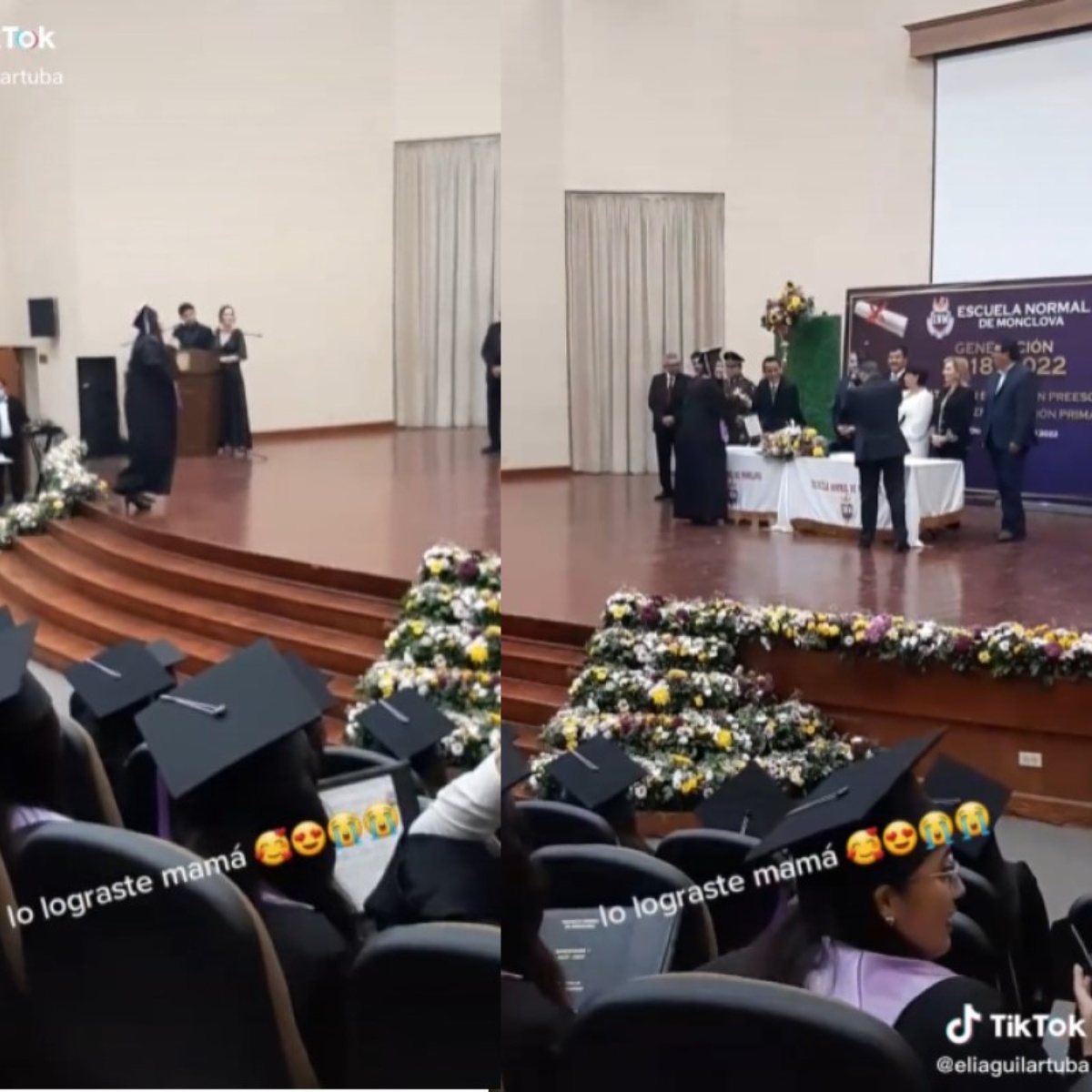 Social networks are the best known means to viralize all kinds of stories, in AmericanPost.News for example we have talked about employees, merchants, themed birthday parties and more, but now we present you the viral moment where a boy reacts to seeing his mom graduate.

The moving story has excited the networks And it is that a Mexican mother managed to overcome obstacles and never gave up her dream of graduating from university and having a career.

And after several years of sacrifice and what it means to have a small child while still studying, the woman finally managed to graduate from the Monclova Normal School, located in Coahuila de Zaragoza, Mexico.

The video where you can see how the child reacts to seeing his mother graduate was shared by Eli Aguilar, the sister of the recently graduated woman.

The protagonist went on stage during the graduation ceremony to receive her diploma, as well as a handshake from the rector of the university, but as she went on stage and among the applause of those present, a voice resounded from among all the others shouting : “You did it, mom.”

The words were loaded with so much love when they came out of the mouth of her son Luciano, who was the engine and the reason why the woman never gave up on her dreams.

It may interest you: Graduate cries inconsolably when he sees that his family did not attend his ceremony

Boy proud of his mom

When the mother heard the voice of her little one, she was moved and not only she, but all those present and now the users of social networks who have seen the video, which already has more than two million views.

Thus, comments of all kinds have been given, such as:

But not only that, seeing the video where the child reacts to seeing his mother graduate, has motivated many other mothers to finish their studies, since some wrote that they feel exhausted and considering the option of giving up their studies, to to be inspired by their example and to get the pat they needed to keep going.