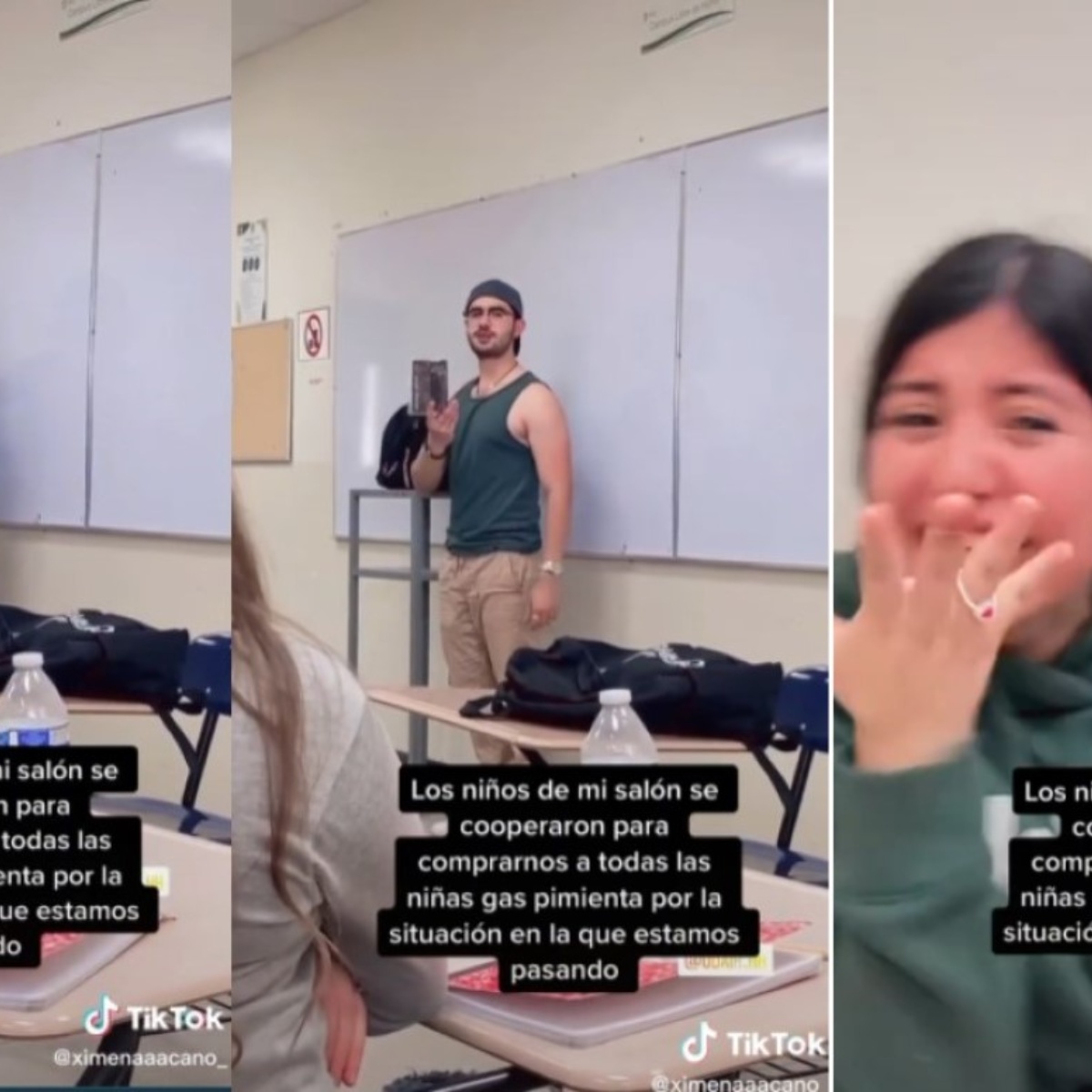 Violence against women is still more present than ever in Mexico and even though the crime of femicide was criminalized, kidnappings and murders are on the rise, which is why a TikTok video has surprised with the action of some students. The guys make “coleracha” and give away pepper spray.

The country has sought to legislate against gender violence, but the crimes continue, such as the most notorious, the case of Debanhi Escobar or that of Yolanda Martínez, who is still missing.

Given this, sales of pepper spray and knives have increased in Nuevo León and other states of the country, and to make the problem visible, a group of boys make “coperacha” and give pepper spray to their classmates.

Boys make “cooperacha” and give away pepper spray

Recently, this topic has picked up steam for what continues to happen and to be seen in Mexico. For this reason, the gesture that some young people had with their classmates to make them use self-defense in case of being in danger went viral: they gave them pepper spray.

The user of the TikTok account ‘ximenaaacano_’ published the moment in which one of her companions begins to say what they have bought.

According to what was exposed in the clip, the students of the Autonomous University of Baja California (UABC) operated among themselves to buy pepper spray and give it to their classmates.

“The children in my room cooperated to buy all the girls pepper spray in the face of the situation we are going through,” the video says.

As expected, this clip went viral and received multiple likes and hundreds of comments, where many appreciated this gesture.

In the video where it is seen that the Boys make “coperache” and give away pepper spray, there were also those who lamented that women should go out into the streets prepared so that nothing happens to them, although others celebrated that women can exercise self-defense.