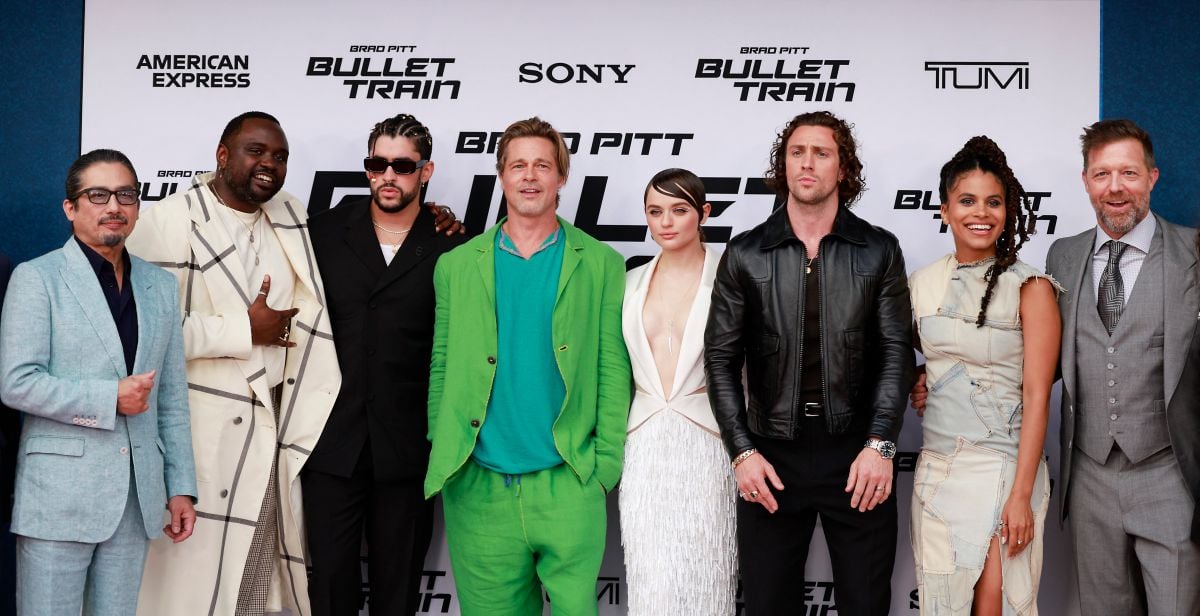 “Bullet Train” promised to be one of the biggest openings of the summer, and it was after it accelerated to solid ticket sales of $30.1 million this weekend to top the US box office.

On the other hand, this release from Sony Pictures, which has a hefty budget of $90 million, it has also grossed $62.5 million worldwide in its opening weekend.

Although the figures can be taken as the largest opening for a film, the truth is that It is the worst weekend of the summer for the billboard. Reports Indicate That “Bullet Train”’s “R” Rating Could Be Harmed in the US audience system, which is reserved for films with content not suitable for minors.

Brad Pitt headlines a star-studded cast in this story of a killer traveling on a high-speed Japanese bullet train with the sole mission of recovering a valuable abandoned suitcase.

What the protagonist does not expect is that some of the most prominent assassins on the planet travel on board that train, each one focused on their objective until quarrels, enmities and even shared clients appear that end up making that journey a crazy and bloody one. chaos.

For their part, US theaters close the summer premiere season with the first weekend that grosses less than $ 100 million dollars, something that has not happened since 2021, when theaters were still operating under the restrictions of the pandemic.

Behind “Bullet Train” was the animated “DC League of Super-pets”, with $11 million.

“Nope,” the latest offering from filmmaker Jordan Peele, settled for third place and $8 million in its third week after a debut that topped $44 million.

“Thor: Love and Thunder” and “Minions: The Ride of Gru” close the list as the fourth ($7.1 million) and the fifth ($7 million) most watched films.

Keep reading: Bad Bunny and Brad Pitt stole their eyes on the red carpet of ‘Bullet Train’ in Los Angeles
– Brad Pitt reveals the reason he wore a skirt to the ‘Bullet Train’ premiere
– Bad Bunny passionately kisses one of his fans
– ‘Un Verano Sin Ti’, by Bad Bunny, is still at the top of the charts