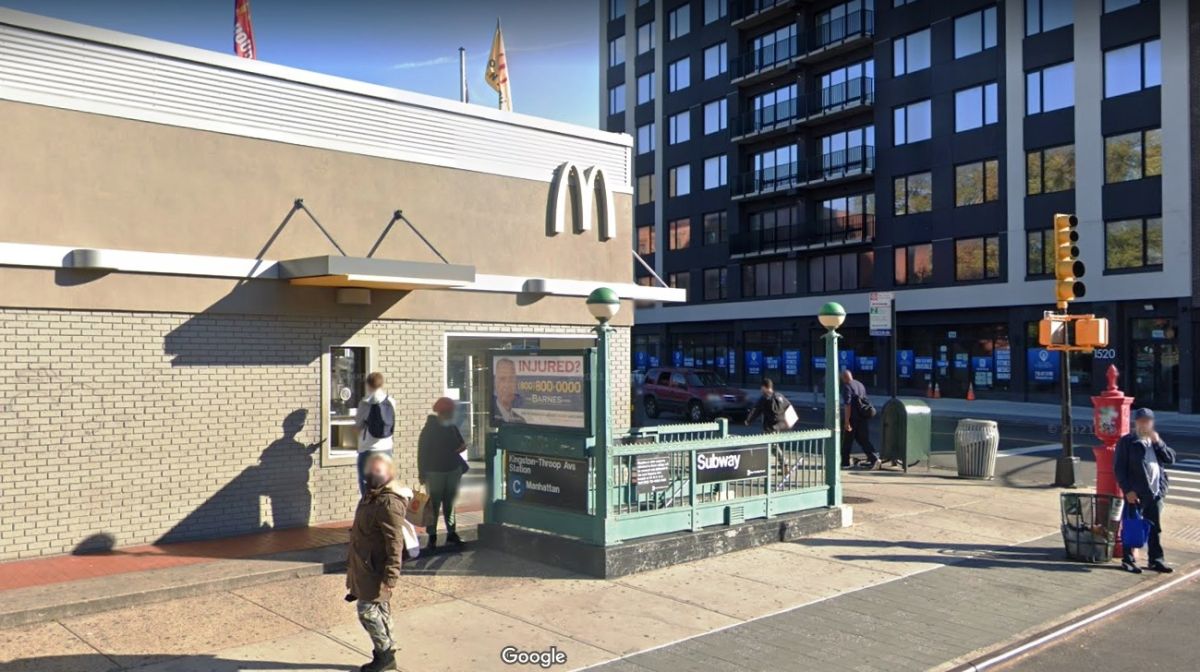 Matthew Webb, the 23-year-old McDonald’s worker who was shot in the neck in Brooklyn (NYC), died this morning, after spending three days with brain death and on life support.

Michael Morgan, 20, had been held without bail hours after the shooting. Ever since Webb’s brain death, the suspect was expected to face murder charges for the restaurant shooting in Bedford-Stuyvesant Monday night, after one discussion about the fries that were served to his motherprosecutors said, reported DailyNews.

“Your Honor, people anticipate a murder charge in this case given that the victim is currently on life support. The victim has been transported to Brookdale Hospital and is brain dead,” Brooklyn Deputy District Attorney Luis Paternina previously told Judge Inga O’Neale during Morgan’s arraignment for attempted murder. “The family now has to make the difficult decision [de quitarle el soporte vital]”.

Webb was working at the restaurant on Fulton Street on Monday night when Morgan’s mother, Lisa Fulmore, complained to workers that her fries were cold and asked to speak to a manager.

The workers apparently began to laugh while Fulmore was making face time with Morgan, who came to the restaurant and got into a fight with Webb. The altercation then spilled out onto the sidewalk.

Morgan punched Webb in the face and when he got up, he pulled out a gun and shot him in the neck, prosecutors allege.citing security cameras. The suspect’s girlfriend, Camellia Dunlap, was charged with weapons possession. after he allegedly handed the gun to Morgan before the shooting. She was arraigned later Wednesday and held on $50,000 cash bail after she admitted to possessing the gun, she said. New York Post.

Morgan was arrested at his home on Monday night and after hours of questioning confessed to shooting Webb and unrelated homicide in October 2020 a few blocks from McDonald’s. That time killed Kevin Holloman, 28, who was outside a Herkimer Street building with his cousin when Morgan fatally shot him, prosecutors said.

Webb was not the first fast food employee to suffer a violent attack on the job in NYC this year. In March a customer was brutally beaten during a robbery at a McDonald’s in Midtown Manhattan. Also that month in another restaurant of that chain in East Harlem, the Hispanic employee Ángel Miguel Salazar (23) was stabbed.

That stabbing happened exactly two months later and a block from the “Burger King” restaurant where an alleged former employee returned to steal and fatally shot 19-year-old worker Krystal Bayron Nieves in January.

In NYC, armed violence continues unleashed in 2022, especially with young attackers and perpetratorsputting up a great challenge to the new mayor Eric Adamswho since taking office in January has encountered obstacles within his own Democratic party and Black Lives Matter (BLM) leaders in dealing with the crisis.