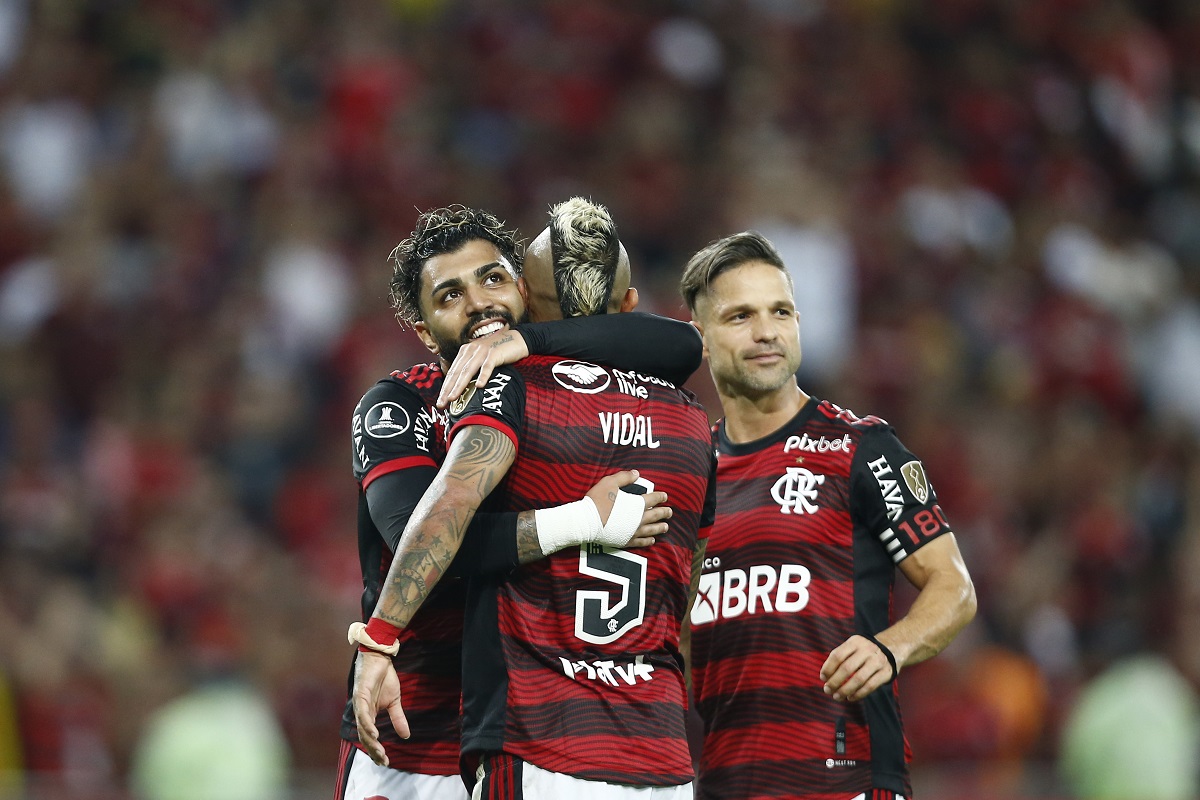 Flamengo, Palmeiras, Vélez Sarsfield and Athletico Paranaense are the semifinalists of the sixty-third edition of the Copa Libertadoreswhile Sao Paulo, Atlético Goianiense, Independiente del Valle and Melgar advanced to this phase for the twenty-first version of the South American.

Five Brazilian teams, one Argentine, one Ecuadorian and one Peruvian reached the semifinals which will be played from August 30 to September 8.

Brazil will have at least two finalists in both contests since in the Libertadores Palmeiras and Athletico Paranaense will meet in the semifinal; and Flamengo could also be if they win the series against the Argentine Vélez Sarsfield.

While in the South American there will be another Brazilian team in the final with the semi-final duel between Sao Paulo and Atlético Goianiense. The other quota to seek the title will be disputed by the Peruvian Melgar and the Ecuadorian Independiente del Valle.

The Libertadores will have three former champions fighting to try to reach a new championship, Palmeiras, Flamengo and Vélez, a throne to which Paranaense will also aspire if it goes to the final that will be played on October 29 in Guayaquil (Ecuador).

In the South American two former tournament champions, Sao Paulo in 2012 and Independiente del Valle in 2019, maintain the illusion of adding a new title if they reach the final on October 1 in Córdoba (Argentina).

The four best of the Copa Libertadores

Flamengo was the first semifinalist. They advanced on Tuesday, without stepping on the accelerator fully by beating Corinthians 1-0, after the 0-2 achieved in the first leg.

The winning goal was scored in the 52nd minute by Pedro, who has already scored eight goals and is the top scorer in this edition of the Libertadores.

Flamengo has now gone nine games without defeat and will fight for a place in the final against the Argentinian Vélez Sarsfield, who beat Talleres, also from his country, 0-1 at home.

A goal from Julián Fernández in the 78th minute allowed them to extend the advantage they had gained last week, when they won 3-2.

Palmeiras, champion of the Libertadores 2021, suffered until the end against Atlético Mineiro and resisted in Sao Paulo with two fewer players, as Danilo (m.29) and Gustavo Scarpa (m.82) were expelled, to equalize 0-0 and achieve win 6-5 on penalties, after 2-2 in the first leg.

Verdao, led by the Portuguese Abel Ferreira, made goalkeeper Wéverton the hero of the series by saving Rubens’ decisive penalty.

Now they will be seen in the semis against Athletico Paranaense who did the impossible and beat Estudiantes de La Plata 0-1 in Argentina with a goal from Vitor Roque at minute 96. In the first leg they tied 0-0.

The four best of the Copa Sudamericana

Atlético Goianiense became the first semifinalist of the 2022 Sudamericana by beating Nacional 3-0 on Tuesday with a double by Luiz Fernando and eclipsed the Uruguayan Luis Suárez who only played 45 minutes.

Dragao also beat Nacional 0-1 in the first leg in Montevideo and in the semis they will face another Brazilian, Sao Paulo, who lost 2-1 on their visit to Ceará but won 3-4 in the shootout of penalties.

Sao Paulo won the first leg at home 1-0 and a draw was enough to qualify, but ended up defeated by Ceará, who almost achieved a historic qualification and wasted three charges on penalties.

Champion of the South American 2019, the Ecuadorian club had no rival in their series against the Venezuelan formation, which they also defeated 0-1 away from home.

While Melgar drew 0-0 in Porto Alegre with Internacional, the same result as in the first leg in Arequipa, but on penalties he was right and beat Colorado 1-3.

Melgar achieved a new record by becoming the first club from his country to reach the semifinals since 2003, when Cienciano, the only Peruvian to reach this instance, won the South American.

With 5: Junior Sornoza (Independent of the Valley).

– Classification of scorers of the South American Cup:

You might also be interested in:
– Heart of a champion: Palmeiras wants the three-time Libertadores championship after advancing with 9 players on the court [Video]
– Conmebol stops requiring the mandatory covid test in its competitions
– Arturo Vidal is amazed at the level of Flamengo: “If I were in the Champions League, I would surely fight with everyone”