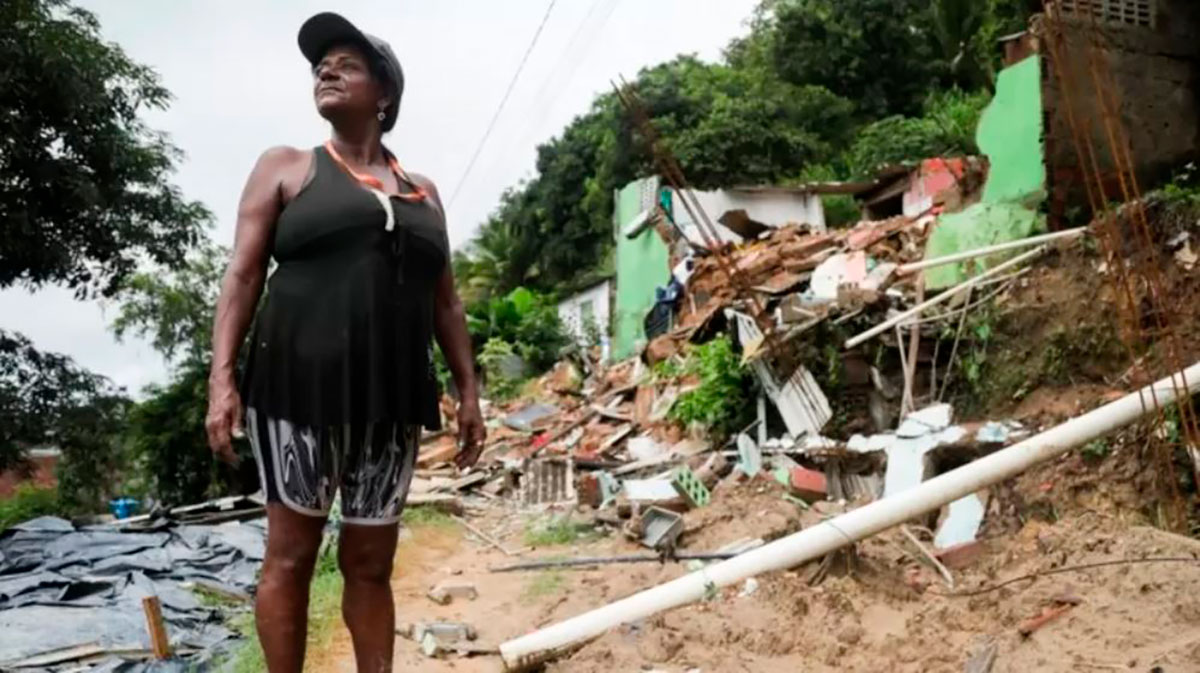 Authorities in Brazil’s northeastern state of Pernambuco said the death toll had risen to 106 after heavy rains affecting the city of Recife and its surroundings for several days caused landslides.

Authorities estimate that some 6,198 people were left homeless in the 24 municipalities in the state that declared an emergency.

Local media report that the rains have remained in the area and that more are expected for this Wednesday.

According to meteorologists quoted by the local newspaper Folha de Pernambuco, the rains are caused by a weather phenomenon known as Eastern Waves, which stimulates the formation of rain clouds through air currents that reach Brazilian territory from Africa.

President Jair Bolsonaró flew over the areas most affected by the rains on Monday.

“Unfortunately, these catastrophes happen, a continental country has its problems […] Obviously, we are all sad, we express our condolences to the relatives. Our main objective is to give relief to the relatives and, through material means, serve the population,” said the president.