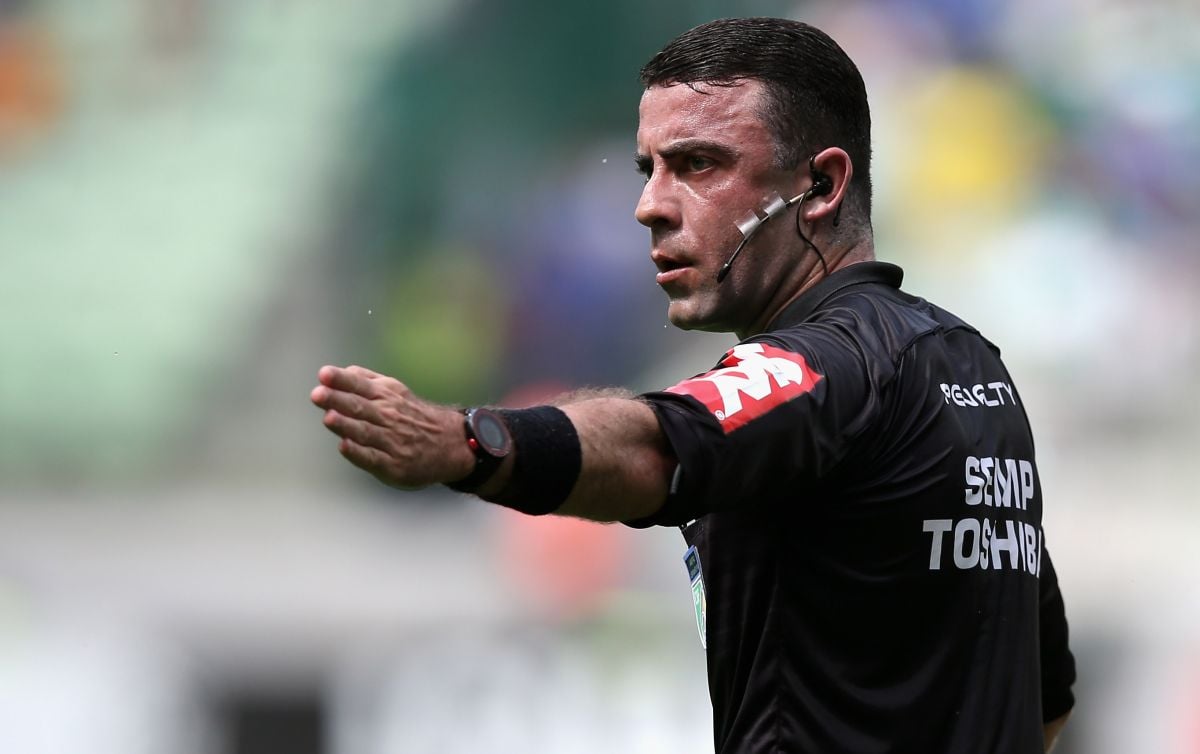 “Football was a ‘man’ thing and from early on I already knew I was gay. There was no more perfect place to hide my sexuality. Playing was not a lasting option, so I went the only possible way: I became a referee”, revealed Benevenuto in the podcast ‘In the Wardrobes of the Changing Rooms’, by the Globo group.

Born in the state of Minas Gerais (southeast) and raised in a religious family, the 41-year-old referee has been a judge on the playing field for 23 years. He is part of the elite of Brazilian referees, being one of the representatives of the country in the FIFA referees.

Benevenuto said on the podcast that grew up “deeply hating” football and that he spent his entire life “sacrificing” what he is “to protect himself from the physical and emotional violence of homophobia.”

“He lived isolated, a sad boy, with a hole in his heart,” he said, recalling his childhood in which, as he confessed, played the role of “straight“, a “compulsory” condition to be a “type of soccer”.

He trained as a referee in 1998, after taking a course at the Mining Football Federation, with the financial support of his mother.

“Being a referee puts me in a position of power that I needed. Did I choose it to hide my sexuality? Yes. But it is more than that. I positioned myself as the owner of the party, the type of authority, and that automatically refers to a figure of strength, full of masculinity, ”she explained.

Benevenuto stressed that there are “many” homosexual people in the world of football, but that “99.99% are inside the closet”

“There are referees, players, coaches, married, with children, separated, with a double life… There is everything (…) We exist and deserve the right to talk about this, to live normally,” he declared.

He affirmed that in the arbitration establishment “it is not a secret” that he is gay and assured that he is “quite respected”. He never received offenses from players and coachesas he commented.

“Every time that came from managers and fans, and whenever that happens I reflect it in the minutes. A fight, but I do not give up, ”she indicated. He also said that he was “always” “advised” not to associate himself “with the gay image”.

“’For my own good,’ they say. Once they invited me to whistle the final of an LGBT competition and they convinced me not to do it because it was not a good idea. And who went to whistle? A straight referee. The hetero can; the gay, no”, he denounced.

Benevenuto made his story known in the podcast ‘In the Wardrobes of the Changing Rooms’, from the Globo group, which deals with homophobia and machismo in football.

In the previous episode, they released the testimony of former Brazilian midfielder Richarlyson Barbosa, who came to play for the Brazilian team and publicly declared himself bisexual for the first time.

Also read:
– Former Brazilian national team player Richardlyson declared himself bisexual and called for an end to homophobia in football
– Not everything is a party in Qatar 2022: Deaths in constructions, homosexuality punished with jail and more fill the World Cup with controversy
– Tom Daley: “I am proud to be able to say that I am a gay man and also an Olympic champion”