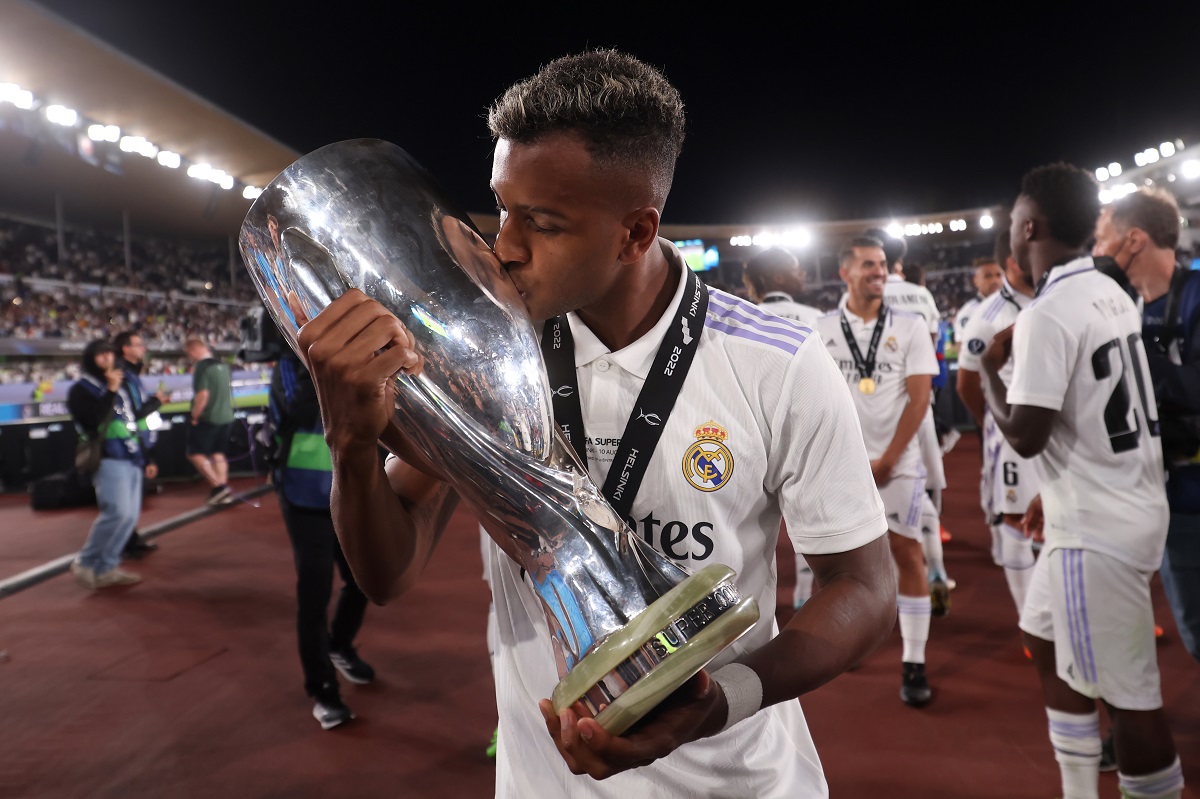 Real Madrid started the 2022/2023 season with a new title in their showcases after beating Eintracht Frankfurt 2-0 for the UEFA Super Cup and Rodrygo Goes played 25 minutes in the second half of the Whites’ first final.

Carlo Ancelotti formed the same starting team that won the UEFA Champions League against Liverpool FC in Paris, he had anticipated it and delivered. That meant he came up with a scheme with four midfielders, including Fede Valverde instead of Rodrygo Goes.

The Brazilian’s performance was outstanding and that is why at the end of the game, in full celebration, he sent a message to his coach.

“I know that I can help my team a lot and play more; not only with the team losing. I want to start from the start, the coach shows me his confidence and I know I have everything to play for”, Said Rodrygo in Movistar +.

His secondary role as a catalyst has helped Real Madrid change important games and qualifiers in the previous season, but the 21-year-old wants to step up and earn a place on the attacking front alongside Vinicius and Benzema.

“I’m very happy. It is the best way to start the season, a gift of what we did last season”, described when winning the European Super Cup.

Already thinking about this new campaign, Rodrygo highlights that the mix of youth and experience on the squad will be key to trying to repeat the excellent previous season that ended with the achievement of La Liga 35 and the Champions League 14 of the White House.

“Every day we are better and more united, young people with veterans, they teach us a lot every day”, he concluded.

You might also be interested in:
– Ancelotti is proud of his team: “A year ago nobody had this security”
– Real Madrid does not plan to sign more players for next season, according to Florentino Pérez
– Heart of a champion: Palmeiras wants the three-time Libertadores championship after advancing with 9 players on the court [Video]