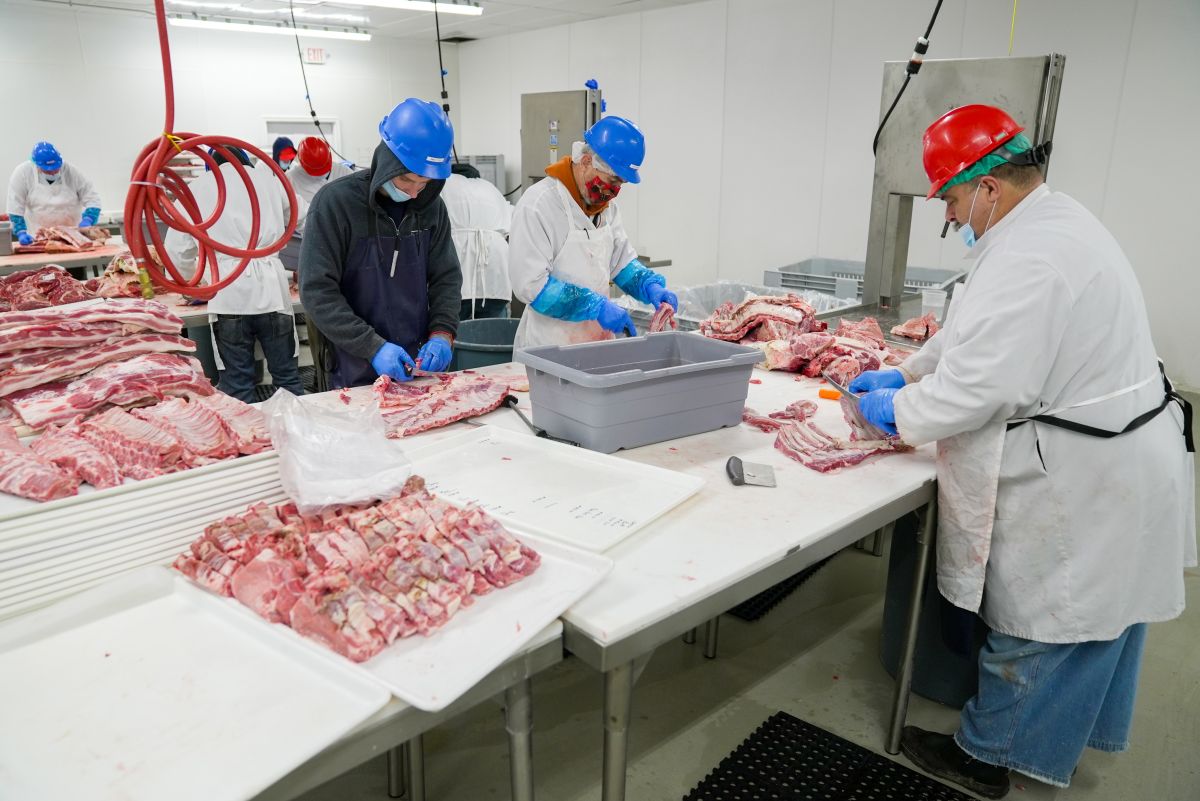 British authorities announced that they will allow 800 foreign butchers work in the country with temporary visas, after farmers revealed that a labor shortage in meat processing has forced them to slaughter thousands of healthy pigs, reported the Associated Press.

The Department of Transport announced in the week that temporary visas will allow butchers to travel to Britain and work there for a period of six months.

Previously, the pig sector had already warned that up to 150,000 pigs could be slaughtered due to the lack of butchers in the slaughterhouses, which generated an accumulation of ready-to-eat meat and farmers were in trouble for not having space to house the animals.

Officials warned that it is a temporary measure and that companies must invest more in salaries, technology and training for national workers, so as not to depend on foreign labor.

George Eustice, Secretary of the Environment, stated that the hiring responds to an “exceptional series of pressures on the pig sector in recent months”, including the coronavirus pandemic and the temporary suspension to some suppliers of pork from Great Britain of the authorization to export to China.

For the vice president of the National Farmers Union, Tom Bradshaw, the measures are a “step in the right direction”, noting that it is crucial that butchers from abroad get to Britain as soon as possible.

The British nation is facing labor shortages and difficulties in the supply chain, caused by the pandemic and the country’s exit from the European Union (EU), as it must be remembered that Brexit ended the right of citizens to the EU to live and work visa-free in Britain, which has caused gaps in the economy.

The nation also suffers from a shortage of truck drivers, which has led to shortages on supermarket shelves and congestion at British container ports.

Given this circumstance, traders have warned that there could be a shortage of turkeys and toys at Christmas, so the British authorities announced that will issue 5,500 temporary visas for poultry workers and 5,000 for truck drivers, to try to avoid a supply crisis before the end of the year.

Covid-19 and Brexit leave McDonald’s, KFC and Nando’s without supplies in the UK

Brexit: the controversial point plan for immigrants who want to work in the UK