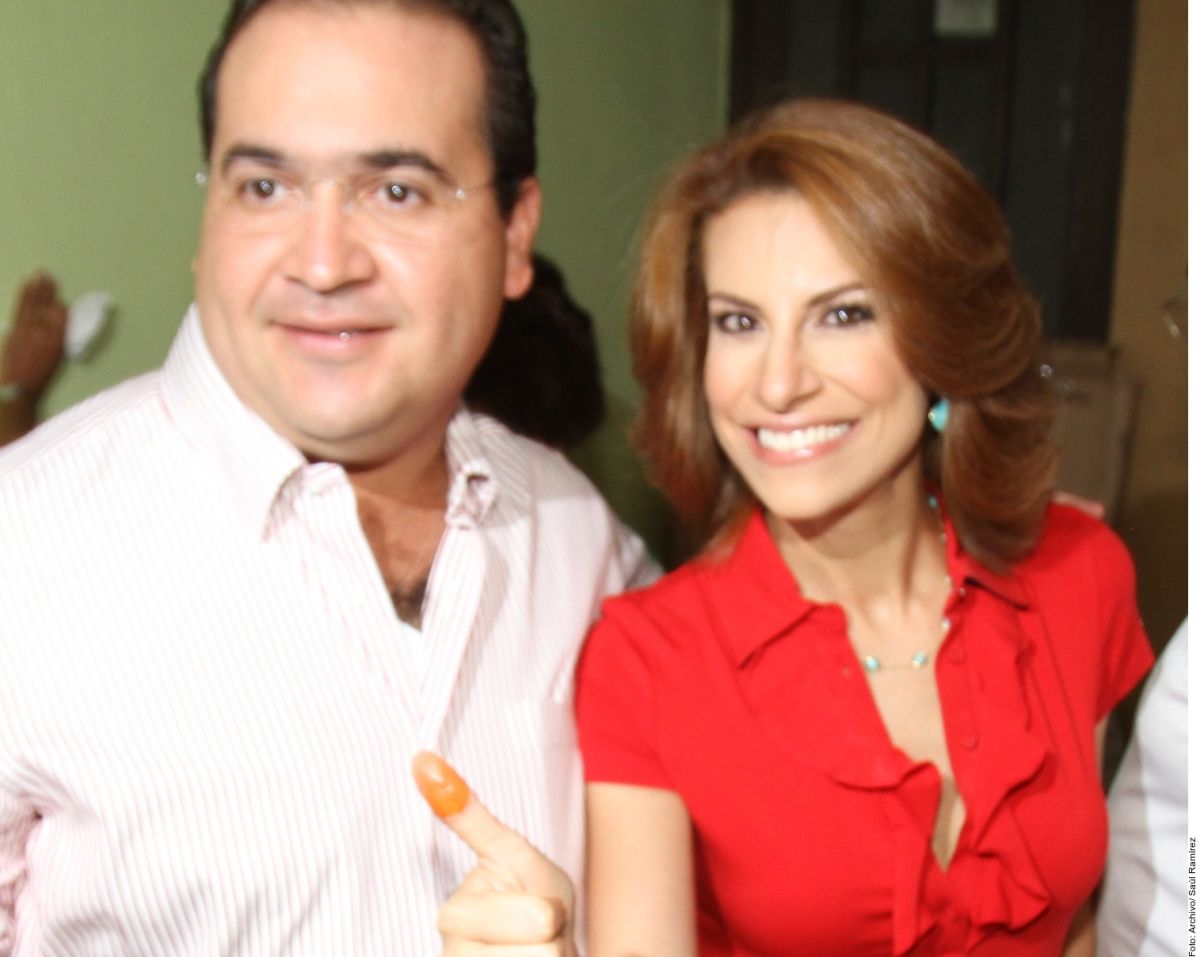 The Westminster Magistrates Court (London) gave the green light for the extradition to Mexico of Karime Macías Tubilla, former first lady of Veracruz, claimed by the Mexican authorities for alleged fraud.

The judge in the case, Paul Goldspring, said at a court hearing that the evidence is sufficient to warrant extradition.

Nevertheless, the magistrate indicated that he is referring the case to the Minister of the Interior, Priti Patel, who is ultimately responsible for giving the final approval for the delivery of Tubilla to Mexico.

Mexico requested the extradition of Tubilla, ex-wife of the former governor of Veracruz Javier Duarte, in relation to some fraud allegedly committed in the State System for the Integral Development of the Family (DIF), but which she rejects.

Tubilla was in the United Kingdom when in October 2019 he received a police notification to appear at a police station in Westminster, a neighborhood in the center of the British capital, as a result of an extradition order sent through Interpol.

Related: Trial against Karime Macías extends until 2022 in England

At that time Tubilla was released on bail, before the legal extradition process began.

During the hearings held in the Westminster Magistrate’s Court, by Judge Paul Goldspring, both Tubilla’s lawyer, Aaron Watkins, and the Mexican government’s, Mark Summers, presented their arguments on the extradition.

According to Watkins, Tubilla was not in charge of the alleged fraud in the DIF and argued that his extradition has been requested without presenting evidence on the economic crimes he is accused of, but that these are accusations based on suspicion.

Likewise, the lawyer rejected Tubilla’s link with her ex-husband, who has been sentenced to nine years in prison for criminal association and money laundering, and denied that the appointments made by Duarte in the DIF had any connection with his ex-wife.

On the other hand, the lawyer for the Mexican authorities argued that the evidence of fraud is complete and convincingand mentioned the testimonies of Laura Elena Vega Martínez, who was head of the DIF bidding department.

Karime Macías Tubilla, ex-wife of the former Governor of Veracruz, Javier Duarte, will appeal Judge Paul Goldspring’s decision to extradite her from the United Kingdom to Mexico as he stated that not a single peso came into his pocket while he was in charge of the state DIF and that she lives in England without luxuries.

Also interesting: Karime Macías will receive a verdict on her extradition next week

The Veracruz Prosecutor’s Office accuses her of an alleged fraud of more than 112 million pesos (5,600,000 million dollars) to the Comprehensive Family Development System (DIF) of Veracruz.

“I had an honorary position in the DIF of Veracruz for being the wife of the former Governor and today he is my ex-husband, a position equal to that of other wives of well-known local businessmen who are part of this assistance organization. Neither they nor I manage funds, nor do we decide on administrative matters or enter into any contract. Not a single peso made it to my bag, to the extent that there is no proof of it in the accusation,” Macías said in a statement.

“I demand that a single proof be shown publicly that I have unduly enriched myself. I assure the media that no one will be able to show it to them, simply and simply because it does not exist,” he insisted.

He indicated that she lives in England with her children, but without the slightest luxury.

“I live in England with my minor children up to date, without the slightest luxury as they wanted to make us believe. My economic situation is critical, it is far from what Yunes led society to believe in a Machiavellian way, from a multimillion-dollar campaign that he launched against me to dress me as a villain, thus generating an image that does not correspond to me. That damage is already done and I know that it is very difficult to reverse it,” she stated.

It may interest you: They deny suspension of the arrest warrant against Javier Duarte

Regarding Judge Paul Goldspring’s decision, she indicated that her body of lawyers will appeal the extradition decision.

“That does not mean that she will be taken to Mexico, much less that she is guilty. This is because today’s court decision, even though I respect it, I do not share it. Hence, the announcement will be appealed as it is my right and so my lawyers in the United Kingdom consider it,” she stated.

“I am not going to allow those falsehoods declared by those officials (who accuse her) to go unpunished. Procedures are already being followed in Mexico that will reveal the truth. In addition, we are about to demonstrate in amparo that the criminal action has already been extinguished,” she added.

Macías accused that in Veracruz the Government of Miguel Ángel Yunes and his team was in charge of putting together “illegally and maliciously” the accusation of fraud.

“They did it, abusing their charges to the point of torturing witnesses to testify falsehoods against me, which is already proven. They did it by controlling local judges and making it clear that the State Attorney’s Office is just an annex to the Governor’s office, without the independence that only exists on paper and not in reality. His plan was to massively spread a negative image of me and thus get me to be unfairly prejudged as guilty, ”he reproached.

“There were so many lies that were told about me through a massive communication campaign that Yunes orchestrated and managed to permeate society, which I understand is very difficult politically for those who succeeded him not to give continuity to the immoral persecution that he started against me. In addition, unfortunately, key people from Yunes who persist in trampling on the fragile rule of law in Veracruz and continuing with their immoral political persecution are still holding public office today, ” said the ex-wife of Duarte, imprisoned for money laundering and criminal association.