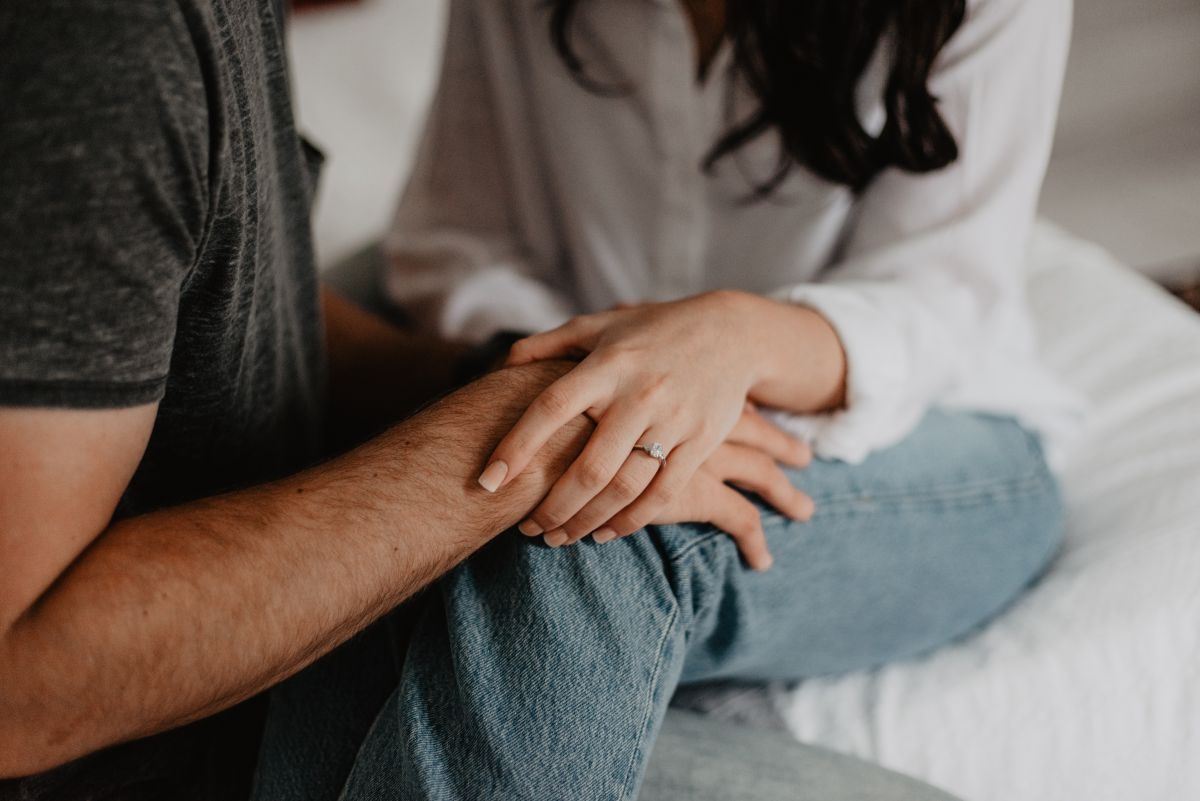 A Ukrainian refugee who broke off the relationship of a British couple who welcomed her into their home, defended herself by saying that the girlfriend is entirely to blame.

Sofiia Karkadym, 22, fled war-torn Lviv and was generously taken in by security guard Tony Garnett, 29, and his then-girlfriend, Lorna, in the UK earlier this month.

After 10 days, sparks began to fly between Karkadym and the humanitarian, heavily tattooed father of two.

Karkadym, who was a computer professional in the Ukraine, blamed Lorna’s growing suspicions for pushing her into Garnett’s arms.

“His constant suspicions, the tension, it just brought me and Tony closer together,” Karkadym told the British newspaper The Sun.

“She created this situation by constantly suggesting that something was going on when it wasn’t. So this is her fault.”

Karkadym claimed that his hosts’ relationship was already failing badly when he arrived in town.

“As far as I’m concerned, they destroyed their relationship long before I came along,” he said. “Their relationship was flawed. None of this is my responsibility. It was my decision to leave when I did and Tony decided to come with me.”

Garnett has finally abandoned his relationship with Lorna and is planning a future with Karkadym..

The refugee said her family has disowned her over the episode, arguing that other potential hosts will think twice before welcoming Ukrainians into their homes.

“They say that thanks to me, no one in the UK will accept Ukrainians,” he told The Sun newspaper. “Every family in the UK will now think: ‘I can’t take in a refugee because she will take my husband away from me.’ It’s about more than me, Tony and Lorna.”

But despite the tensions that surround them, Garnett and Karkadym continue to live together.

“I know it sounds like shit that’s happened, but you deal with the cards that you’ve been dealt,” Garnett said. “For me, the letters I received… it was a no-brainer. “I prefer to be happy. I know I did the right thing.”