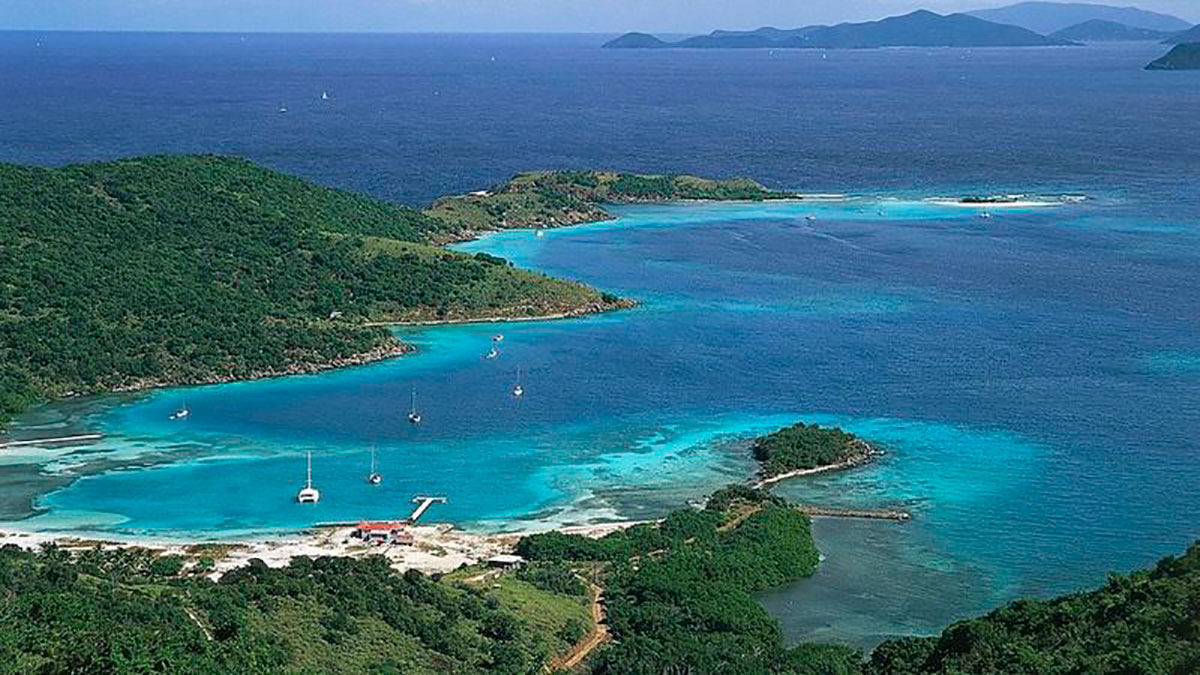 The British Virgin Islands (BVI) only have about 36,000 inhabitants, but they have more than 400,000 businesses. An average of 18 companies per person.

Put like this, one could imagine that this small British territory – which barely totals about 153 square kilometers – would be covered with skyscrapers and smoking factories where there would be incessant economic activity.

Instead, there are idyllic beaches and paper businesses. And it is that BVIs are considered one of the largest tax havens on the planet which, as journalist Will Fitzgibbon, from the International Consortium of Investigative Journalists (ICIJ), says, “Attracts legitimate corporations, celebrities, billionaires and criminals alike”.

That is also why every time an international scandal breaks out about funds diverted to tax havens, the name of the British Virgin Islands makes headlines.

That is just what has just happened with the most recent leak of financial information published by the ICIJ, known as the Pandora Papers.

It is a leak of almost 12 million documents that reveal hidden wealth, tax evasion and, in some cases, money laundering, by some of the richest and most powerful people in the world.

The data was obtained by the ICIJ which has been working with more than 140 media organizations, including the BBC’s Panorama program team. For months, more than 600 journalists in 117 countries have been sifting through the archives of 14 different sources for stories to be published this week.

On this occasion, one of the stories related to the British Virgin Islands refers to the registration of a company registered there that has been beneficiary of a multi-million dollar real estate operation to demolish former Soviet-era cinemasa in Russia to build shopping malls instead.

iStories, a Russian investigative journalism page that participated in the Pandora Papers investigation, discovered that behind this company is Konstantin Ernst, the president of Russia’s largest state television channel.

Ernst registered that company in 2014, the same year that he was in charge of organizing the opening and closing ceremonies of the Sochi Winter Olympics.

In his response to the ICIJ, Ernst noted that has not committed (and does not plan to commit) anything illegalWell, “that’s how his parents raised him.”

From the land of buccaneers to a tax haven

Located in the eastern Caribbean, the British Virgin Islands are made up of four large islands and 32 smaller islands and islets, of which about 20 are uninhabited.

Discovered by Christopher Columbus in 1493, these islands were occupied by the Spanish Empire in the 16th century, under whose control they were for a short time. By 1648, Tortola, the largest of the islands, was occupied by Dutch buccaneers.

A few decades later, they fell under the control of the British Empire, which in 1773 allowed the formation of a local civil government, the creation of a partially elected legislative council, and the establishment of constitutional courts.

They became a Crown Colony in 1960 and, in 2002, a British Overseas Territory, thus their inhabitants enjoy British citizenship.

IVBs began to adopt legislation in the 1970s that made them a destination for offshore investments and a tax haven.

Part of its appeal lies in its tax system.

“IVBs have almost no taxes: they do not have an effective income tax, capital gains taxes, or inheritance taxes, nor taxes on gifts, nor taxes on sales or added value ”, highlights in this regard the British NGO Tax Justice Network.

“It collects income mainly through the tax on wages, land ownership, as well as various commissions. This is a classic ‘tax haven’ pattern of getting small amounts of money from a large number of transactions and relying on locals to pay the bills, ”they add.

Their other great attraction lies in the facilities they offer to create cheap and simple paper companies that allow their owners to keep their names out of the public eye.

There are many valid reasons why a person may not want it known that they own certain investments, which is why this offer of discretion is attractive to both legitimate and non-legitimate investors.

This investment attraction scheme has been quite profitable, to the point that this type of financial and corporate services generate the equivalent of half of fiscal income, along with tourism, the other major source of financing in the country.

In 2019, the British Virgin Islands received some US $ 57,997 million in investments foreign direct, according to figures from the United Nations Conference on Trade and Development (UNCTAD).

Formally, that amount puts them ahead of developed economies such as Canada, Germany and France. However, since they are investments in paper, their real impact on the country is much less.

The appearance of IVBs in the Pandora Papers is not really a surprise, since in 2016 around half of the almost 250,000 offshore companies established by the Mossack Fonseca law firm and disclosed in the Panama Papers were registered in this territory. British overseas.

In 2018, a BBC investigation revealed that BVI-registered companies owned a quarter of property in England and Wales owned by foreign companies.

“The Caribbean archipelago is the official headquarters of companies that own 23,000 properties, more than any other country, “said the BBC, noting that this finding contributed to fears that this British territory is being used to evade taxes.

The involvement of the BVIs in various financial scandals in the past led Lord Oakeshott, a renowned British politician, in 2013 to say that these territories “stain the face of the United Kingdom”.

These scandals have also led to improvements in transparency mechanisms in recent years and to greater cooperation by the authorities of those territories with the international community to address tax evasion problems.

However, the facilities to keep information about the owners of these offshore companies away from public view seem to facilitate the occurrence of irregularities.

The British NGO Tax Justice Network criticizes the BVI policy of “not asking” and “seeing no harm” when it comes to facilitating business registration, which, it says, allows its owners to hide behind a sort of proxies for even greater secrecy as well as the establishment of companies easily and at low cost.

“This supposed efficiency in the registry has resulted in a carte blanche for BVI companies to hide and facilitate all kinds of abuses and crimes around the world,” says the NGO.

In spite of everything, the cooperation of the British Virgin Islands with the authorities of other countries has allowed this small territory in the Caribbean to remain outside the list of “non-cooperative” tax havens that the OECD elaborates.

That, of course, does not mean that IVB tax haven policies do not have an impact on tax evasion.

According to estimates from the Tax Justice Network, the British Virgin Islands they are responsible from a global tax loss equivalent to about $ 37.5 billion each year.