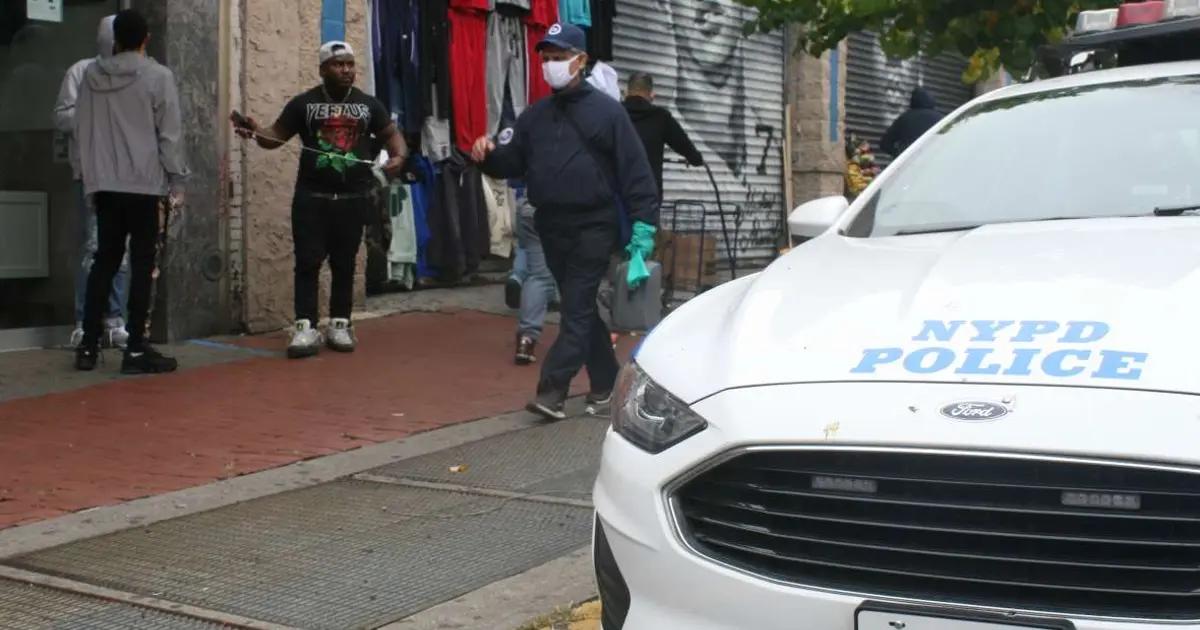 An elderly man and three teenage girls were hospitalized after being injured in a shooting outside a deli restaurant yesterday in a “quiet” neighborhood in the Bronx.

Police are looking for three suspects for the shooting in the West Farms neighborhood at 5:52 p.m., in front of “Bronx Deli Grocery” at 921 East 180th Street.

At the scene, a bullet hole in the front door of the eating establishment indicated what had happened. NYPD investigators collected evidence for hours after the shooting, including many bullet casings.

A 62-year-old man was among those shot. He was grazed in the face, according to NYPD investigators. The others wounded were three teenagers, ages 14, 15, and 17.

Before yesterday, NYPD crime statistics for the area, which is the 48th Precinct, showed a more than 70% drop in shooting incidents and victims in the last month compared to the same period last year.

Following the boom in shootings in 2020 and 2021, particularly among young gang members and/or victims, 2022 has maintained the same trend. In many cases, gunmen use “ghost” guns because they lack serial numbers to be traced and are often homemade.

Young people are increasingly central to New York’s gun violence as victims and perpetrators, particularly in shootings and knife attacks. A recent NYPD report found that recidivism among teens increased dramatically over the past five years.