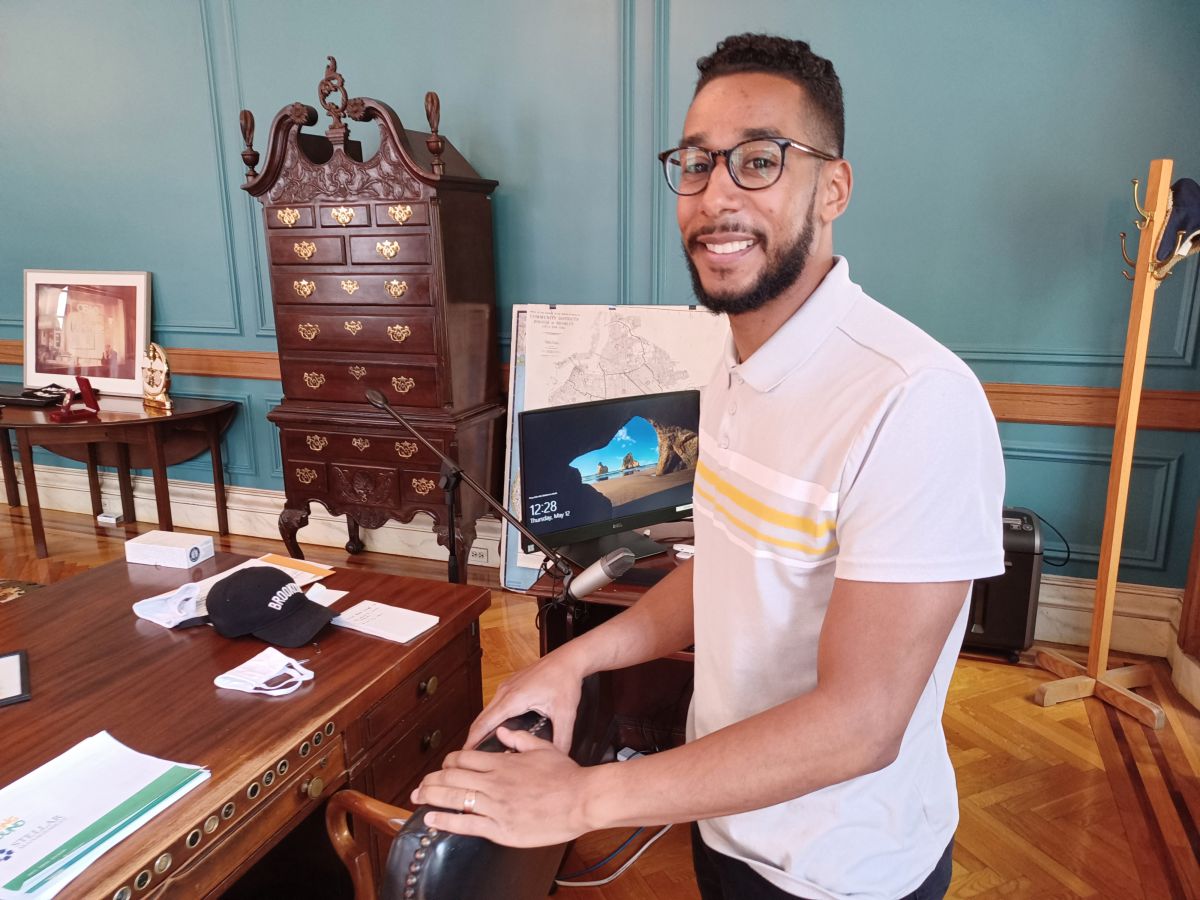 Since assuming the presidency from brooklyn county Antonio Reynoso is clear that he is walking through a territory of great opportunities, but marked by the criminal violence, the drama of homelessness and all the economic inequities triggered even more by the pandemic. But, in the specific reality of the most populous county in the Big Apple, there are other “battles” to be waged.

In her case, she is also staring at a very painful “number”: Black and Latinx pregnant people in that county have 9.4 times more likely to die due to complications before, during and after childbirth, when compared to whites.

“There are no statistics, neither in the poverty rate, nor in educational inequalities that compare with this. There is an abysmal trend that we are taking care of, through a comprehensive plan. Those are numbers we have set out to reduce.”, Reynoso maintained, during an editorial meeting with El Diario.

Indeed, one of the first actions he took in his position was to form a Maternal Health Task Force that looks at how this historical disparity, which he believes has never been consistently addressed in 40 years in New York, can be reduced.

“It has been a very important point in my work agenda. we want to invest $45 million to adapt service rooms, prenatal control programs and emergency care, in three public hospitals as Woodhull, King and Coney Island”accurate.

Some trends show that large numbers of women in communities of color don’t even have access to health checkups, even during the first seven months of your pregnancy.

In addition, the new approach is taking into account not only mothers who die at the time of childbirth, due to complications that can be prevented with routine consultations. But those who die even months after childbirth.

According to the latest confirmed reports from the New York City Department of Health (DOHMH), updated in 2020, an overwhelming 68% of pregnancy-associated deaths throughout the Big Apple have been Hispanic and African American women.

But if you take a look at this line, in every county, without a doubt, Brooklyn tops the list for this specific type of birth fatality with a 28%, followed by Queens at 21% and The Bronx at 16%.

“We want that in at least four years, Brooklyn be the safest county to have a baby. Right now it’s the worst place. More African-American and Latina women die here than in any other county from childbirth-related issues. And I want to change that,” Reynoso said.

The details of the plan shared by the Brooklyn Borough President not only provide increased physical and mental care, so that women have a healthy pregnancy and uncomplicated delivery. It also points to prolong attention as much as possibleonce they give birth.

More than half of pregnancy-related deaths occur among 43 days and one year after delivery.

The new strategy analyzed by a group of experts in this county proposes expanding programs that increase the duration of care for women in labor. In this same direction, it is necessary to give more importance to the postpartum home visiting services.

The goal is to focus support on programs that provide mental health, substance use and abuse services and draw as much as possible to people who have just had a baby from the circle of domestic violence.

“Mental health conditions are one of the leading causes of deaths associated with pregnancy with a 18% incidence rateof which 75% are attributable to overdose and 25% are attributable to suicide,” based on figures shared in the Brooklyn Borough President’s 2022 Transition Team Final Report.

Although the amounts of the next executive budget for fiscal year 2023 are being polished, Reynoso assures that he will not lower his guard, to seek associations and structure a team that will offer more comprehensive services to “save lives”.

And one of these associations to strengthen comprehensive care for pregnant women in the coming years was found with Mayor Eric Adams.

“Although we have very different points of view on other issues, the Mayor has told me that he will support us in these programs. The effort is aimed at structuring a care model even after a year of childbirth. It has never been done. And I think we will be from Brooklyn, a national point of reference”, Held.

In fact, Adams has proposed in his fiscal year 2023 budget ideas for reduce maternal deaths and childbirth complicationswith an investment of $3 million in a high-risk patient care program.

He also discussed the provision of $30 million for home health checkups to new mothers in 33 most affected neighborhoods by COVID-19.

Reynoso: we are planning to Brooklyn

Antonio Reynoso’s office, which was occupied by Mayor Eric Adams a few months ago, when he was Brooklyn Borough President, now it has inside a drum and a Dominican flag. For the first time in history, a Latino who also defines himself as “Afro-Caribbean”assumes the top executive position in the Big Apple’s most populous county.

The 39-year-old politician, of immigrant parents, raised in this county and who is not a newcomer to politics, before rising in the general elections in that position he had already served as a councilor for eight years representing Williamsburg and Bushwick.

“We are focused on presenting a very serious and reasoned planning design, which helps to overcome all existing structural injustices in our most vulnerable communities in Brooklyn. I am pleased that this proposal on maternal health has resonated. In this we are in tune with Mayor Adams,” said Reynoso.

But where there is no meeting point, between this Democratic politician who defines himself as progressive and the municipal president, is in the City’s strategy to combat the crime wave. Precisely in North Brooklyn there are neighborhoods that are at the top of the list of the most violent localities.

“Four months have passed with the policy of more police on the streets and the crime rate has not dropped. Now more than 1,000 officers have joined. I have a very different vision. It is necessary to invest more reasonably in the communities, in programs for young people, in fund actions. And that is exactly what my administration will be based on,” she concluded.

The drama of maternal mortality precisely this year it has been put on the table of priorities by the state of New York.

Last April, the New York State Maternal Mortality Review Board (MMRB), which has been identifying the causes of these fatalities since 2010, showed several findings in its most recent report for the month of April 2022. One of they is that cesarean delivery has 1.7 times more correlated with death, when compared to vaginal delivery.

It also reconfirms that African-American women continue to die from pregnancy-related causes. at higher rates than whites.

The data followed by the State show that the main causes of loss of life related to pregnancy were due to embolisms, hemorrhages and very strongly mental health conditions.

Keys of the Reynoso plan to reduce maternal mortality