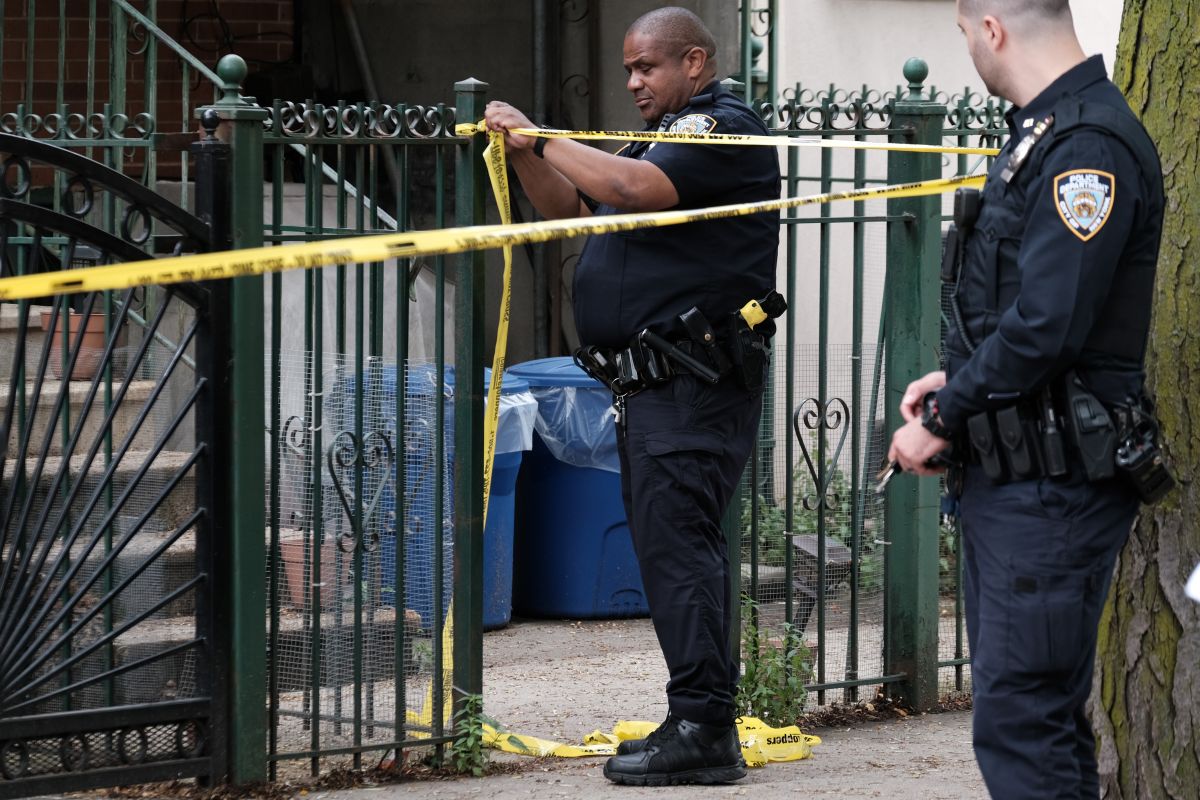 An elderly woman and four injured, including an 8-year-old boy, after a traffic accident where an enraged driver fled from police in Brooklyn.

The accident took place around 7:15 p.m. this Saturday at 163 Ralph Avenue in Bedford Stuyvesant. Authorities say officers tried to pull over the vehicle that had mismatched license plates. Upon approach, the suspect accelerated and headed north on Ralph Avenue.

“When our police officers got out of their vehicle and walked toward that vehicle on foot, that vehicle fled at an extremely high speed,” Deputy Chief Judith Harrison said at a news conference.

A 67-year-old grandmother, who was crossing the street, died after being hit by the car and an 8-year-old boy, her grandson, is in serious condition at the Maimonides Medical Center. In addition, a bicyclist and two other pedestrians were injured, who were treated for non-life-threatening injuries.

Two passengers who were inside the vehicle fled the scene. So far, one person is in police custody, but it is unclear if he was the suspect driving the car.

“We are asking our legislators to do a real analysis of the repeated crimes that the same people are committing. And we’re asking our prosecutors to prosecute New Yorkers, we don’t deserve this. We lost a grandmother tonight. We lost one of my neighbors. We lost a family member in my community. We have a child who is fighting for his life,” Mayor Eric Adams said.

“A small number of bad people think they can do bad things and get out of jail because we have a bad criminal justice system,” the Democrat said, adding that he was sure the suspects shouldn’t have been on the street.

“We are inviting innocent people to die in this city.”

The authorities are investigating the content of the security cameras to find the second suspect in the incident.