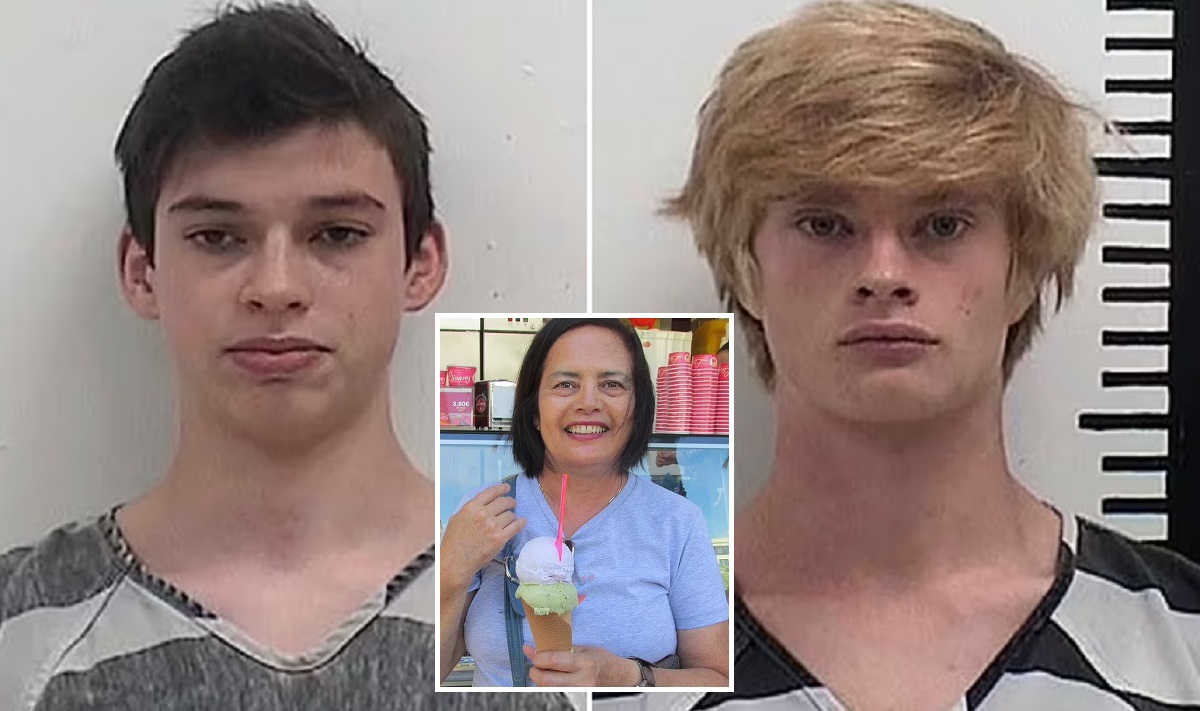 Jeremy Goodale and Willard Miller, both 16, beat their 66 years old Latina Spanish teacher to death with a baseball bat, in an attack that could be persecuted as a racial act, according to court documents.

In Iowa, the judicial process of this case that occurred on November 2, 2021, is advancing. It was revealed that Goodale and Miller spied on their teacher and ambushed her to give her a life-ending beating, mainly by blows to the head.

Nohema Graber, was originally from Mexico, but had lived in the United States for many years and was married to an American. She died in the city of Fairfield.

A Daily Mail sportsman notes that Graber left school, headed to a local park the afternoon she was attacked. Then, 42 minutes later, cameras caught her car leaving the park, followed by a truck.

A friend of Goodale would have shown the authorities Snapchat messages indicating that Goodale and Miller may have been responsible.

“They were involved in the planning, execution and elimination of evidence,” documents indicate.

It is even revealed that the teenagers were caught pushing a wheelbarrow, after Graber was killed. The body was discovered under the wheelbarrow and a tarpaulin, in a railway area, police revealed.

The new information does not yet reveal possible motives, but Graber was a teacher to both students.

The reports question the revelations of the Police, since it has been hiding information from the case, which first did not want to be related to a racial motive.

Goodale and Miller have been charged with murder after messages described by authorities reveal that Goodale described how him and Miller surveilled Graber and how she was killed.

The defense teams of the adolescents wanted the press not to be present at the judicial process, but the judge rejected the request.

Graber was known and loved in her community, having been a teacher at Fairfield High School since 2012.