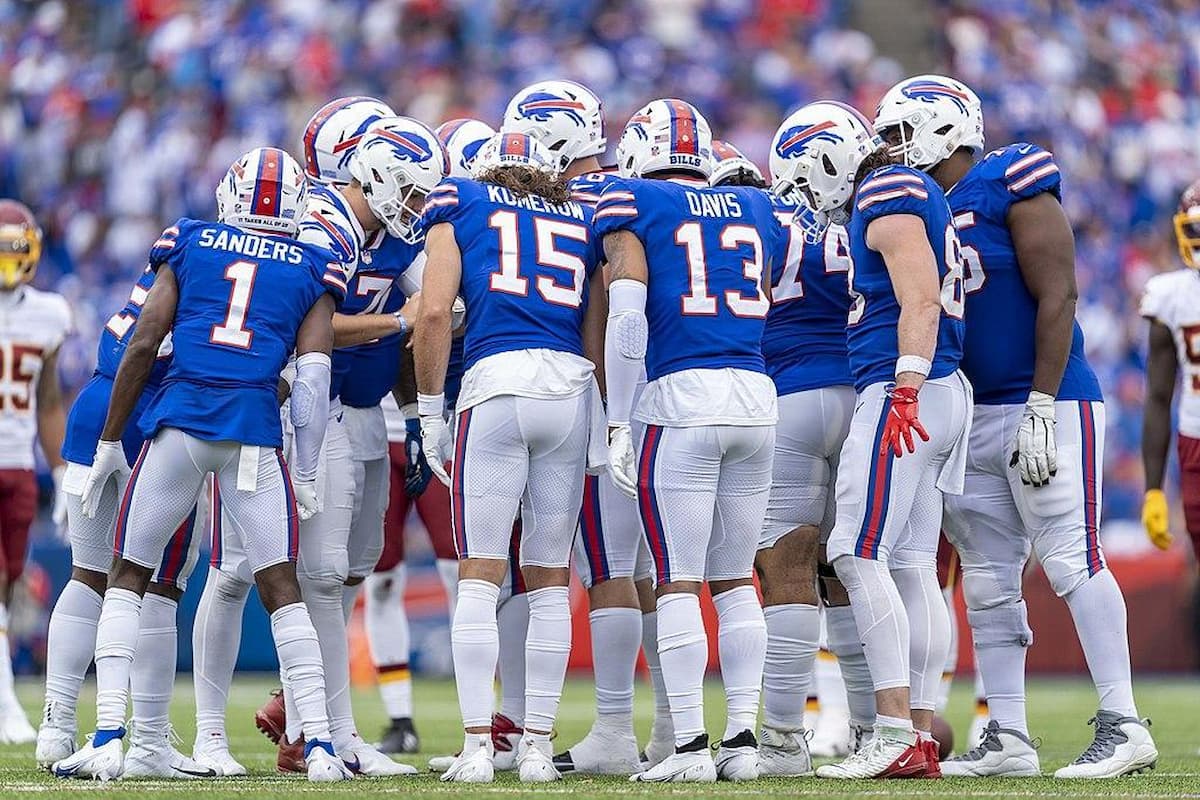 The 2022 NFL regular season is at the halfway stage, with the 32 teams having each played eight or nine of their scheduled fixtures. The conference and divisions are taking shape, and the Buffalo Bills are still the favorites to win Super Bowl LVII at the State Farm Stadium in Glendale, Arizona, despite slipping up to their second defeat of the campaign.

Buffalo Bills have reached the Super Bowl on four occasions but have the unwanted NFL record of losing all four of those fixtures. The Buffalo Bills navigated their way to the Super Bowl in 1990, 1991, 1992, and 1993 but returned home as the runners-up each time. It has been 30 long years since Buffalo Bills fans enjoyed the excitement of a Super Bowl, but the latest NFL betting odds suggest that the wait is almost over.

Carrying On Where They Left Off

The Buffalo Bills won the last four games of the 2021 regular season, finishing with an 11-6 record in the AFC East. This season saw the Bills continue their winning streak, beating the reigning Super Bowl champions Los Angeles Rams (31-10) in the kick-off game before demolishing the Tennessee Titans (41-7) t start the season 2-0. However, the Bills faltered against the in-form Miami Dolphins (19-21) before a run of four straight wins got their season back on track.

New York Jets, one of the season’s surprise packages so far, hosted the Buffalo Bills at the MetLife Stadium on Week 9. Buffalo led 14-10 going into half-time, but the Jets nudged ahead 17-14 thanks to a James Robinson touchdown following a Buffalo interception. The Bills scored a field goal to level the game before a 28-yard field goal from Greg Zuerlein put the Jets 20-17 ahead, which is how the game stayed.

The defeat at the hands of the New York Jets leaves the Buffalo Bills with a 6-2 record. However, the loss did not topple the Bills from their lofty perch at the top of the AFC East. Minnesota Vikings (7-1) travel to the Buffalo Bills’ home on November 13, with injuries ravaging the Bills’ roster.

NFL teams publish practice status reports to the media in the run-up to games, and the Bills report makes sorry reading, for Bills’ fans at least. Some 13 players were listed on the injury report, including MVP candidate Josh Allen. The star quarterback suffered an elbow injury in the 17-20 defeat at the New York Jets and is a serious doubt for the Vikings clash. Head coach Sean McDermott said they are monitoring Allen daily, which suggests he is doubtful for Sunday’s game against the in-form Vikings.

Should Allen miss out, former Vikings quarterback Case Keenum will step in and make his first start in a Bills uniform. Keenum has only started two games in the past 2.5 seasons and has never been a starter for the Bills. Although Keenum is a capable player, he is not a patch on Allen, so his inclusion significantly weakens the Bills’ offense.

It is not only the Bills’ offense that is suffering because linebackers Von Miller and Tremaine Edmunds did not practice either. Neither did defensive end Greg Rousseau or safety Jordan Poyer. Losing Miller, in particular, would be a significant blow to the Bills’ chances of turning over the Vikings. The two-time Super Bowl champion and eight-time Pro Bowler leads the active NFL players in career sacks, and he plays a crucial role in the Bill defense.

Times like these are when head coaches earn their colossal salaries, and McDermott will need to draw on his vast experience, in addition to hoping his medical staff can perform some minor miracles if he is to get through this sticky patch and guide the Bills to Super Bowl glory.