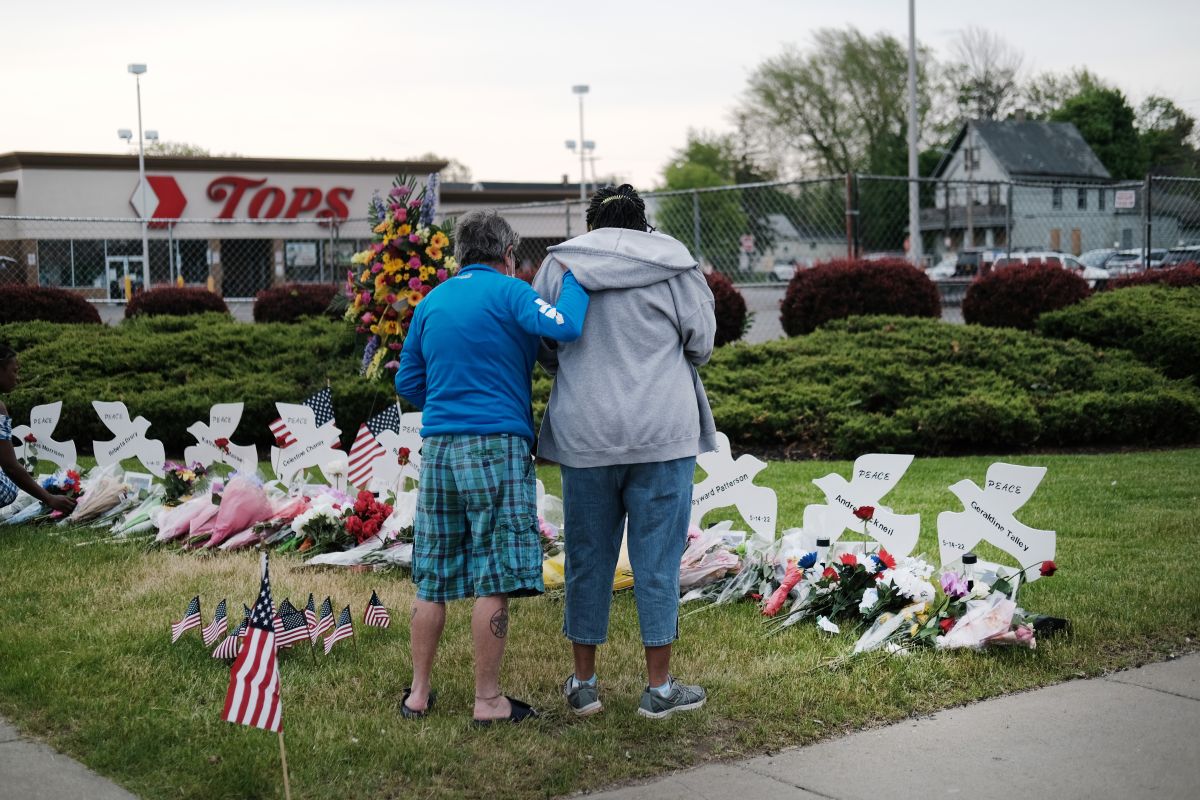 The city of Buffalo, New York, fell silent for 123 seconds on Saturday to mark a week since the mass shooting that killed 10 people and injured three others.according to CBS NY

Mayor Byron Brown announced Friday that the city would observe a moment of silence on Saturday beginning at 2:28:57 p.m. and ending at 2:31 p.m. The 123 seconds represents the time the shooting at Tops grocery store lasted. on Jefferson Avenue, on Saturday, May 14.

The moment of silence was observed by Brown on Saturday on the steps of City Hall.. The event was attended by New York State Attorney General Letitia James and Tops Friendly Markets President John Persons, among other local officials and members of the public.

The moment of silence was followed by the ringing of bells at various places of worship around the city.

Three other people were injured in the shooting: Zaire Goodman, 20; Jennifer Warrington, 50; and Christopher Braden, 55.

The shooter, Payton S. Gendron, 18, wrote a manifesto defending the ideology of white supremacy. The shooting was described by President Joe Biden as an act of “hateful domestic terrorism.”

Gendron has been indicted on first-degree murder charges.

– Joe Biden calls white supremacy a “poison” after racist shooting in Buffalo
– Buffalo shooting: what is the “replacement theory” that motivated the attack suspect
– The FBI investigates the massacre in which 10 people died in Buffalo as a racist hate crime