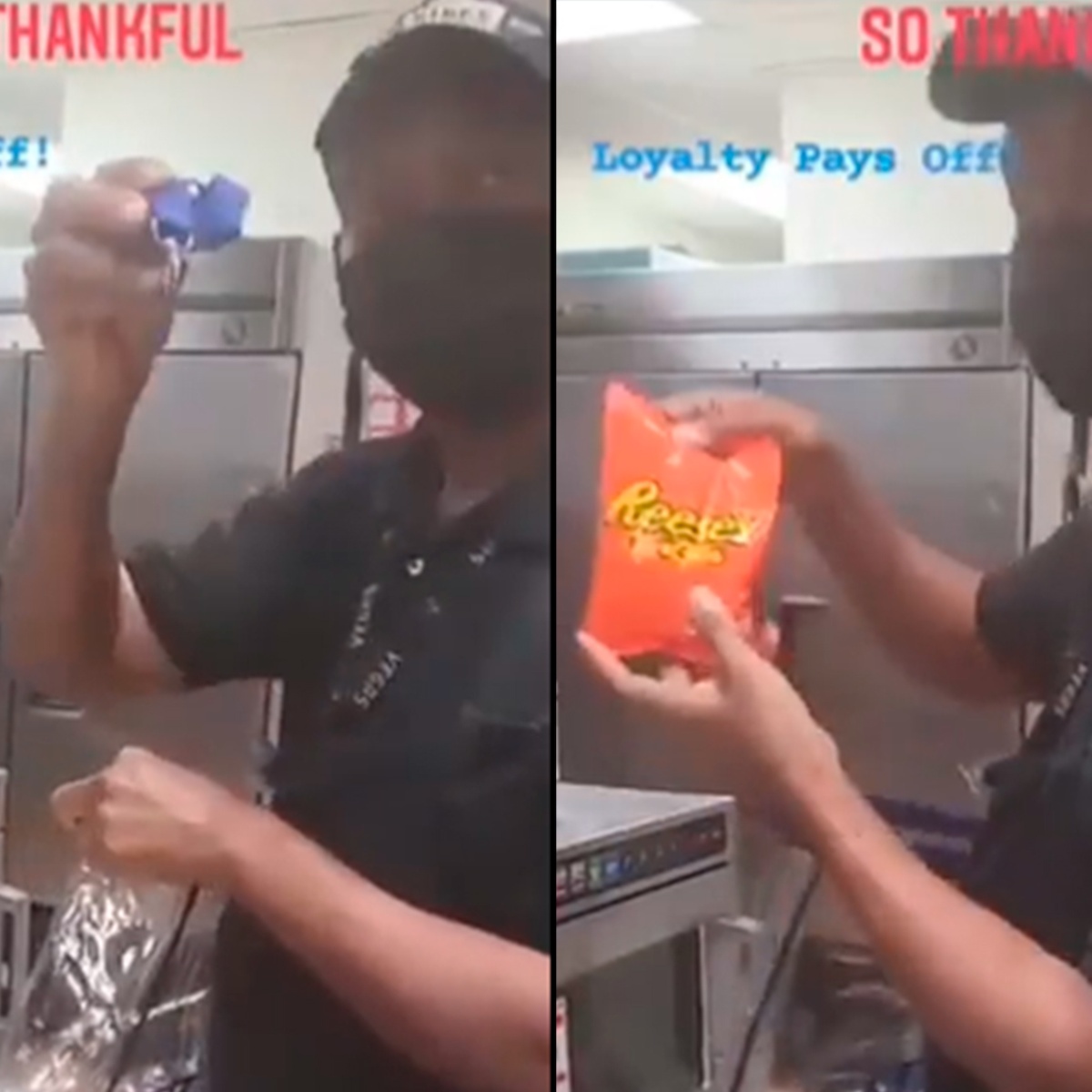 Can you imagine giving everything to the company you work for and in return only receiving ‘gifts’ that you could easily get on your own? So it happened to an employee of Burger King who received a stingy gift from the company on his retirement after 27 years of service.

Kevin Ford is the name of the worker who completed a cycle in the famous restaurant chain, specifically in the local Las Vegas International airport in the USA.

Everything seemed to be going well with the farewell until his teammates recorded him showing the ‘thank you gift’ the company gave him.

In the video, the subject can be seen displaying the contents of his gift, which basically consisted of a small transparent bag with some Reese’s brand chocolates, a Starbucks glass, a movie ticket, and pencils.

Given the virtualization of the clip and the outburst against the company, the worker told TMZ that he was happy to have worked there, although he was surprised by the gift.

“I am grateful for everything I receive. I’m not that kind of person, believe me, I’ve been through a lot. It was just things that they had laying around, that they put together, but I was happy about it,” the man said.

“We used to get checks for 20 years, and that’s what I really thought the movie ticket was. I was like ‘hey, they finally gave me my card,’ and then I saw that it wasn’t even two movie tickets, it was one,” added the Burger King worker.

According to People magazine, the media impact of the employee’s viral video was such that his daughter created a “GoFundMe” for him (a page to collect donations) and will use the money to celebrate the labor milestone of his hard-working father.

As we report in AmericanPost.News, the initiative was so successful that it managed to raise just over $55,000. Even actor and comedian David Spade donated $5,000 to the campaign.